As Pacific Island leaders meet this week, a new report details the impact of Australia’s offshore detention policy on refugee children on Nauru for the past six years.

The report says the situation for the 900 people detained on Nauru, 109 of them children, has surpassed the “worst fears” held by advocates when the policy was first implemented in 2012. 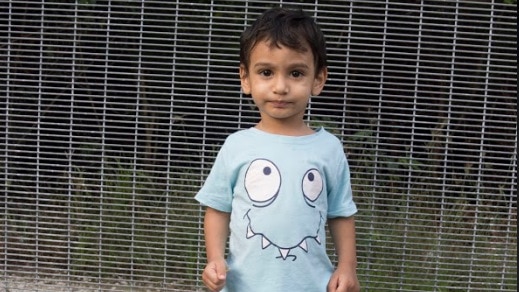 Authored by the Refugee Council of Australia and Refugee Asylum Seeker Resource Centre, the report found around 50 overseas medical requests were being actively blocked by the Australian government.

“In one case, by the time the Australian government agreed to let a young boy be transferred with his family, he was 36 kilograms and could not even stand,” the report said.

The report also states that “children as young as 10 are now attempting suicide, dousing themselves in petrol and becoming catatonic”. 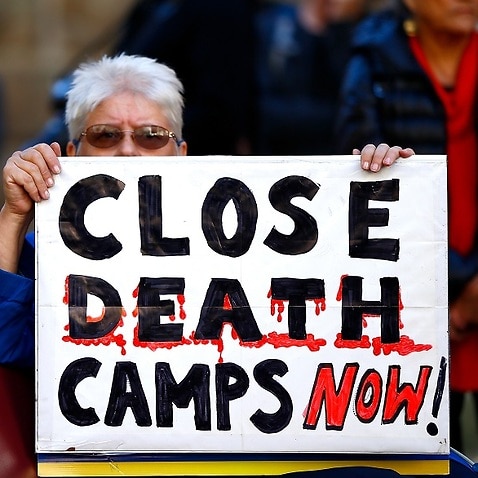 “Throughout the past six years, the Australian government has tried everything they can to hide the reality,” she said.

“Now when the region's attention is on Nauru, we are hearing reports on the ground that people who are in RP3, where families reside, they have been relocated, tents are being pulled down. Measures like that (are being taken) to increase secrecy as much as they can.”

The Asylum Seeker Resource’s director of advocacy, Jana Favero, said her organisation was forced to employ two more caseworkers in the last few months to cope with the volume of requests. 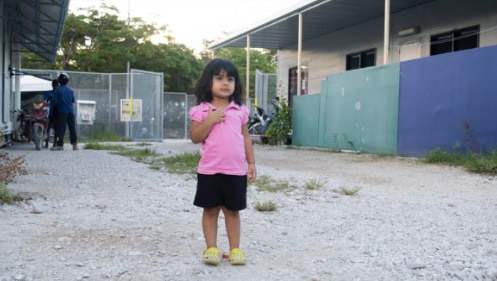 The family of two-year-old Roze have been on Nauru for five years.
World Vision

“We had one person working in our detention advocacy program in January. It is now three people. So we have had to increase it by 300 per cent because of the demand.”

Even then, between 15 and 20 people remain on the waiting lists.

“We have children calling our detention advocates crying and pleading for help on a daily basis. There are parents calling and saying they can't get any fluid into their kids, begging, asking what they can do.

"I know it’s awful saying people are broken but that’s exactly what’s happened, people were broken five years ago and they have continued to deteriorate." 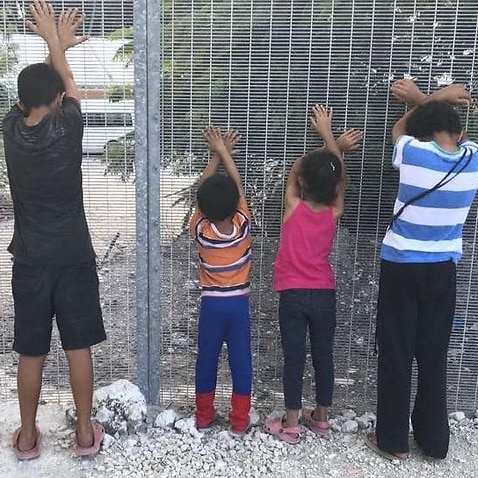 The report’s release comes as a coalition of 84 non-government groups issue an open letter calling for Australia’s offshore detention policy to be on the agenda of the Pacific Islands Forum.

“While it is hard to call out close neighbours and allies, the Pacific Leaders Forum is the correct space for this urgent discussion,” the letter organised by Amnesty International states.

“It is important that Pacific Island countries hold Australia and each other accountable to human rights obligations for all refugees and people seeking asylum.”

The letter calls for the government to transfer people on Nauru and Manus to Australia or another safe third country. It also appeals to Pacific leaders to act.

“We sincerely urge Pacific Island Forum leaders to also ensure the human rights of refugees in their territories are protected,” the letter states.

“There have been 25 legal interventions where the kids on Nauru have been flown to Australia. So when we can get to the point where we are able to get the medical records, speak to kids and link them to lawyers; they go to court in Australia, they are then being brought to Australia.

“But that has been 25 (kids) over the last 8 months. And if we keep going at this rate, it will take 40 months before we can get all the kids off Nauru.

The Australian government has tried everything they can to hide the reality.

“And as we have heard from whistleblowers who have left recently the children on Nauru are some of the most traumatised children they have ever seen, and they very worried that they are about to die.”

Media access to the forum has been restricted with a number of Australian media organisations refused visas to cover the week-long event, which ends on September 9.

Prime Minister Scott Morrison will not be attending opting to focus on tackling the drought facing Australian farmers.

“Let me tell you about compassion,” he said. 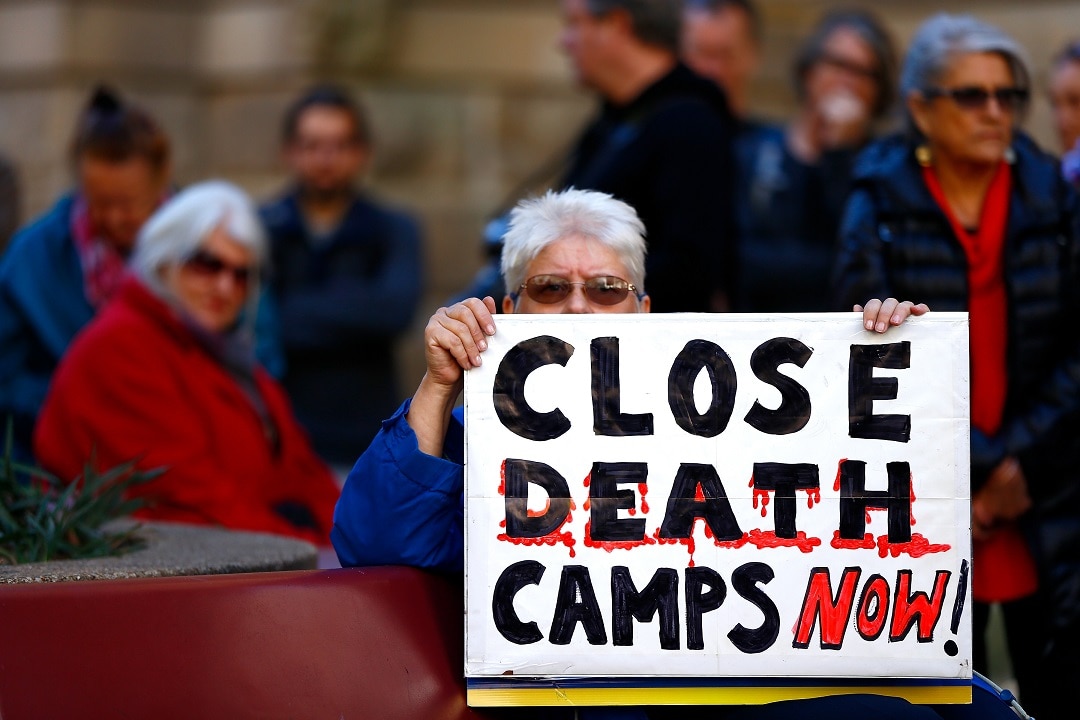 Some Australians have taken to the streets to show their opposition to offshore detention.
AAP

“I stopped the boats because I was sick of seeing people dying at sea. It was not an easy decision, it was a tough decision.”

“I carry every single decision I made. I understand the consequences of my decision, I weigh them up in the national interest, and I remain strong and firm in my decisions.”

Ms Favero said she was surprised at the finding of a World Vision survey last month which found 60 per cent of Australians surveyed did not know refugee children were being detained on Nauru.

“It is awful to see the situation the current policy has got to, but my hope really lies with the Australian people and Pacific Island leaders,” she said.

“And I hope the report we have put out will provide people with the opportunity to see what is actually happening and then there will be leadership in our community demanding that there is an end to offshore processing, and in the first instance, that all kids are off Nauru.”

Ms Nicholls said refugee advocates are working around the clock to ensure more lives are not lost.

The report said five people have died, two from suicide.

“We are doing everything we can to get the 109 children and their families off Nauru to Australia,” she said.

“Doctors are telling us that a child will die if the situation is not resolved because they are seeing such a dramatic escalation in the health crisis.”

In a statement provided to SBS News on Monday evening, the Department of Home Affairs said it consistently refutes the claims by advocates but said it welcomes independent scrutiny.

"The Department takes the health and safety of refugees and transferees in Nauru very seriously and welcomes independent scrutiny of Australia’s support of regional processing arrangements," the statement said.

The Department said support is being provided to refugees, including children, on Nauru.

"Incidents involving minors on Nauru are referred to the Government of Nauru Child Protection Unit.

"A range of care, welfare and support arrangements are in place to provide for the needs of children and young people. Service providers are contracted to provide age-appropriate health, education, recreational, wellbeing and cultural services and activities.

"All refugee and transferee families are now living in accommodation in the Nauruan community."