In a bid to keep young people with disabilities out of aged care facilities, an organisation in Melbourne has launched a new type of portable house.

Luke Nelson was born with cerebral palsy and vision problems, so getting around had always presented challenges.

He lives independently but said it was a long and difficult process to make his house fully accessible.

“I’ve knocked over a few walls in my time, I’ve done some damage,” he said.

“Your standard doorway is not big enough for a person in a wheelchair, you need a bigger doorway." 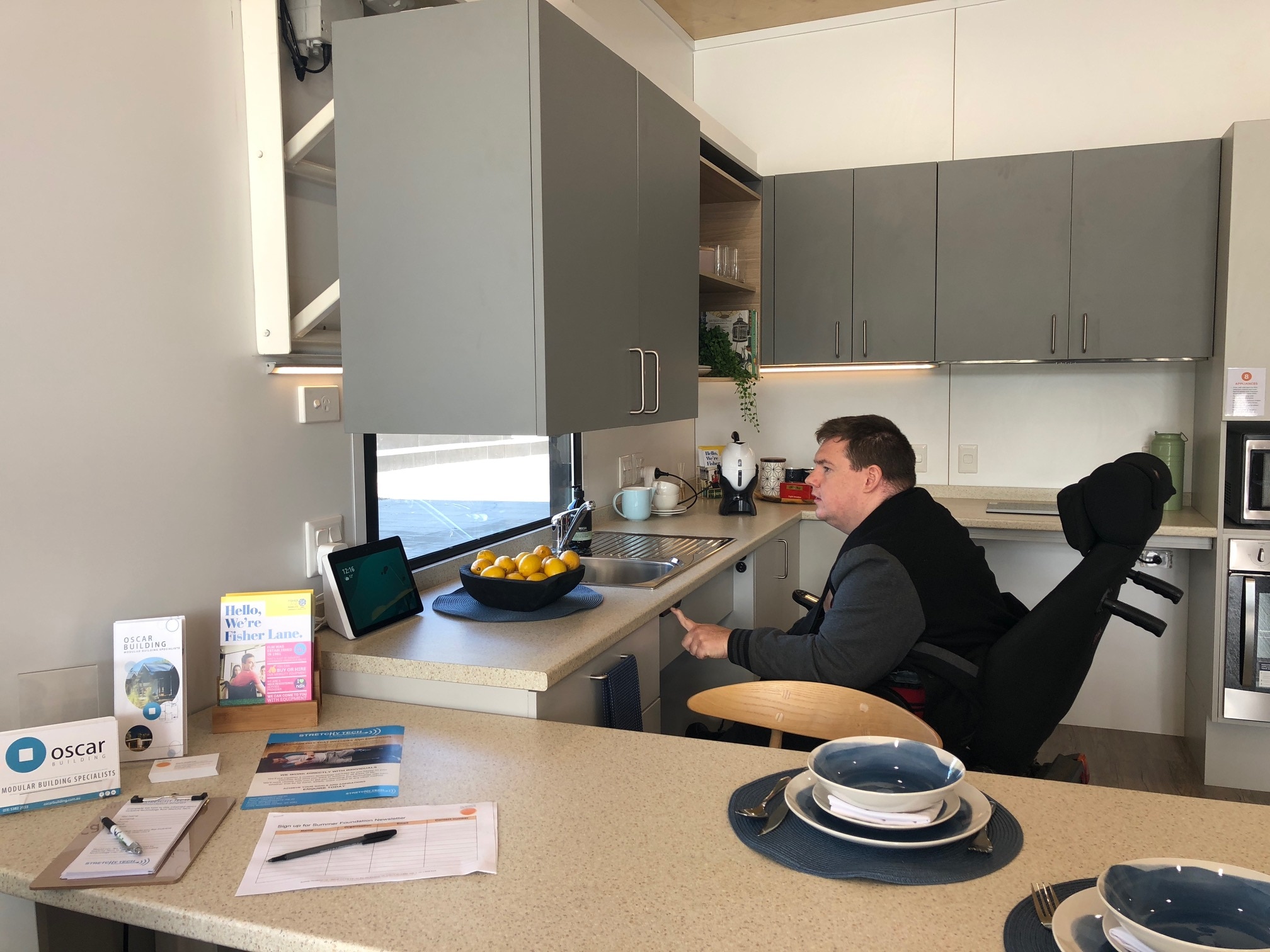 The Summer Foundation said thousands of people who became disabled from accidents or strokes, were left with nowhere to go after they're discharged from hospital as their homes were no longer suitable.

Acting CEO Carolyn Finis said the only option for many was nursing homes.

More than 6,000 people aged under 65 were currently residing in Australian nursing homes, a growing problem that's come into the spotlight during the Royal Commission into Aged Care.

Ms Finis said although a stay in a nursing home was meant to be a temporary solution, it often became permanent for some.

“There can be quite a long time lag or gap for someone to achieve a long term solution and often that gap means someone is forced to go into aged care," she said.

“People lose confidence. We find it’s extremely difficult for young people to exit aged care once they go in.” It’s a problem that sparked the design of a high tech housing unit, which is a pre-fabricated flat that many are calling a game-changer.

Once permits are approved, the unit takes around 4-6 weeks to build and is delivered almost complete.

It has wide doorways, a disability accessible bathroom, ceiling hoists in the bedroom,  voice-activated appliances and height-adjustable benches and sinks.

“We’re already thinking of what we’re going to do better in the next one, this is a first for us,” he said.

A small unit costs around $160,000 to construct and is designed to fit in a backyard or space of at least 10x12m in size. Construction would be subject to individual council approval, but Mr Op de Coul said once they have the unit on site it took only 2-3 weeks to make it fully operational.

It's marketed as an interim solution to fill a gap while an existing home is upgraded, allowing someone with a new disability to return to their old life as soon as possible.