Warren Entsch has dismissed suggestions Australia needs to "save" the Great Barrier Reef.

The new Special Envoy for the Great Barrier Reef has declared the World Heritage site doesn't need "saving", while taking a swipe at climate change activists for "indoctrinating" school students who protest the issue in Australia.

Queensland MP Warren Entsch, who was appointed to the new role on Sunday, acknowledged climate change was a challenge for the reef, but said his priority is to reduce plastic in Australia's oceans.

But Mr Entsch said he was unmoved by student climate protesters who frequently targeted his electorate office, saying he had witnessed adults "coaching" some of the young people involved ahead of visiting his office.

"They're frightening the living hell out of kids. It's like child abuse and I think they should be held accountable," he told SBS News on Tuesday. 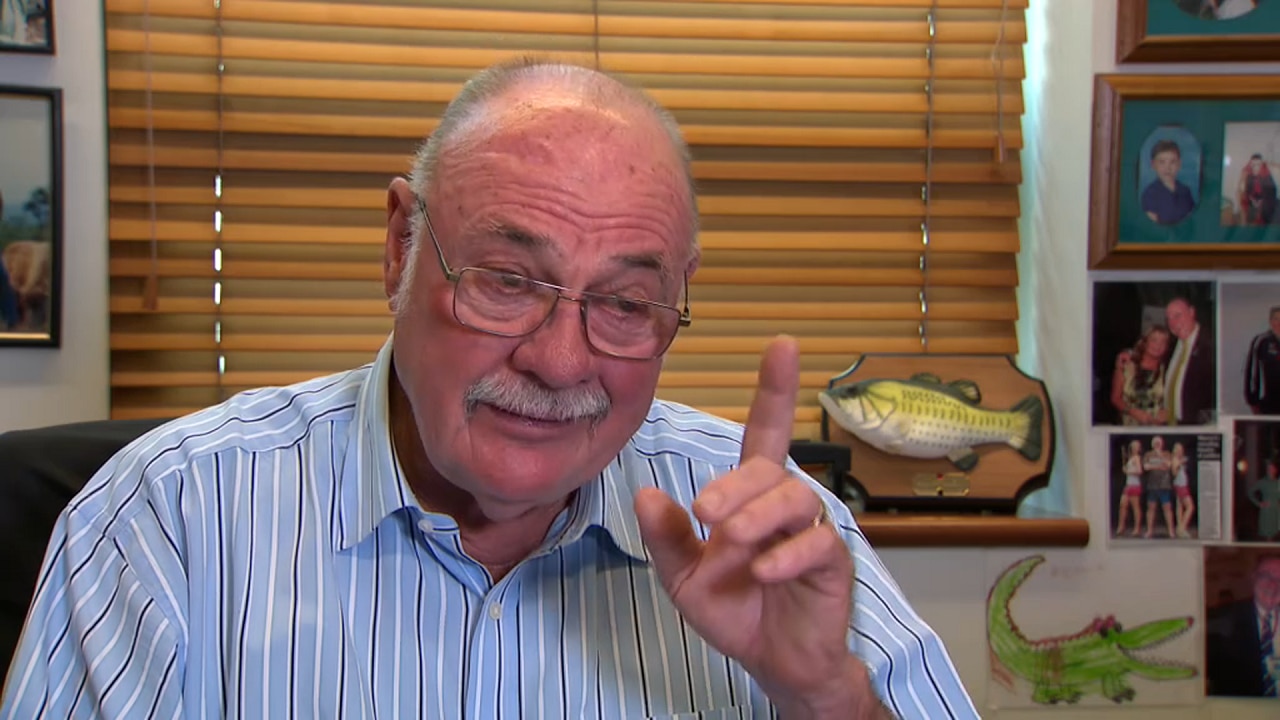 He said "hostile" and "dishonest" activists were "giving kids nightmares because they don't believe there's a future".

Climate strikers have targeted the outspoken MP who represents the electorate of Leichhardt which covers Cairns and far north Queensland. 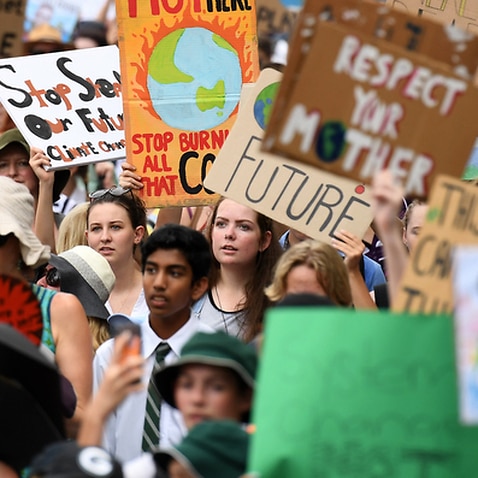 A small group of protesters greets Australian Prime Minister Scott Morrison and Warren Entsch MP during a visit to the Australian Institute of Tropical Health.
AAP

He said Australia needed "solutions not slogans" around climate change.

A war on plastics

Mr Entsch has vowed to legislate a national approach to reducing single-use plastics with the ultimate aim of phasing them out entirely.

But he dismissed the idea the Great Barrier Reef was facing any kind of existential threat, instead declaring his mission is to reduce the amount of plastic in Australia's oceans.

"We don't need to 'save the reef'. The reef is functioning well. There are lots of challenges. We need to continue to manage it and meet all those challenges," he said. 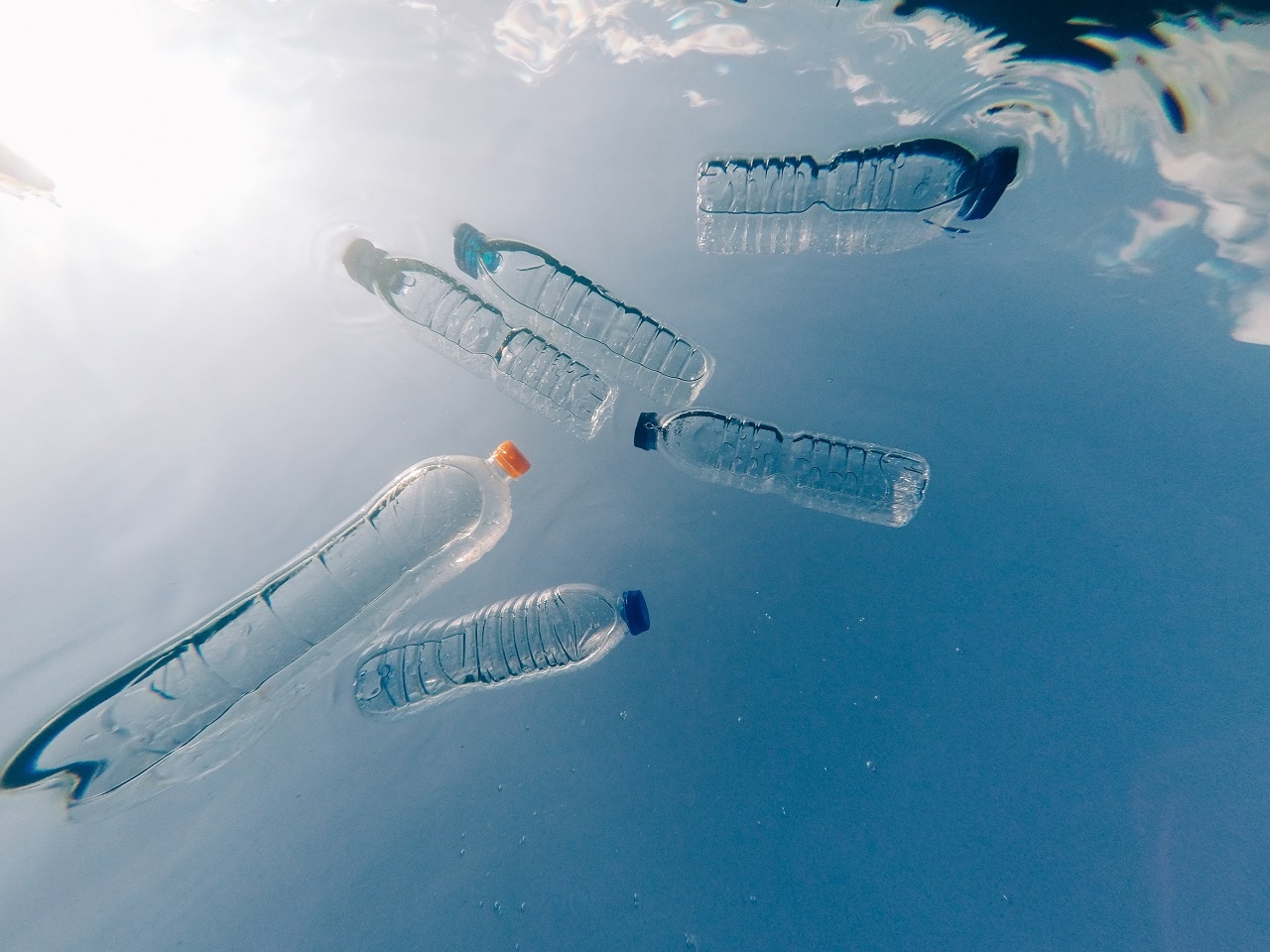 Plastic in the ocean.
Getty

He nominated curbing plastics in the oceans as the main challenge he hoped to address as envoy, committing to a national policy on plastics.

Mr Entsch said he was inspired by the actions of school student Molly Steer, who started the Straw No More campaign.

"What we have in the oceans is horrifying," he said, adding that images of sea life ingesting plastics "keeps me up at night".

What we have in the oceans is horrifying

Mr Entsch said he wanted Australia to develop the "world's best technology for recovering these products once they're out in the environment", which could then be used by other nearby countries.

He advocated eventually phasing out single-use plastics locally and looking for environmentally-friendly alternatives. 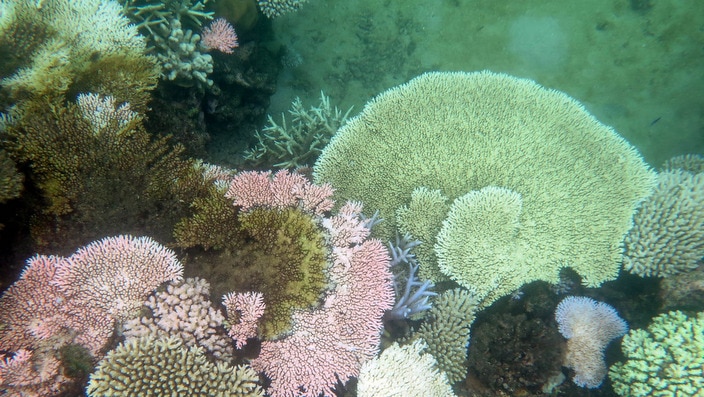 The MP also downplayed coral bleaching, saying he was "really concerned [but] bleaching has been happening forever".

Bleaching occurs when warmer ambient temperatures cause coral to expel tiny photosynthetic algae, draining them of their colour.

"In some areas that were most severely bleached a few years ago, the recovery has been phenomenal," the Queensland MP said.

But some scientists do not share Mr Entsch's optimism.

Last month, a study published in the journal Nature found the damage caused to the Great Barrier Reef by climate change had compromised the capacity of its corals to recover

Researchers found the number of new corals settling on the Great Barrier Reef declined by 89 per cent since back-to-back heatwaves bleached the World Heritage site.

Declining Coral replenishment on the #GreatBarrierReef comparing before (a) and after (b) mass mortality of adult brood stock in 2016 & 2017, due to global heating. Blue wedge is brooders, yellow is spawners, showing a shift in species composition. https://t.co/eNvVAq84tR pic.twitter.com/bRWEAhDpvO

They discovered a "crash" in coral replacement compared to levels measured in years before a mass bleaching event.

Professor Terry Hughes, director of the ARC Centre of Excellence for Coral Reef Studies at James Cook University, said "there's only one way to fix this problem and that’s to tackle the root cause of global heating by reducing net greenhouse gas emissions to zero as quickly as possible".

Co-author Morgan Pratchett said "we used to think that the Great Barrier Reef was too big to fail - until now".

The Great Barrier Reef is also under strain from an almost-invisible problem. 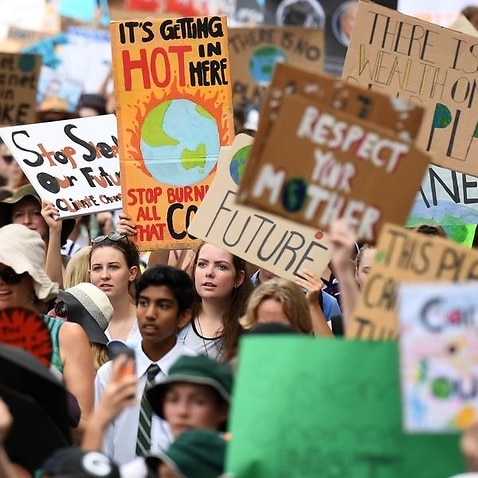 She said "bags, containers, food wraps can all eventually break down into microplastics".

"We're not sure yet the potential impact on reef organisms ... [But] it's better not to have it in the environment."