Lee Hsien Yang is locked in a long-running row with his sibling, Prime Minister Lee Hsien Loong, accusing him of seeking to capitalise on the legacy of their father.

The Singapore prime minister's estranged brother has joined an opposition party ahead of elections next month, presenting a new challenge to the country's long-ruling government.

The city-state's parliament was dissolved Tuesday for a general election on 10 July, even as the country struggles to recover from a major coronavirus outbreak that has swept through migrant worker dormitories.

Lee Hsien Yang is locked in a long-running row with his sibling, Prime Minister Lee Hsien Loong, accusing him of seeking to capitalise on the legacy of their father, Singapore's late founding leader.

The 62-year-old met with Tan Cheng Bock, the leader of new opposition group Progress Singapore Party (PSP), Wednesday morning and revealed that he had recently become a member. 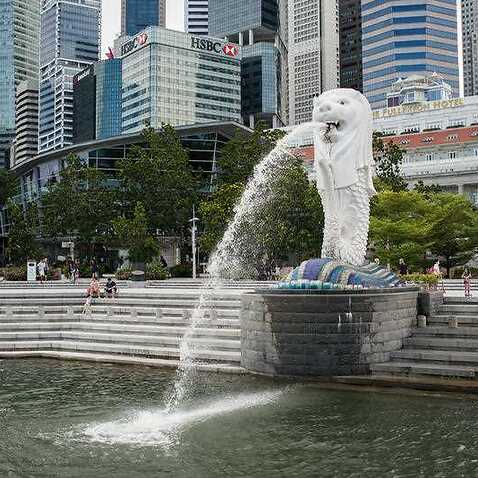 Singapore is removing most of its coronavirus restrictions, but 'super-spreader' venues to stay shut

"I joined the party because I think that (Tan) is committed to doing the right thing for Singapore and Singaporeans, and he loves the country and has brought together a group of people who share his vision," he told reporters.

He would not be drawn on whether he planned to run as a candidate in the election.

Mr Tan, a popular figure who was once a lawmaker with the ruling People's Action Party, said that Lee Hsien Yang was "not just an ordinary person".

"His father is the founder of Singapore, so that's very important," he said. Their party, launched last year, will not threaten the PAP's decades-long hold on power but the combination of a Lee family member and Mr Tan could draw some voters away from the ruling party, observers believe.

Lee Hsien Yang, a business executive, and his sister Lee Wei Ling fell out with their prime minister brother following the death of their father, Lee Kuan Yew, in 2015.

The Lee family row centres on allegations made by the premier's siblings that he is seeking to block the demolition of a family bungalow to capitalise on Lee Kuan Yew's legacy - something he has denied.