President Donald Trump, who has repeatedly assailed the Black Lives Matter movement, did not immediately comment on the sign, done in giant block lettering in school-bus yellow, which filled the pavement outside his flagship hotel.

But when the plan was floated last month he accused the city's Democratic leaders of "denigrating" the famous street with a "symbol of hate."

Around a dozen volunteers from different organisations painted the slogan, with civil rights leader Al Sharpton and Mayor Bill de Blasio picking up long-handled paint rollers to add some touches of their own. 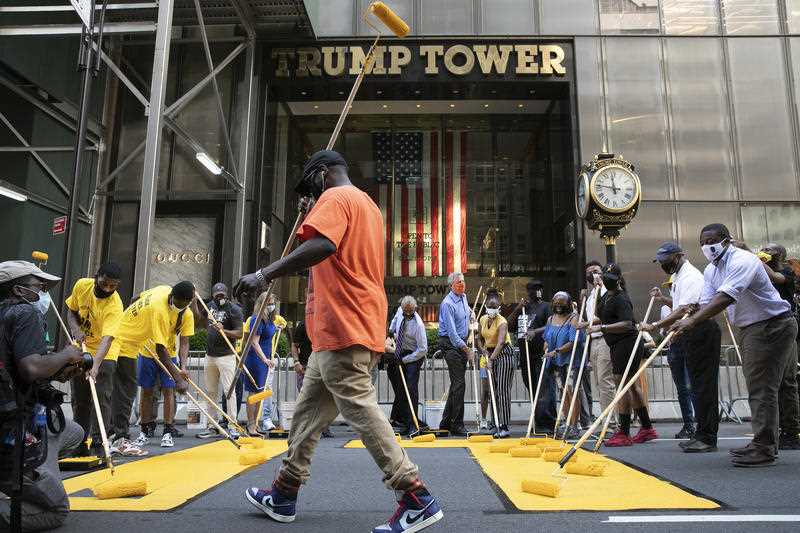 "A painting is a nice symbol, but it doesn't address systemic racism in any way. So as cool as it is, it's important to focus on that," said Francie Brewster, a 17-year-old who had come to watch.

Similar murals have been painted in other American cities in support of the BLM movement, which has been at the forefront of public consciousness following weeks of anti-racism protests.

The demonstrations were sparked by the killing by police of George Floyd, an unarmed black man, in Minneapolis in May.

Washington Mayor Muriel Bowser renamed an area on her city's 16th Street, a block from the White House, as Black Lives Matter Plaza, unveiling a giant yellow mural on that street. The area has become the epicenter of anti-racist demonstrations.

Trump Tower, a luxury skyscraper near Central Park, is where Mr Trump lived before leaving for the White House in January 2017.

He stays there when he visits his hometown, although such visits have grown relatively rare. 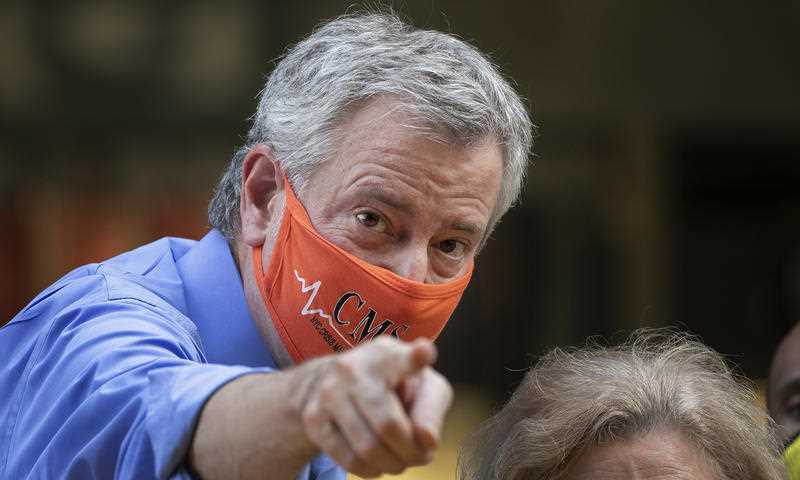 The president changed his official residence to Florida last year, but his business empire remains headquartered in the Big Apple.