New Zealand's incoming governor-general, Dame Cindy Kiro, says she will champion the Māori language and understanding Māori values in the role - adding that Australia too is grappling with its Indigenous culture and past. 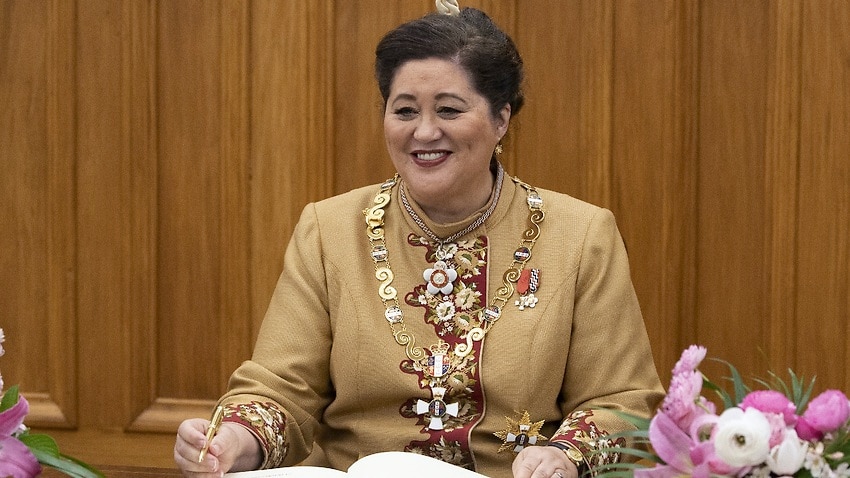 New Zealand's new governor-general Dame Cindy Kiro, the first Māori woman to be appointed to the role, has vowed to continue her lifelong social justice activism in the vice-regal role, pushing to make Aotearoa a more culturally confident place during her term in office.

Dame Cindy took the office in a socially-distanced but stately ceremony at Wellington's Parliament House this month, becoming the first Māori woman to hold the role.

Her speech, with Prime Minister Jacinda Ardern and a who's who of Kiwi society in tow, suggests she won't be putting her advocate's cap in the closet just yet.

"I will reach out to those marginalised in our society, whether because of disability, homelessness, discrimination, addiction, or mental health issues," she said.

She also pledged to support New Zealanders to reckon with their past and further embrace the country's Māori origins - inclusive of the bloody wars between indigenous and settlers, and the land confiscation that followed.

"I've been gratified to see New Zealand's increasing desire to engage fully and honestly with our history, notably through annual commemorations to mark the New Zealand Wars," she said.

"In my lifetime, I've seen a remarkable shift in attitudes towards te reo Māori (the Māori language).

"It's a joy to see so many New Zealanders eager to learn the language, as it is by far the best portal to an understanding of te ao Māori (the Māori world) and I will continue to be its champion."

'We have to own up to our past'

In an interview with AAP, Dame Cindy said she would unapologetically pursue a greater understanding and acceptance of Māori values among all Kiwis.

"In order to be a country that is united and moving forward, we have to own up to our past and embrace the diversity of our future," she said.

"It's an essential part of maturing. There is a lot of ceremony in the role as a constitutional role, but there's a lot of community outreach in the role too."

Her approach, at odds with Australia's more hands-off governors-general, may cause consternation among NZ's conservatives.

Leading opposition politician David Seymour railed against Dame Cindy's predecessor, Dame Patsy Reddy, for her climate advocacy and interpretation of the Treaty of Waitangi, the country's founding document signed in 1840.

Dame Cindy said she didn't know whether she would be criticised herself but she "had to stay true" to her values.

"We have to reconcile ourselves to the fact that we have a history. We are Māori. We are Tangata Whenua (people of the land). And in order to move forward we have to have a respectful relationship with the treaty," she said.

High office is nothing new for Dame Cindy.

In addition to her stint as Children's Commissioner, the Whangarei-born 63-year-old has held senior roles in the Auckland District Health Board and several universities.

She said the one constant was her appetite for hard work.

"I don't just put my foot in the water and dabble. I basically jump in the pool and swim around and try my best not to get everybody else drowned in the process," she said.

"I don't know what's going to come of this, I'm going to make the most of the next five years."

She lived in Adelaide and worked at the University of South Australia after marrying her first husband, an Australian, and her two NZ-based sons retain Australian citizenship.

Dame Cindy sees plenty of "change afoot" in Australia, and a similar eagerness to have a "more honest representation of the past".

"What I feel very strongly New Zealand's been grappling with, maybe a little more directly and for slightly longer (than Australia) but it's something that we share," she said.

"As both two Commonwealth countries, two close neighbours, and also two countries with a history of British occupation.

"How we live with both the reality of that history, and also create a model of future which is based upon at least pluralism ... as well as a multicultural future.

"We're both grappling with this but there's a lot that we can do together."

Dame Cindy said she would also look forward to her first conversation with Canada's new governor-general Mary Simon, who is also her country's first Indigenous female in the role.