A woman is seen using her phone under the Facebook logo Source: PA Wire

Facebook pages for Australian media outlets, including SBS, were restored on Friday morning after a whirlwind week. Here's what happened and what could come next now Australia's media bargaining code is law.

Pages of media publishers, including SBS News, were reinstated early on Friday morning a week after the social media giant abruptly blocked Australian users from posting or sharing article links.

The ban - prompted by a world-first piece of legislation - caused a massive stir both locally and internationally and comes amid a global conversation about whether tech giants should have to compensate news publishers for their content.

Confused? Don't worry, here's what you need to know.

It was in response to the federal government's media bargaining code forcing internet platforms to pay for news content, which had passed the House of Representatives the night before.

Then on Tuesday this week, Treasurer Josh Frydenberg announced the government had agreed to amend the code following discussions with the tech giant. 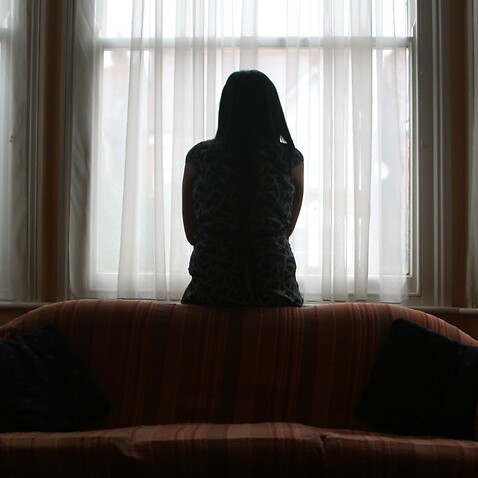 The amended legislation passed parliament on Thursday, and on Friday, just over a week after the ban, Australians woke up to find news pages restored.

The snap ban, which Facebook has defended but also described as erring "on the side of over-enforcement", was roundly criticised across the world.

The fallout has been closely monitored by other nations, including Britain and Canada, which have indicated they may pursue similar legislation.

What is the media code?

Prime Minister Scott Morrison said on Friday the code was critical to ensuring the future of free media through deals with tech companies.

But how does it work, exactly?

The new law makes Australia the first nation in the world where a government arbitrator can set the price Facebook and Google pay domestic media to show their content if private negotiations fail.

The government says it will ensure that media outlets are fairly remunerated for their content and help sustain public interest journalism in Australia.

Don't rely on that to get your news - here's where else to find our content https://t.co/AsAbxbnTjJ pic.twitter.com/flrmrJJNC5

Why is remuneration important? Because according to the country's competition watchdog, for every $100 spent by Australian advertisers online today, $49 goes to Google and $24 to Facebook, depriving news outlets of revenue.

Both Facebook and Google have argued they have no obligation to pay media companies for content online.

Mr Frydenberg is pleased with the new code, despite having to make changes to the original bill.

"What's clear to us is that what has transpired in recent weeks in Australia has very much been a proxy battle for the world with major global ramifications," he told Sky News on Friday. "If this was so easy other countries would have done it long ago."

Facebook and Google have been striking private deals with Australian news organisations in recent weeks, and this is likely to continue.

Negotiations with other outlets remain underway.

While there have been fears smaller and regional Australian publishers will be left out of revenue-sharing deals with Facebook and Google, the government doesn't believe that'll be the case.

"We do expect there to be arrangements with small and regional publishers as well as the larger ones, albeit through a more efficient mode of engagement through a default offer,” Communications Minister Paul Fletcher said on Wednesday. Why Google is now funnelling millions into media outlets, as Facebook pulls news for Australia

While we’re back on Facebook now, there is a multitude of other channels and platforms you can find our news content on:

You can also find stories from Dateline, Insight, The Feed and NITV on their websites and social media platforms