A teenager has been hailed a "hero of the left" for eloquently sticking up for minorities at a far-right protest in Italy.

A 15-year-old boy, known as Simone, has become an overnight internet sensation after standing up to far-right activists during violent protests in Rome.

The teen defended minority groups alone while hundreds of far-right activists marched in the streets of the Roman suburb Torre Maura. And the video went viral in hours.

The protesters were demonstrating against the temporary rehousing of 70 Roma residents, an ethnic group colloquially known as Gypsies, who originated in northern India but now live primarily in Europe. When a man, reportedly a leader of the neo-fascist CasaPound party, was telling journalists why the residents were not welcome the teen interrupted and said: "I don't think like you".

"This thing of always going against minorities is not okay with me," he continued, according to translation on The Guardian.

"When you then talk about European funds to invest in the neighbourhood, I think those funds must be spent on everyone. 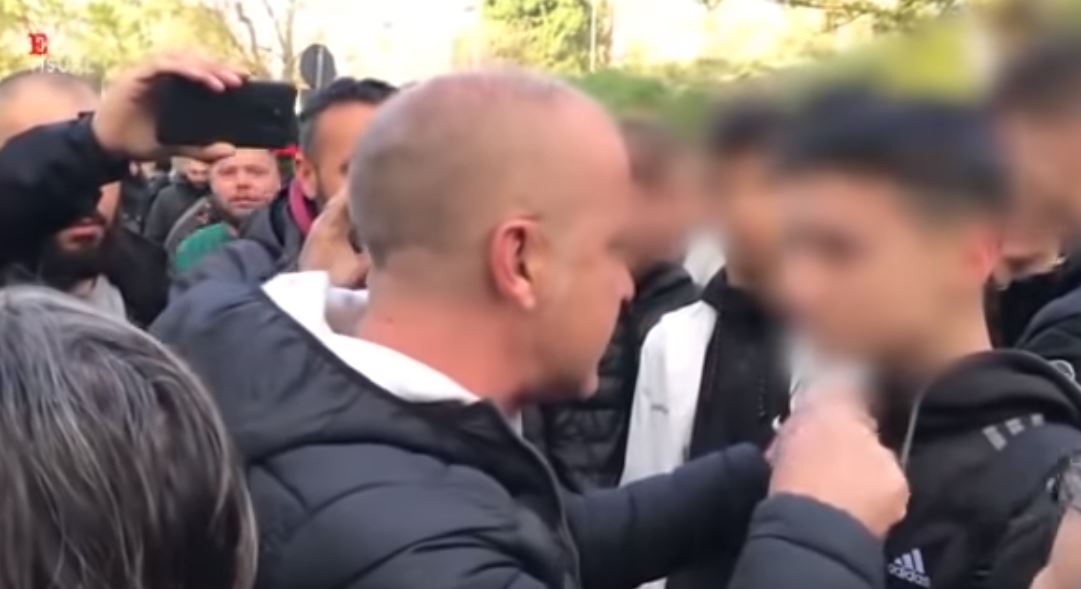 The teen known as "Simone" has been hailed a new 'hero of the left' after standing up to fascists in viral video.
Supplied

"No one should be left behind. Neither the Italians, nor the Roma, nor the Africans should be abandoned.”

Leader of the opposition Free and Equal party Laura Boldrini praised the teen on Twitter.

"Simone explain[ed] to the fascists of the third millennium, those who illegally occupy a palace in the centre of Rome, that the discomfort of the inhabitants of the suburbs should not be exploited," she tweeted.

Protesters were accusing the residents of general robberies, with no mention of evidence or specific incidents to back the claim, to which Simone replied: “The problem is not who comes to steal from my house; the problem is that they stole from my house, that’s all”.