Several thousand people have rallied in eastern Germany to protest the ousting of a popular state premier as part of a deal struck between the far-right and centrists.

"Not with us! No pacts with fascists any time or anywhere!" is the motto for the protest, organised by the DGB trade union federation, NGOs, artists and politicians belonging to the "Unteilbar" (indivisible) movement.

The protesters carried banners with slogans including "We don't want a Fourth Reich" or "We don't want power at any price" and chanted "no deal with the fascists". Protesters chanted "We don't want a Fourth Reich" and "no deal with the fascists" as part of their rally against the rise of the far-right party.
DPA

"I'm demonstrating because the AfD is gaining a lot of influence in the eastern regions," Maria Reuter, a 74-year old Erfurt resident, said. 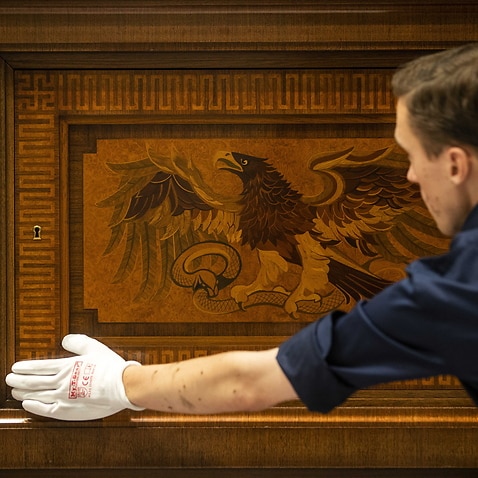 "A red line was crossed when the right and far-right combined their votes," she said.

The Erfurt gathering was the latest of many protests that broke out spontaneously across Germany in response to the controversial electoral pact, and which have been targeted especially against the CDU and Mr Kemmerich's Free Democrats (FDP).

Barely 24 hours after accepting the vote, Mr Kemmerich agreed to step down. 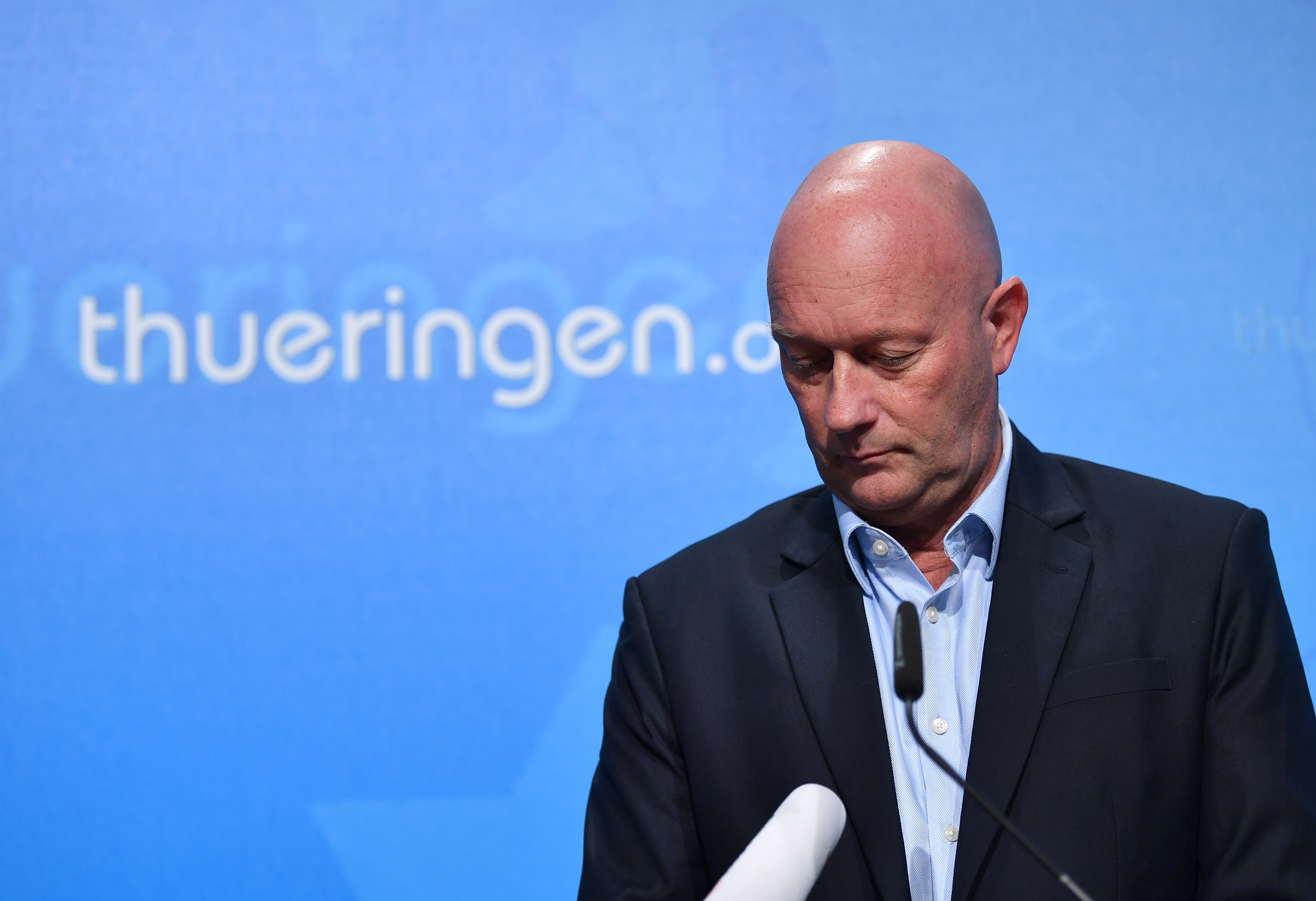 But outrage at the centrist parties accepting help from the far right, a first since the founding of the Federal Republic in 1949, remains deep-seated among the protest organisers.

"This election was the end of a taboo" against cooperation with the far-right, Michael Rudolph, leader of the DBG in Thuringia, told AFP.

Saturday's protest appeared peaceful, but elsewhere in Germany had taken out their rage in attacks on FDP offices this week, Der Spiegel reported, a sign of festering tensions nationwide. This German village has elected a neo-Nazi to its council

Mainstream politicians charge that one of AfD's aims is to paralyse or render ridiculous the normal functioning of the country's institutions. 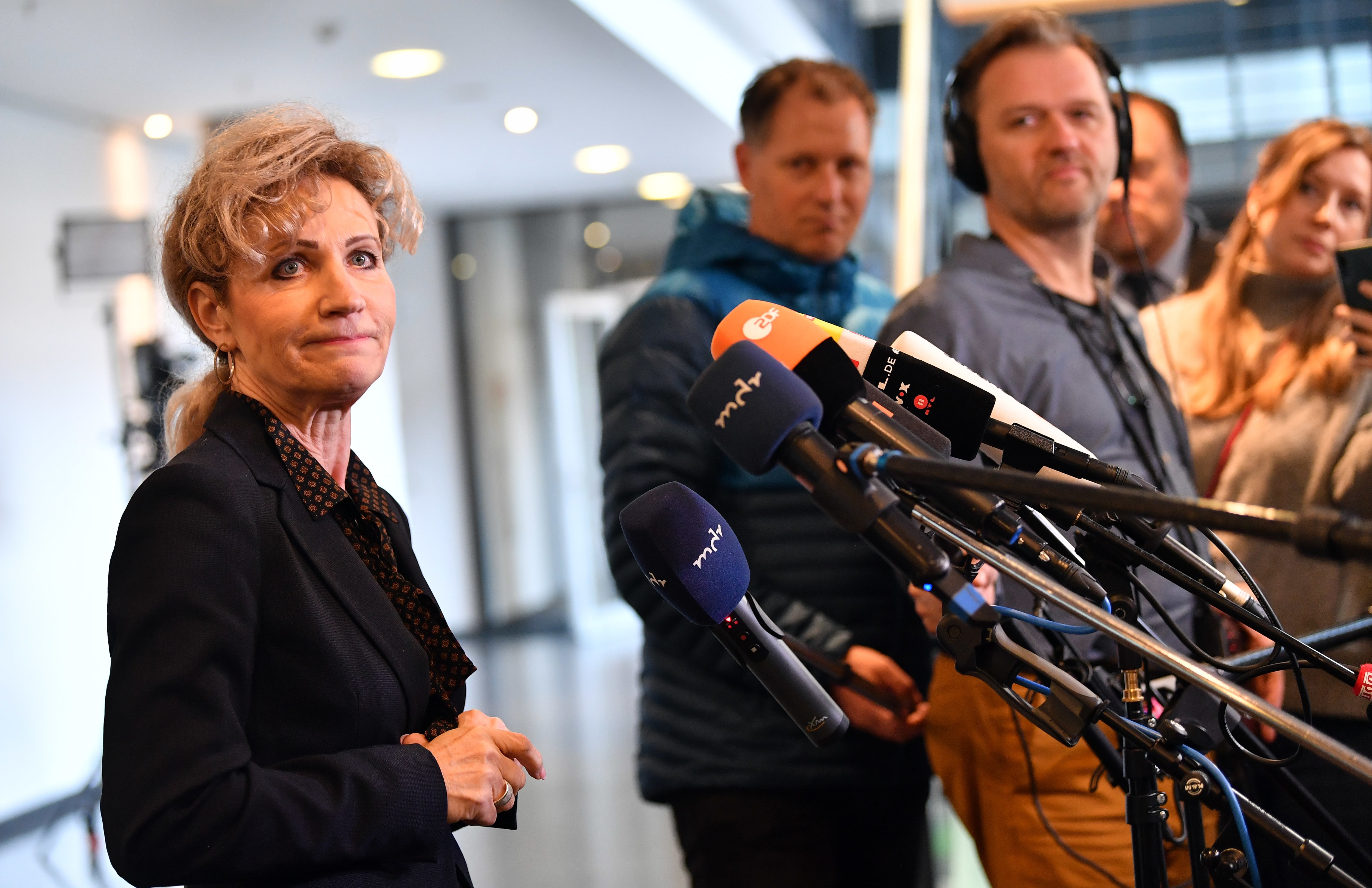 Ms Merkel accused the party of wanting to "cripple democracy", and in Thuringia, Ms Kemmerich's election and subsequent standing down have left the region hobbled for more than a week.

Now the far right says it could lend its votes to popular former Left party premier Bodo Ramelow in case of a new vote in Erfurt, potentially forcing him to turn down a new term.

Representatives from all parties apart from AfD plan to meet Monday to work through their options.

From a minority government to going back to the people in fresh elections, there are possibilities that could shut out AfD. 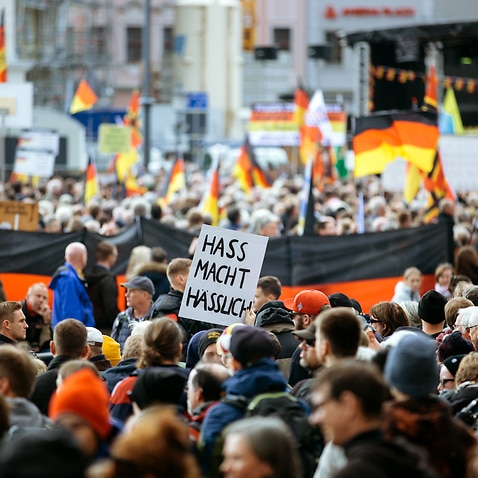 The German city of Dresden has declared a 'Nazi emergency'

But the crisis has already claimed one big scalp, after Ms Merkel's chosen successor and CDU leader Annegret Kramp-Karrenbauer (AKK) resigned on Monday when it became clear her grip on the party was too weak.

Some CDU members, especially in the former communist east, see no harm in working with the far right, which in recent state elections has booked scores above 20 percent across the region. 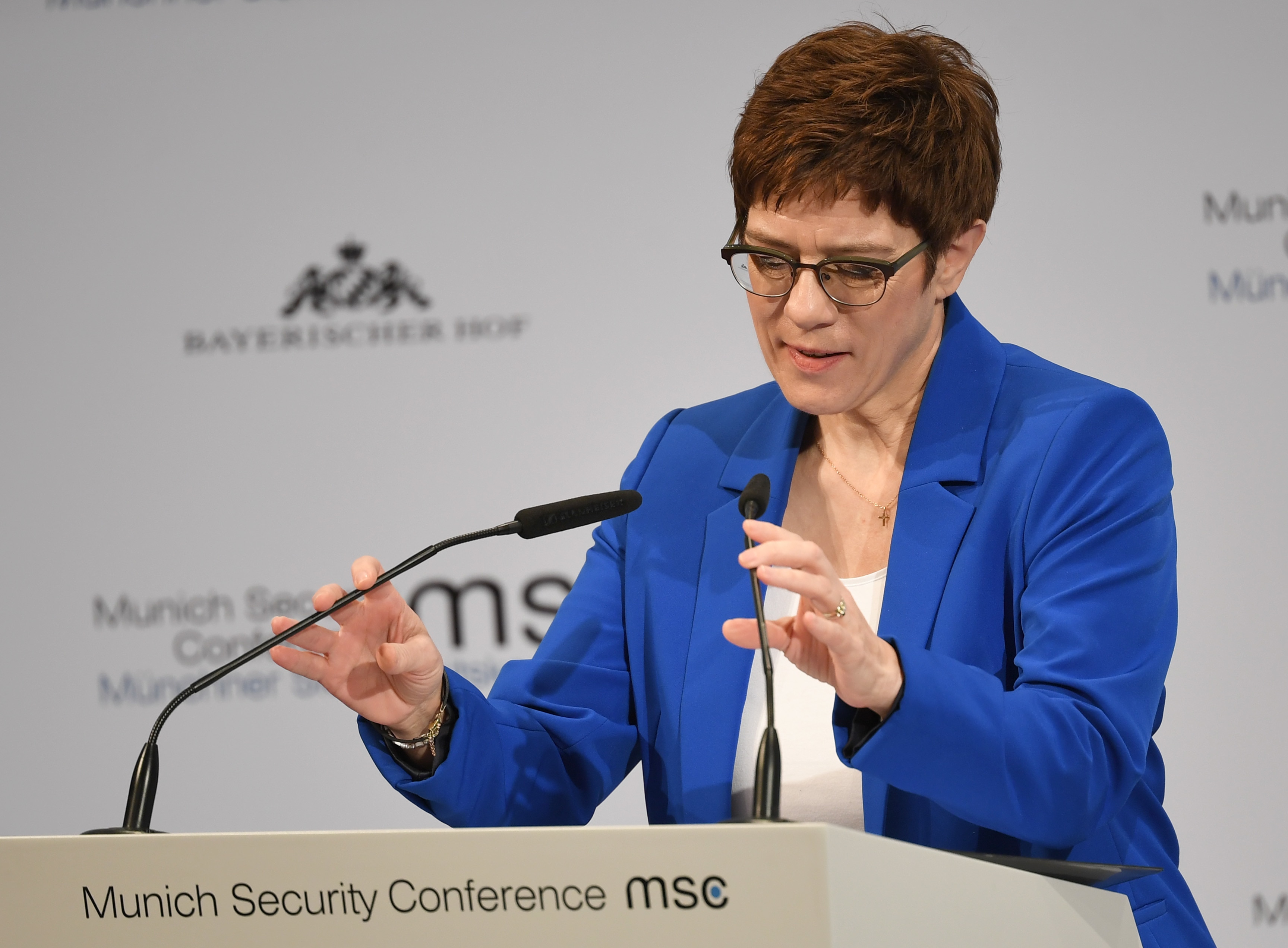 Around 1,500 neo-Nazis held a demonstration there Saturday and were met with large numbers of counter-marchers and a heavy police presence.

They are calling their protest a "funeral march" for the supposed "martyrdom" of the city, which right-wing extremists - leaning on inflated reports of the number of victims in Nazi propaganda at the time - often claim is a crime by the Allies on par with the Holocaust.