Australia won't be selling military exports to China, although the Turnbull government insists Beijing is not a military threat.

The Turnbull government insists China is not a military threat to Australia's national security, but there are no plans to sell defence exports to Beijing.

Prime Minister Malcolm Turnbull and Defence Industry Minister Christopher Pyne were both busy separately spruiking on Tuesday their ambitious plan to ramp up military exports and push Australia from 20th into the top 10 of global rankings for defence exports. 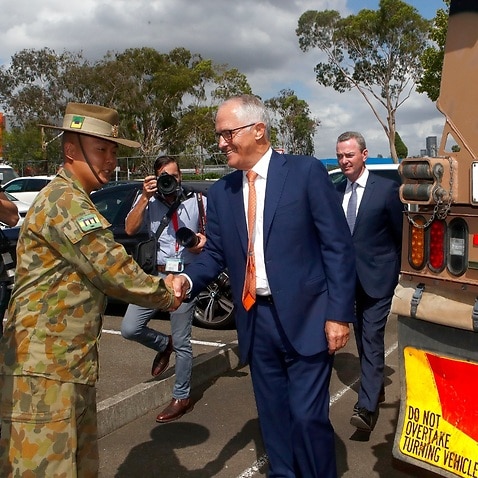 He reiterated the intelligence alliance of "five eyes" countries - Canada, New Zealand, the United Kingdom and the United States - were the main priority markets along with Europe.

The government was also exploring opportunities in India, Japan, South Korea and Malaysia.

"We would not at this stage be exploring military sales to China, that isn't a priority market."

He said China had its own sophisticated domestic defence industry and Beijing was unlikely to even look to Australia. "If they are part of a consortium, trying to win an overseas tender, then obviously we look at ... whether it fulfilled the requirement," he said.