Hillary Clinton has wrapped up her speaking tour of Australia with an appearance in Sydney.

Hillary Clinton's shock election loss in 2016 has been endlessly picked apart, from the highest levels of political commentary, to family dinner tables around the world.

But this week, Australians were given the chance to hear from the battle-scarred former US presidential candidate herself.

"People ask how I'm doing, I say as a person I'm doing OK, but I'm pretty concerned about America," she told the largely supportive crowd in Sydney on Friday, after appearing in Melbourne on Thursday. 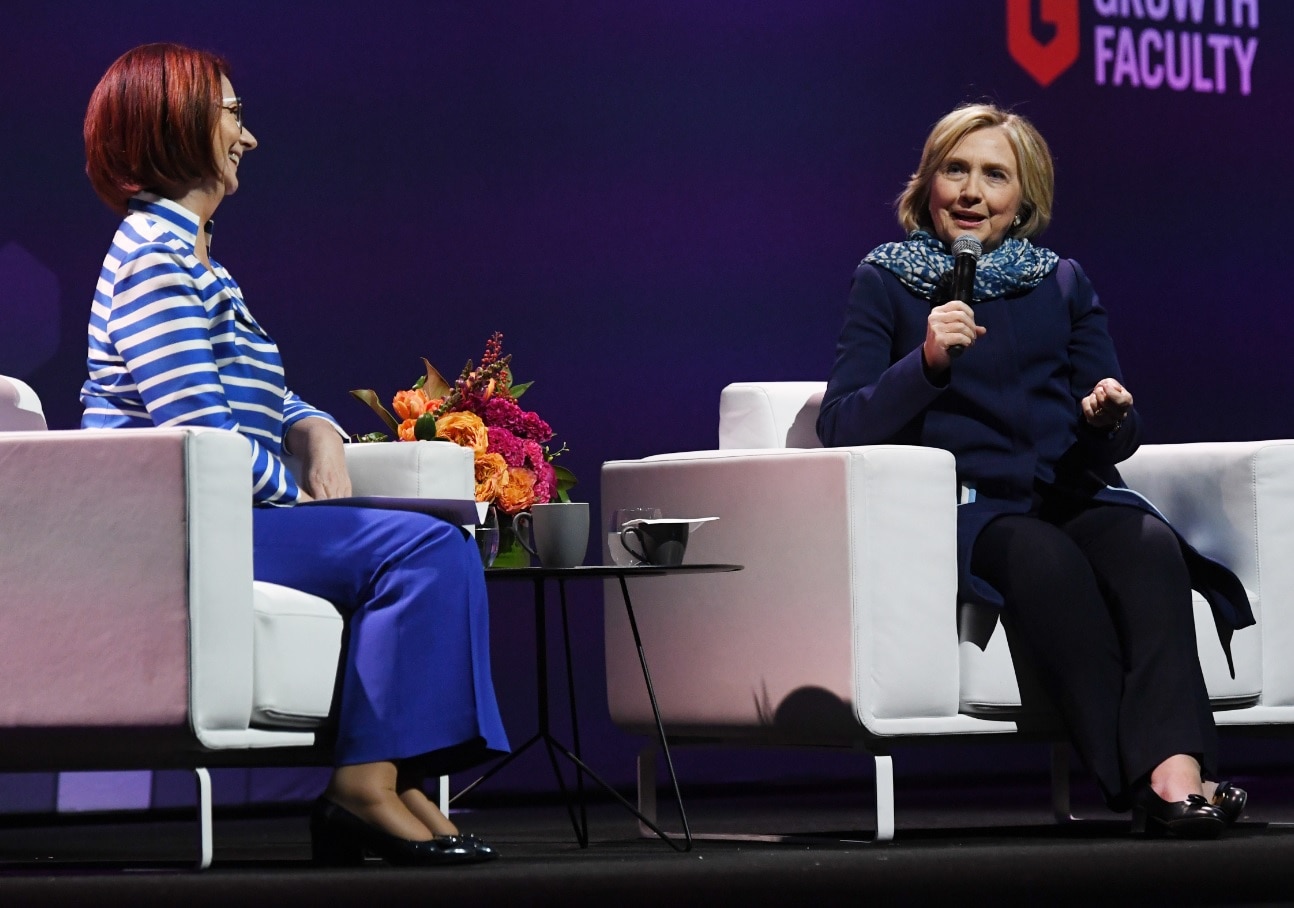 Reflecting on the immediate aftermath of the election, Ms Clinton credited "Australian chardonnay" as one of the things that got her through.

Ms Clinton said a "perfect storm" of factors worked against her in the campaign.

She said a hostile media, "insidious" Russian interference, being part of the "first reality television election" and an eleventh-hour intervention from FBI director James Comey, all played a role in the result.

Hillary Clinton and Donald Trump on the campaign trail in 2016.
AAP

Ms Clinton was interviewed by former prime minister Julia Gillard, someone who is no stranger to the highs and brutal lows of being a woman in politics.

"The more professionally successful (women) are, the less people like us," Ms Clinton said, mentioning her own high approval ratings as secretary of state, which took a tumble when she decided to run for president. But she encouraged many more women - both in the US and Australia - to run for office.

"The only way to get sexism out of politics is to get more women into politics."

Not long after, a member of the crowd chimed in with a loud "love you girls!"

The role of social media in politics was discussed at length, with Ms Clinton decrying "verbal violence" against women online, which she said can "mute women's voices".

An engaging and exciting evening with @HillaryClinton in conversation @growthfaculty in Melbourne tonight. #hillaryclinton18. pic.twitter.com/QCv4jzUpzi

"Putting a lid on Iran's nuclear program made the world safer," she said.

"Our credibility has been shot. What's plan B, now we have no leverage?"

She said recent military activity between Israel and Iran in Syria had the danger of "spiralling out of control" and causing a new major conflict in the Middle East.

At the end of the evening, Ms Gillard asked Ms Clinton if she regretted running for president.

"No, no regrets," Ms Clinton said.