Student protesters from Hong Kong are in Australia to encourage international support for their pro-democracy rallies - and they are not happy with Carrie Lam's withdrawal of the extradition bill that first sparked the protests.

Student protesters say they are not satisfied with Hong Kong chief executive Carrie Lam’s withdrawal of the extradition bill that has sparked months of protests in Hong Kong.

Sunny Cheung said protesters still want an investigation into police brutality during the protests and universal suffrage in Hong Kong. “We have five demands and Carrie Lam has just replied to one of them,” he told SBS News.

“And actually she should have withdrawn the bill in the first months when we had peaceful protests in June.

“By that time she should have withdrawn the bill and not waited until this moment.”

Mr Cheung is in Australia as part of a delegation of student protesters who are lobbying to the Australian Government to support their pro-democracy cause. 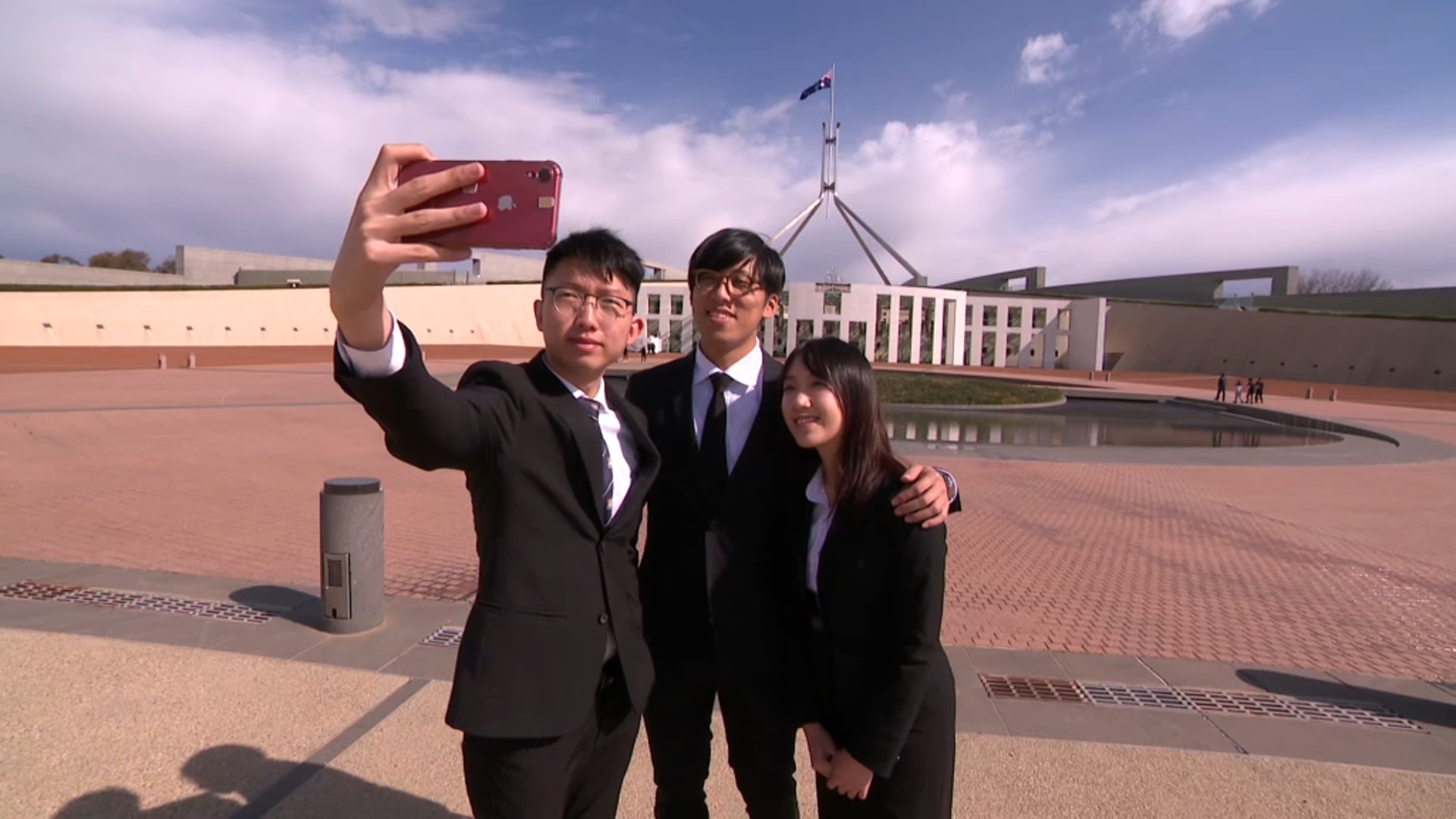 On Thursday, the group met with the Department of Foreign Affairs and Trade representatives and Liberal Senator James Paterson.

On Friday they will meet with Labor MP Andrew Leigh.

Mr Cheung said the meetings so far had been ‘supportive and encouraging’.

“We appreciate their thought and willingness to stand with Hong Kong,” he said.

“We need support from the international society.” While Mr Cheung said the meetings went well, another delegate, Zoey Leung, started her trip on a less positive note, after she says she was detained by Australian Border Force when she landed in Melbourne.

“I think maybe they stopped me because I am a student activist,” Ms Leung said.

“The border force said to me that they knew there were riots in Hong Kong. I was shocked that they characterised them as riots.

“Democracy should be protected by Australian institutions. I am shocked that the authorities treated a normal traveller this way.” But Australian Border Force said they are not singling out travellers from Hong Kong.

"If the identity of an individual is confirmed as legitimate and their intention for travel matches their approved purpose, they will be permitted entry.

"Our officers are professional and treat all travellers with dignity and respect and in accordance with the law."

Despite challenges, Mr Cheung said lobbying international governments is an important way to raise support for protesters in Hong Kong.

“Beijing does not fear protesters, but they fear the international community,” he said.

He also believes protection visas for Hong Kong students in Australia, proposed by the Greens party, might be necessary. Call for Hong Kongers to be given permanent protection in Australia

“The situation is deteriorating and we face a humanitarian crisis in Hong Kong,” he said.

“Police are using excessive force and there is no effective mechanism to hold them to account.

“We need someone to protect the Hong Kong people. Australia should protect the students and allow them to stay for longer if the situation gets worse.”