The Australian Dental Association says consumers would be better off putting money aside for potential dental work.

Australia's top dental body has accused private health insurers of ripping off patients, renewing calls for the federal government to give consumers another option.

The Australian Dental Association (ADA) said existing dental care funding arrangements do not meet the needs of many families. 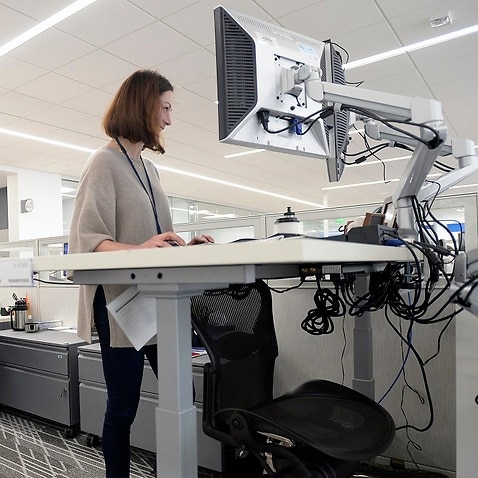 Standing desks could save $84 million in health care costs: study

"Many consumers with general treatment cover still pay high out-of-pocket costs due to gaps and exclusions in policies, variation in coverage across providers, higher costs sometimes faced when selecting a provider of choice, minimal annual increases in rebates for services such as dental, and limited movement in the value of annual limits," a recent ADA report said.

The ADA is lobbying the Australian government to consider providing the same rebate that's currently applied to people with health insurance policies to people who save their own money.

"Most people would be better off putting their money into a savings account," ADA CEO Eithne Irving told SBS News. 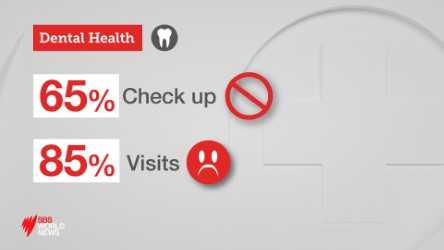 Dentists are worried that almost two-thirds of Australians haven't had a check up in the last two years, with eight in 10 saying they fear going to the dentist.
SBS News

But Private Healthcare Australia CEO Rachel David hit back, saying health funds are spending more than ever on dental services.

She said health funds pay out more than $2.6 billion each year in benefits, with 90 per cent of services for low and middle-income earners subsidised.

Dental prosthetist Martin Dunn said the rebate for dentures is very low and suggested an annual cap on claims for major dental work should be reviewed. My Health Record security to be tightened after backlash

"It would be really nice if they could actually claim all of those years at the time that they got their dentures, that would make a huge difference to patients."

Sydney accountant Francie Stonis said losing her original teeth at 16 in the Philippines had a lifelong effect.

"I lost my confidence," she said.

She's now vigilant about looking after her and her family's dental health.

"With my children, I've been very very protective of their teeth. To everyone I know I say 'last resort is denture, try to save your teeth'."