Chinese students in Australia have joined in a rare display of dissent against Beijing, in a social media campaign rejecting President Xi's move to potentially rule for life.

Students at Australia’s oldest universities Sydney and Melbourne have become the latest to register their protest at the abolition of term limits for China’s president Xi Jinping in a rare public expression of dissent started by Chinese students in the US.

The global social media campaign, Xi’s Not My President, uses hashtags #NotMyPresident and #IDisagree (and its Chinese equivalent #我不同意), and encourages overseas students to use the freedom they have outside China to voice the dissent that is silenced at home.

Students at universities in Hong Kong, the UK, the Netherlands and Canada have also followed their US counterparts in registering their dissent by putting up the campaign's posters on their campuses.

“We were even more furious that the government think it's ok to hush the people up, while promoting this propaganda that Xi's staying in power was ‘Chinese people's wish’,” the campaign organisers told SBS News via email.

“So we started this campaign as a response to that: there are still social media that you can't censor, and it's definitely not our wish that an unelected authoritarian become a de facto lifetime dictator.”

The campaign posters first appeared at the University of California in San Diego on 1 March, followed by the universities of New York and Columbia; according to US news publication Foreign Policy.

The University of Melbourne was the first outside the US to join the campaign, on 5 March.

Then, after China’s National People’s Congress formally approved the constitutional changes that set up President Xi to remain in the job for life in Beijing on Sunday, more posters appeared at Melbourne and Sydney university campuses.

By far the largest posters we have ever seen, shout out to University of Melbourne @unimelb! Let's keep fighting and let them know that we disagree. #IDISAGREE #我不同意 pic.twitter.com/JyaBIOtN7S

Students at Curtin University in Perth, ANU in Canberra and Melbourne’s Deakin and Monash universities have also put up the posters, which the campaign offers for free download via its Twitter account. The account had more than 2,100 followers at the time of publication.

President Xi's move to scrap term limits has overwhelming support in the Chinese National People's Congress, but gauging its support among Chinese citizens is a lot harder due to the country's censorship of dissent.

"It's virtually impossible to estimate the percentage [of Chinese students who support the dissent campaign]," a participating student in Australia told SBS News, via an encrypted messaging service. "But by the number of people making the bold move of putting up posters in Australian campuses, I'm positive about this."

"We feel that we're morally obliged to speak out for those who're silenced, insulted and hurt back home now that our free speech is protected," the student in Australia said.

They estimated though, that "at least half [Chinese students] remain indifferent." 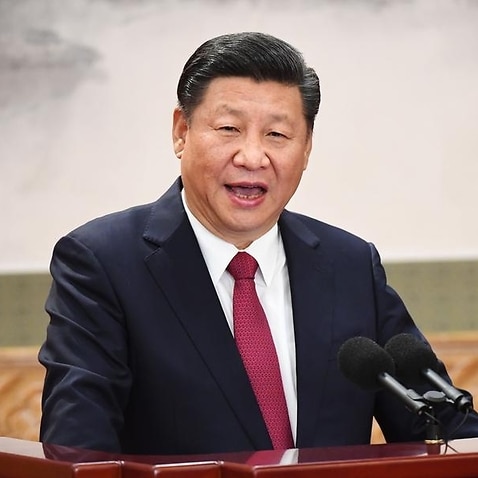 The student, who asked that their name and institution not be published for fear of retaliation, said Chinese students in Australia with dissenting political views tend to keep their views to themselves because of the fear of being reported to Chinese authorities if they speak out publicly against Beijing.

There is also the fear of facing barriers to job hunting when they return to China if exposed as a dissident, as well as the risk of "jail time without due process", the student said.

A rash of recent media reports and security agency warnings have revealed that Chinese authorities monitor the activity of Chinese citizens overseas and ethnic Chinese foreign citizens, through the university’s Chinese Students and Scholars Associations (CSSA) or other groups linked with the embassy.

SBS News contacted the Chinese Students and Scholars Associations at the universities of Sydney, Melbourne and the ACT group for comment on the Xi's Not My President campaign, but did not receive any response by deadline.

'Protect yourself to fight another day'

The students who organised the campaign have chosen to remain anonymous, but say they are all Chinese citizens who study or work in western countries.

They turned to the US-owned platform Twitter because of Chinese censorship of popular Chinese social media services including Weibo.

They urged supporters inside China not to post the posters for their own safety. “Protect yourself to fight another day,” they tweeted.

They have also suggested that even in western countries, Chinese students wishing to participate should take steps to protect their identities. Those putting up the posters on their campus should do so wearing masks and at night because of the risk of being reported to their consulate or embassy.

“Like students from any country, we believe Chinese students have all different kinds of views,” the campaign organisers told SBS News. “It is just the pressure from CSSA/Chinese Consulate and the fear for authority at home that prevent them from voicing their opinions. We do know a lot of Chinese students who are worried about recent policy change.”

“We organise this campaign because we feel we have the responsibility to speak up.”

We have more support from Australia National University and University of British Columbia. Thank you for your courage. And please do read this letter as we find it heartwarming. And plz believe you are not alone in this. #IDISAGREE #我不同意 pic.twitter.com/u8Awgf8P0v

We've been waiting for this! Posters spotted at @CUHK the Chinese University of Hong Kong. Really appreciate your efforts. #IDISAGREE #我不同意 #我要真普选 pic.twitter.com/FUxF51ELdJ

Presidential term limits were introduced in 1982 to enshrine collective leadership over one-man rule, to avoid a return to the chaos and dysfunction of the Mao years.

The move to scrap the term limits and enshrine Xi Jinping thought in the constitution was formally ratified by 2,958 members of the Congress in Beijing on Sunday, including President Xi; while three abstained and just two unnamed members voted against.

Criticism of the move has been censored within China and on Chinese-run social media worldwide. 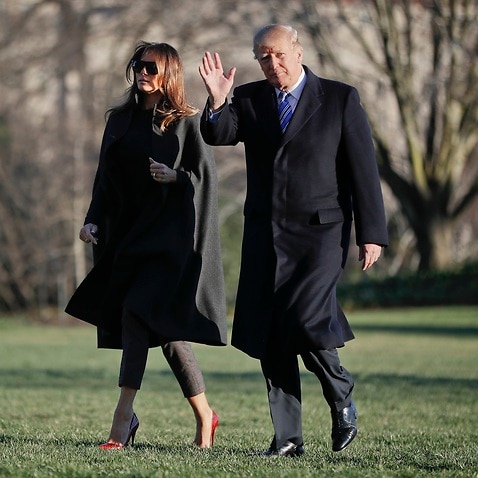 President Xi's other titles - General Secretary of the Communist Party and Chairman of the Central Military Commission, which are more important domestically, already had no term limits.

But Shen Chunyao, chairman of the Legislative Affairs Commission of China’s standing committee, on Sunday dismissed reporters’ questions about the move leading to a return to one-man dictatorship.

“As for the assumptions, conjecture and stretched situations in your question, I think that does not exist,” he told Reuters.

The Chinese government says the changes are necessary for the country’s long-term stability.