The screening process for the NRL's cardboard cutout fan initiative is under review.

The NRL will review the screening process for its 'Fans in the Stand' initiative after it was revealed the face of an English serial killer appeared at Campbelltown.

Dr Harold Shipman was one of hundreds of faces placed in venues this weekend, after a joke from one fan got through the scanning process.

It comes as Matthew Johns and Fox Sports have apologised for an on-air comedy sketch that depicted Adolf Hitler in the crowd at a match on Sunday.

Hitler's face was not in the crowd of any game and would never have passed the NRL's vetting process, but others did. 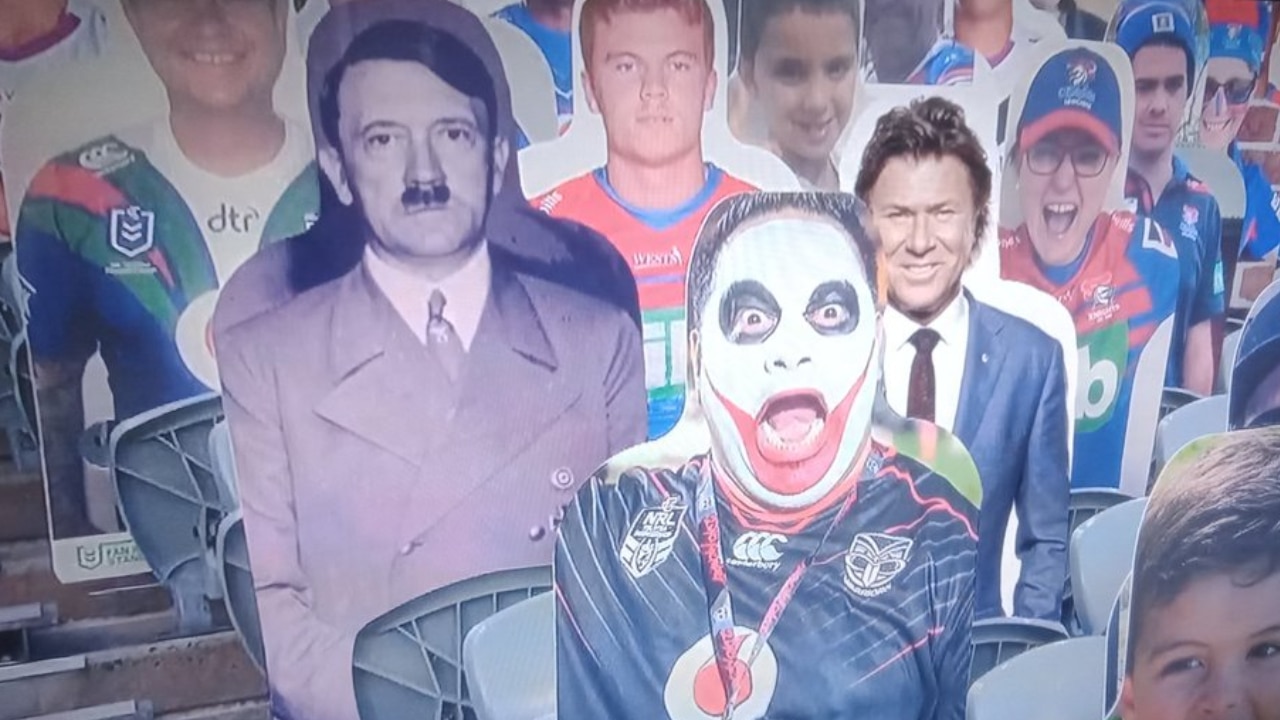 His photo attracted some laughs and easy publicity for the NRL, with the story running in English newspapers after Cummins' coronavirus lockdown dramas.

Other notable inclusions sent through to third-party company Clunk Murphy were fans' pets and workmates photoshopped into opposition colours.

Photos of Peter Fitzsimons and Jeff Kennett are believed to be among those the system rejected, with the $22 price refunded back to the buyer.

While most were in good humour, some didn't quite fit the bill 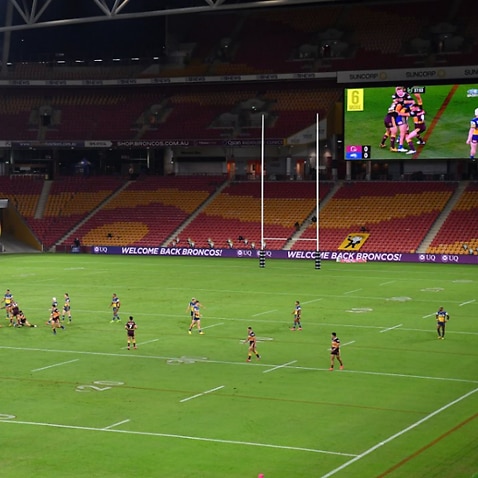 Shipman was an English general practitioner found guilty of 15 counts of murder in 2000, with his number of victims suspected to be far higher.

His photo would largely be unrecognisable to the vast majority of Australians.

"We are reviewing the vetting process for Fan In The Stand," an NRL spokesman said.

"The weekend was a trial run and trials are designed to iron out issues."

Under the NRL initiative, images of fans are placed on corflute cutouts at their selected stadiums until crowds return, when the displays will be returned to the supporters.

It comes as Johns apologised for Sunday night's ill-advised on-air gag, that showed Hitler next to Nine presenter Richard Wilkins in the crowd. 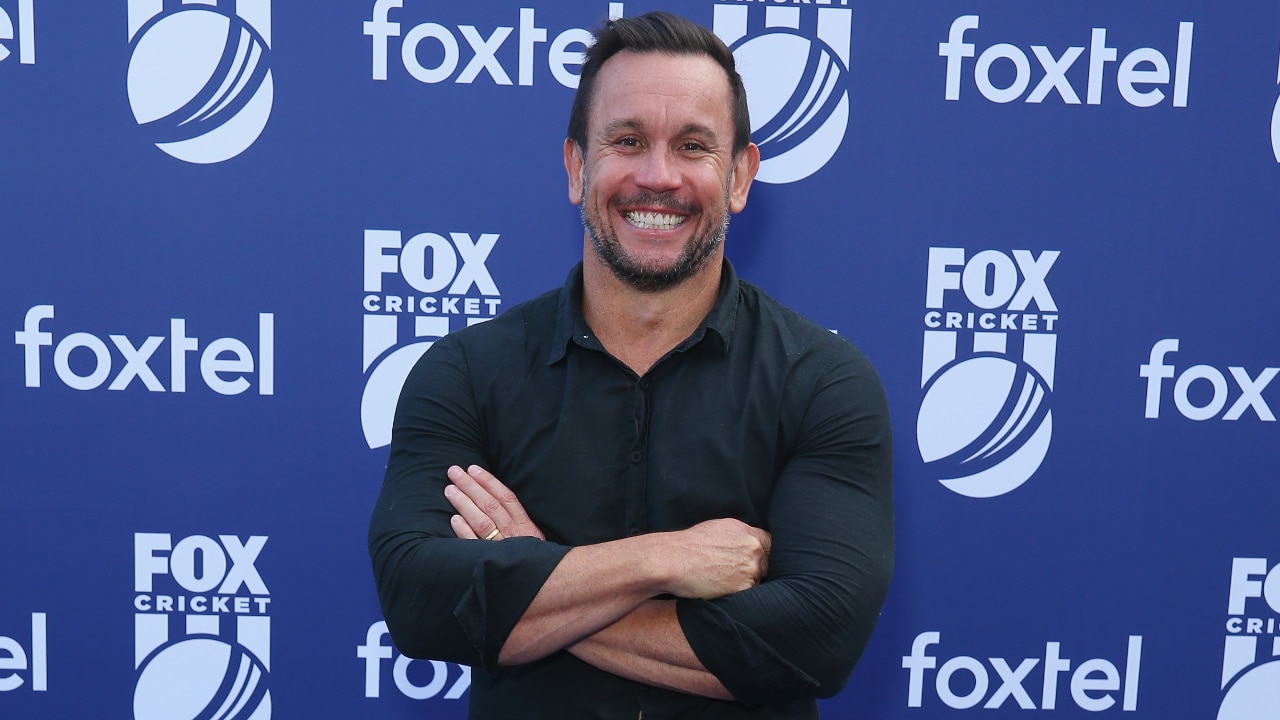 Fox Sports host and former NRL star Mathew Johns
Getty Images
"The segment on my Fox League show on Sunday in which we showed an image of Hitler in crowd cut-outs was in poor taste and completely inappropriate," Johns said.

"I know Fox Sports has apologised but I need to personally step up to this.

"I know how raw and devastating those events remain for so many people and families.

"I acknowledge it was wrong and I apologise to our viewers and to everyone in the community who is rightly concerned and offended by the segment."

Johns has since called NSW Jewish Board of Deputies CEO Vic Alhadeff to apologise, while Fox has stated they are concerned about the incident and are investigating.

This sort of stupidity, the casualisation of Hitler, Nazis, and by extension their crimes, is what leads to swastikas being graffitied throughout our cities and school kids being harassed with gas chamber jokes. @FOXNRLLive & @MattyShowsFox should tell their viewers it’s not on. https://t.co/sCuhom5GbY

It came after Executive Council of Australian Jewry co-CEO Alex Ryvchin hit out at the broadcaster over the incident on Twitter.

"This sort of stupidity, the casualisation of Hitler, Nazis, and by extension their crimes, is what leads to swastikas being graffitied throughout our cities and school kids being harassed with gas chamber jokes," he tweeted.

"@MattyShowsFox should tell their viewers it's not on."