It comes as the Glen Innes and Hilltops areas in regional NSW return to lockdown for a week. 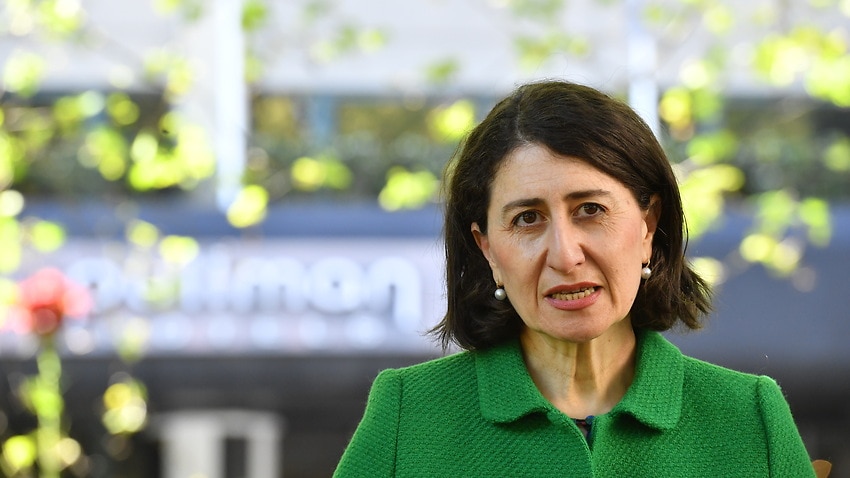 The trial for returning Australians to be able to quarantine at home instead of hotels is set to start at the end of September.

Two more regional areas also went back into lockdown for a week at 6pm on Friday - the Glen Innes council area, inland from Coffs Harbour, and the Hilltops local government area in the state's south, which encompasses the town of Young.

COVID-19 cases have been detected in regional areas of the state that were previously virus-free.

Albury and Lismore were on Thursday also sent back into a week-long lockdown.

Of those 12, seven people were not vaccinated, two had received one dose, and three were fully vaccinated.

Of the two women in their 20s who died, one was not vaccinated while one had received one dose and had underlying health conditions.

Three of those to have lost their lives were residents of an aged care facility in Dubbo.

NSW has recorded 222 COVID-related deaths since the start of the pandemic.

Of the 228 people in ICU, 170 are not vaccinated, 50 have received a first dose of a COVID-19 vaccine, and six have received two doses.

Dr Gale was asked about an emerging cluster across three public housing towers in the inner-city suburb of Redfern, many of whom are thought to be Indigenous.

While she didn't know how many of the positive cases were Indigenous, she said Aboriginal health workers were involved in supporting residents in the towers.

"Clearly, there are a number of Aboriginal families implicated with the situation and those housing blocks," she said.

Opening up to returning Australians

The NSW double dose vaccination benchmark has now tipped over 50 per cent, with the state expected to hit its 70 per cent target in the middle of October, and its 80 per cent target some time in November.

Premier Gladys Berejiklian said on Friday the government was busy working on its plan to open up once the state reaches its 80 per cent target.

Part of this is the ability for returning Australians to quarantine at home, provided they are double vaccinated, and citizens being able to travel overseas, she said.

“One of the things that we expect to occur at 80 per cent is to consider our international borders. That's Aussies returning home through Sydney airport but also our citizens having the opportunity to go overseas when previously they weren't able to.”

The initial trial of home quarantine will involve 175 people who will undergo a seven-day isolation period at home. It will build on the evidence of the home quarantine trial currently being conducted in South Australia.

“Today is an important step on the reopening of New South Wales to the rest of the world,” NSW Tourism Minister Stuart Ayers told reporters.

“This is a really big step and a light for every Australian who is still overseas because of [arrival] caps [and] haven't been able to come home.