The Belgium-based mapping provided 29 maps at the height of the NSW bushfires to help inform authorities up to a ministerial level.

A European Union team has undertaken its largest emergency mapping operation of 2019 to help fight the recent bushfires that ravaged New South Wales.

The Australian government activated the EU's Copernicus satellite emergency management service to track the fires, which killed six people and burnt thousands of hectares of land.

Copernicus data analyst Juan Escalante said the service was used to help firefighters form a plan on how to fight the fires based on their predicted movement.

"This helps first responders on the field in order to make decisions, it's not only showing the burnt area," he said on Friday.

"This activation for Australia represents one of the most important activations in terms of the analysis produced."

Firefighters and aicraft are working hard to protect properties west of Braidwood. The North Black Range fire is spreading quickly, with numerous spot fires starting ahead of the main fire front. The fire is at Emergency Warning level. #nswrfs #nswfires pic.twitter.com/d4CbolPzqp

The Australian government has now stopped the service, which was used to inform authorities up to a ministerial level.

The mapping team, based in Belgium, provided a total of 29 maps at the height of the fires - the most for any natural disaster it has analysed this year.

More than 650 homes have been destroyed during the blazes that hit New South Wales, and firefighters were at one point battling a fire front about 6000 kilometres long. At 9.30am on 29 November there were 147 bush and grass fires burning in NSW.
NSW Rural Fire Service

The Copernicus service has been activated during five previous Australian natural disasters, but this was the first bushfire that had been mapped.

Previously, data from the satellites was used to map where the Townsville floods would spread, and to model the medium and longer-term trends of water management in the Murray Darling Basin. 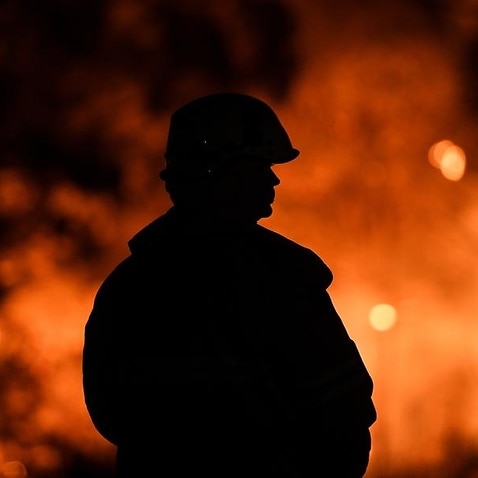