Environmentalists say the koala population in NSW has been diminished by heatwave, drought and land clearing to numbers between 15,000 and 20,000.

The NSW government is ignoring expert advice from one of its departments which found only 0.2 per cent of actual koala habitats are included in the reserves earmarked by government.

The information is contained in documents obtained under freedom of information laws by the North Coast Environment Council and the National Parks Association. Released on Save the Koala Day, the documents outline the government’s proposed koala reserves and show they fail to overlap with the location of koala populations.

“This analysis shows that unless the government starts taking koala protection seriously, we’re going to see the large-scale wipe-out of koala colonies in NSW,” he said.

“The government’s strategy has reserves with no koalas. That’s not going to work. To protect koalas, we need to protect where they live, as well as protecting habitat to connect the colonies."

The data shows that of the koala population in the state’s north east, the majority – two thirds – are on private land, one-seventh reside in national parks, and a fifth live in state forests.

Dr Sweeney said developing a Great Koala National Park is of the highest priority considering that about 56 per cent of the koala population in the state’s north east would be covered under the plan. 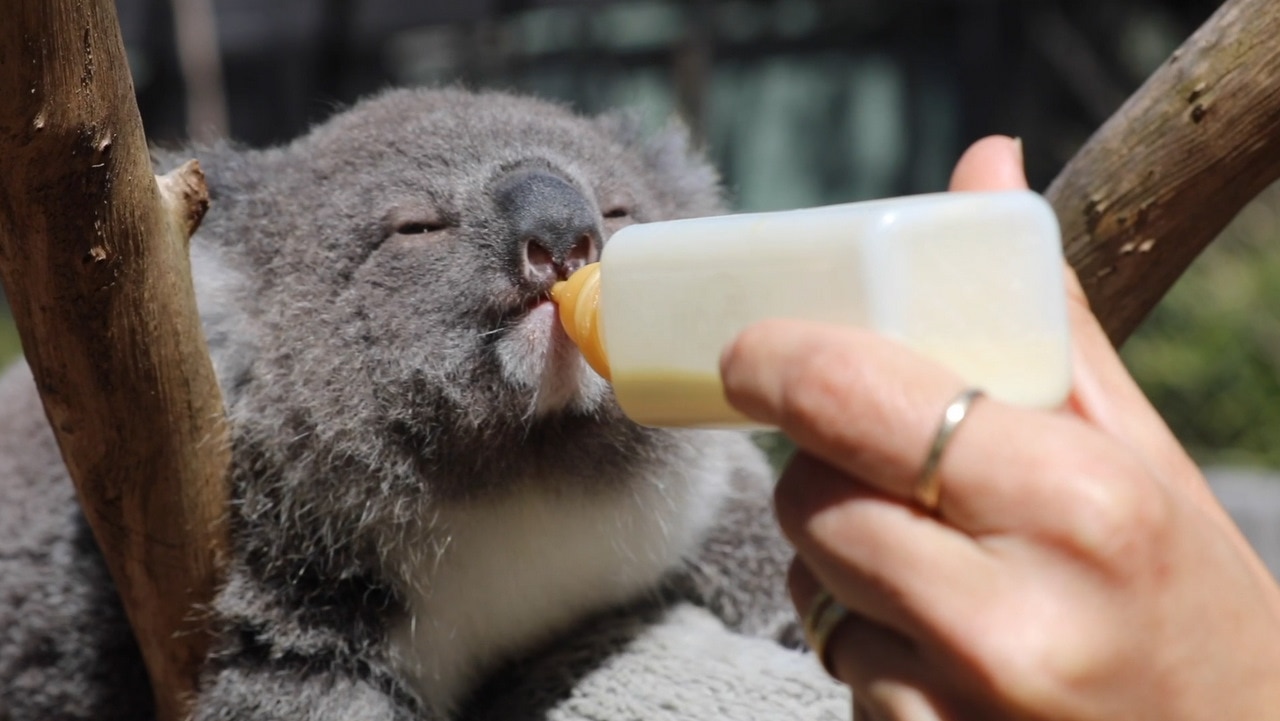 A baby Koala, called a joey, being fed.
The Australian Reptile Park

“We’ll also be writing to the federal Environment Minister, Melissa Price, to draw her attention to the cumulative impacts on koalas from land clearing, logging and urban development and urge her to use her power under federal law to intervene to save koalas in NSW.”

The documents also show that only 14 per cent of the state’s koala habitats are protected.

Logging, land clearing and development put 86 per cent of koala habitats at risk, located as they are on private land and state forests.

The Australian Reptile Park, on the NSW Central Coast, said it has been doing its part with its koala conservation breeding program, but much more needs to be done to respond to the “worst mammal extinction rate on the planet”.

The park has had its most successful koala breeding season this year, with the birth of 11 joeys.

Australian Reptile Park general manager Tim Faulkner said the state’s koala population has declined by a third in the past 20 years.

“If something drastic is not done, they are on a current trajectory to be extinct by 2050. The Australian public needs to realise that one day there will be a wild Australia without koalas, because that’s where we’re headed.”

Brisbane environmental scientist Chrissy Joester has dedicated the whole month to raising awareness about koalas, including facts such as koalas like to change trees daily and have a heightened sense of smell.

Day 26 of #SavetheKoalaMonth. Koalas eat a lot of eucalyptus leaves, leaves don’t weigh much either so it’s pretty impressive that they eat 500g or more a day of leaves!#chrissyskoalafacts pic.twitter.com/AvlO7PyKVy

Day 24 of #SavetheKoalaMonth. Although some call them koala “bears” they’re not bears. They are mammals & marsupials, their closest living relative is the wombat. European settlers had not seen anything like them before & mistaken them for a type of bear.#chrissyskoalafacts pic.twitter.com/lXsm7YgGvd

Day 27 of #SavetheKoalaMonth. Koalas have an amazing sense of smells their big nose gives them an acute sense of smell & helps them detect other koalas & find their favourite food trees. They have poor vision & rely heavily on their other senses. 📷@symbiozoo#chrissyskoalafacts pic.twitter.com/syjFrlMqjr

The World Wildlife Fund estimates koalas face extinction in NSW by 2050 due to land clearing.

In a report released earlier this month, the WWF used satellite imagery to show bulldozing rates of koala habitats have tripled since August 2017 when the state’s Native Vegetation Act was repealed.

Koalas are on track to go extinct in NSW by 2050. The main threat to koalas is habitat loss, leaving them with nowhere to go.

Today is #SaveTheKoalaDay, will you take a stand for this Aussie icon? Add your voice here: https://t.co/hRHMV6B5FV#SaveKoalas 🐨🌳 pic.twitter.com/DaXEhQ8c1R

“WWF-Australia estimates there are likely less than 20,000 koalas left in NSW and at the current rate, they are on track to be extinct in the state by as early as 2050,” WWF-Australia conservationist Stuart Blanch said.

“We have to stop this excessive tree-clearing if we want to keep koalas alive in the wild for future generations.”

The NSW government announced its $44.7 million Koala Strategy in May this year, describing it as "the biggest commitment by any state to secure koalas in the wild”.

She introduced a bill to the state's parliament on Thursday to transfer more than 4500 hectares of state forest to the national park estate.