The mid-north coast man returned home to find a heartwarming note from the firies who saved his home - and helped themselves to a well-deserved glass of milk afterwards.

An NSW man returned home this week to find a handwritten note from the firefighters who had just saved his home.

Paul Sekfy had to leave his home 20 kilometres out of Macksville over the weekend as bushfires intensified.

When he returned home, he found a special note on the kitchen bench signed by the Urunga Rural Fire Service.

"It was a pleasure to save your house. Sorry we that we could not save your sheds," the note read.

Mr Sekfy took to social media to thank the firefighters, joking that they were "heroes and milk sneaks".

"The best note on my kitchen bench since the morning after my wedding," he wrote.

Speaking to SBS News on Tuesday, Mr Sekfy said he had since spoken to the four-person fire crew that saved his home and learned the true story behind their visit.

"They found our house and they were desperately thirsty, because all of the water in the truck was hot and horrible, they said they tried to drink it but they couldn’t," he said.

"Even though the power had gone off there was a litre of milk in the fridge, and they drank the whole litre." The Urunga Rural Fire Service saved Paul Sekfy's home, but his sheds were lost in the blaze.
Paul Sefky

The crew then saw a fire begin to encircle the house and promptly got it under control.

Mr Sekfy returned to his property the next day and was sure it would be gone.

"And there sitting like a dome of water had been over it, a dome of protection, was my house," he said.

"When I posted that note on Saturday I got a text from one of the firefighters saying you have made my day, and I'm thinking 'I’ve made your day? What are you talking about? You saved my house'!" 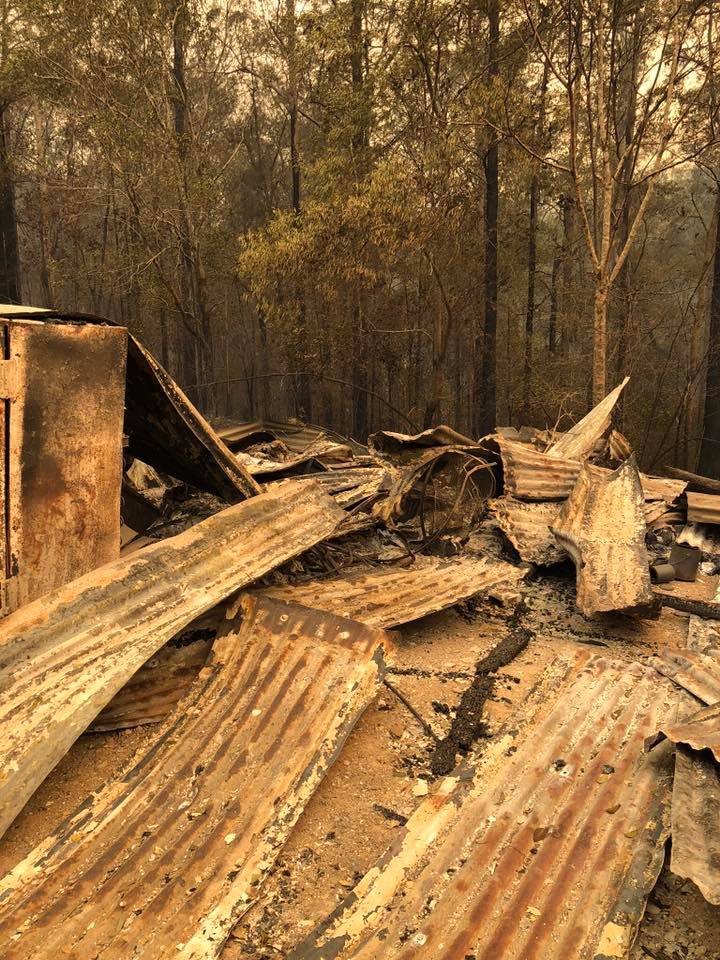 The remains of Paul Sekfy's shed after bushfires tore through his property on NSW's mid-north coast.
Paul Sefky

Mr Sekfy and his wife and two pets are now staying in a motel until it is safe to return to the area.

"Our house has been saved, but it's not livable at the moment – there's no power and therefore there's no water," he said.

When he returns home, he already has plans to thank the firefighters in person.

"What I said to them is 'I don’t know about you owing me milk, but I owe you at least two cartons of beer'," he said.