NSW's environment minister says the state will “smash” its new goal to cut emissions by 50 per cent by 2030, and the federal government should “get on” with more cuts of its own. 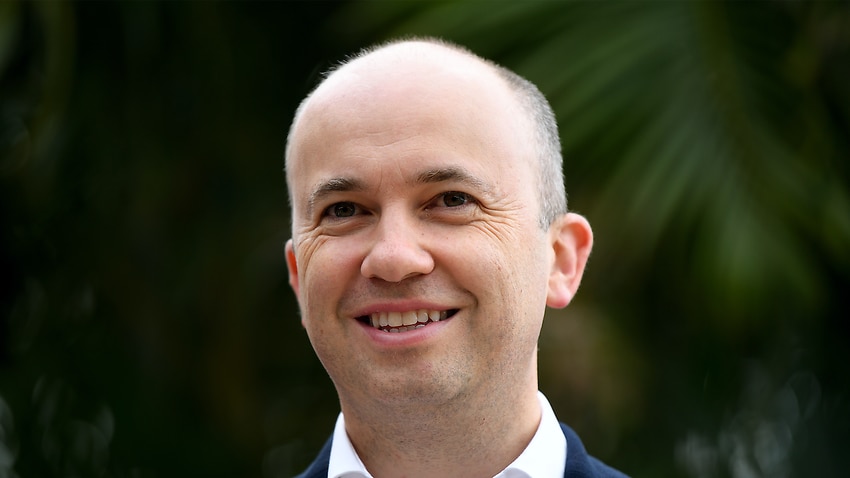 The state government has announced it will cut greenhouse gas emissions by 50 per cent on 2005 levels by 2030, on its way to its own 2050 net-zero target.

The federal government is considering adopting a national net-zero target ahead of a major climate summit in Glasgow this year, but is facing internal opposition from Nationals concerned about regional impacts.

NSW Environment Minister Matt Kean is confident his state will "smash" its new 2030 target, which is supported by NSW Nationals leader John Barilaro.

NSW has "big bold policies" to reach net-zero by 2050 that will create thousands of jobs, he says.

The federal government, meanwhile, is "not being ambitious enough".

"We need a net-zero commitment, at least, by the federal government," Mr Kean told the ABC on Wednesday.

"My message to the Commonwealth is, get on with it. This is not only the right thing to do it is also the economically rational thing to do."

He rejected arguments by some federal Nationals that reducing Australia's carbon footprint will hurt the regions economically, particularly in coal.

"It's great that Matt Canavan is selling Kodak cameras but it doesn't count for much when the iPhone is coming. The reality is, the world is changing rapidly."

He pointed to the government's recent call for expressions of interest in renewable energy projects in the New England electorate of federal Nationals Leader Barnaby Joyce.

"We were oversubscribed four times. We got 34,000 megawatts of new energy projects proposed worth to the tune of $40 billion," he said.

"We should lead the world when it comes to taking action on climate change rather than sitting back and waiting for the world to persuade us to lead in this area," he added.

"This is the biggest economic opportunity of a lifetime and we need to grab it with both hands to ensure we set ourselves up for a more prosperous future."

Premier Gladys Berejiklian said the 2030 target - which improves on an earlier plan to cut emissions by 35 per cent below 2005 levels - would help the world decarbonise and shore up the NSW economy.

"This is about putting the policies in place to give industry and investors certainty, not only to protect our planet but to future-proof our prosperity and way of life," she said.

Mr Barilaro said NSW regional communities would reap the rewards of the industries set to emerge in coming decades on the back of a low emissions future.

"Whether it is in modern manufacturing, minerals or agriculture, regional NSW is home to the skills, infrastructure and resources needed as the demand for low emissions technologies like batteries and hydrogen grows," he said. "The entire state will benefit from the economic and employment opportunities in low carbon technologies.”

The federal government has so far committed to reducing emissions by 26 to 28 per cent on 2005 levels by 2030 as part of the Paris Agreement.

But it is yet to update the emissions target ahead of the Glasgow summit, despite the US and UK already revising their medium-term goals.

Finance Minister Simon Birmingham said the medium-term target was considered a floor and not a ceiling for its ambition to reduce emissions.

"Our ambition is to exceed those targets as we have been very clear," he told the ABC.

He said the government's focus remained on securing a path to net-zero through harnessing technology.

"You don't achieve net-zero just through a commitment or a promise, you achieve it through new technology," he said.