NSW Premier Gladys Berejiklian has rejected claims the Liberal Party has a women problem, saying half of her parliamentary secretaries are women and half of the six new Liberals to join parliament are women.

NSW Premier Gladys Berejiklian and her deputy John Barilaro have unveiled the new cabinet line-up, giving a renewed focus to the regions after the countryside swung away from the coalition at the state election.

But critics have been quick to point out there are fewer women with portfolios than there were before the reshuffle.

Andrew Constance will remain in charge of transport and Brad Hazzard will hold on to health but the Nationals' Paul Toole will take charge of regional transport and roads. 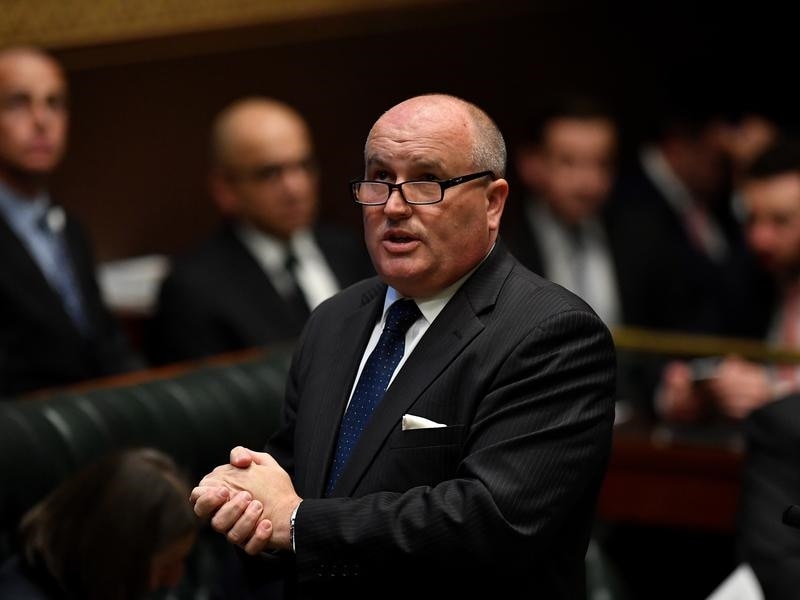 Fellow Nationals Melinda Pavey and Adam Marshall have also been given prominent roles in areas that hurt the Liberal/Nationals coalition on March 23.

Ms Pavey is bringing "fresh eyes" to the water portfolio partly replacing Niall Blair who stepped away from the regional water portfolio after massive fish kills in the Murray-Darling river system.

Mr Marshall will take the remainder of Mr Blair's former territory - as Minister for Agriculture and Western NSW.

"We know there were some messages from the election last weekend. That's why there is a focus with the appointment of Melinda Pavey on water," Mr Barilaro said.

He said the separation of water and agriculture "allows us to focus on each of them particularly with a greater focus on the drought but more importantly on water."

NSW Labor's interim leader Penny Sharpe said the Nationals would have to work hard after regional voters "left them in droves".

"(Ms Pavey's) National Party colleagues have left her with a mess," she told reporters in Sydney on Sunday.

"They've left her with significantly dying rivers, polluted rivers and a lot of unhappiness in the bush."

There are now only five female portfolio holders including Ms Berejiklian - that is one less than before the shake-up.

Three of those women are Nationals.

Ms Berejiklian, asked if her party had a problem with women, said half of her parliamentary secretaries are women and half of the six new Liberals to join parliament are women.

"There's a lot of potential there in the future," she told reporters in Sydney on Sunday.

"There's a long way to go but I'm pleased with the progress we're making."

Ms Sharpe said it was "very disappointing" the Liberal party could only fill two
of the 24 positions with women.

"Women deserve more than just 20 per cent of the decision making faces at the cabinet table," she said.