Businesses are grappling with staff shortages due to a pandemic plunge in skilled migration and overseas backpackers, which threaten to suck the bang out of Sydney’s reopening boom. 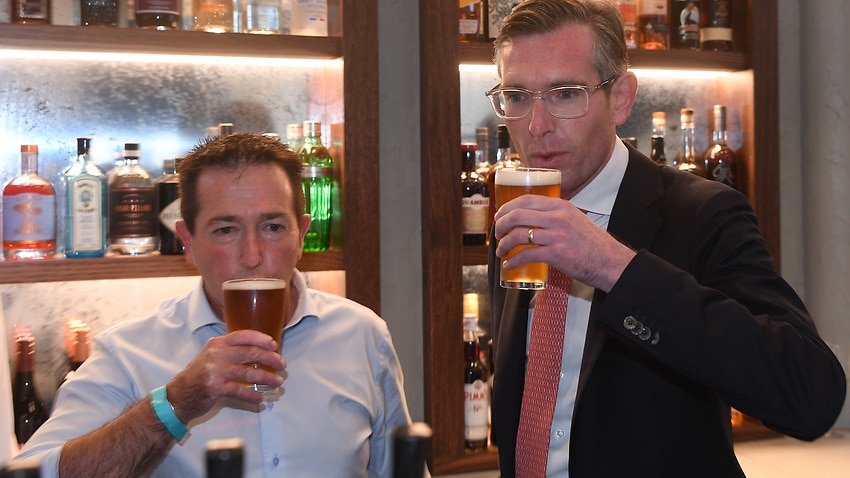 The co-operator of the Watson’s pub in Moore Park, just a few kilometres from Sydney’s central business district, is hoping to make the most of the economic boom following the easing of lockdown restrictions for the vaccinated in New South Wales.

“It’s been a tough road over the last few months. However, we got here,” Mr Watson said, speaking alongside NSW Premier Dominic Perrottet at a press conference held at the pub.

But he admits he’s “lucky enough we've got enough people here to open the doors,” amid a crippling staff shortage in the hospitality sector.

“Apart from the lockdown itself, it’s one of the biggest hurdles,” he told reporters.

“We rely on overseas travellers, backpackers and the like, they're just not here, or they've taken roles elsewhere. We have really struggled to find staff.”

And efforts to find more staff based locally have so far fallen short.

“But we've had job adverts out, via social media, the likes of your large recruitment agencies, and they're just not around,” Mr Watson said.

“I think some supply outweighs the demand.”

It’s not just an issue for hospitality, but a crunch being felt across industry in NSW following the closure of international borders.

“It comes down to the general labour shortage, It's skilled migrants and general labour. We don't have the backpackers, people doing overseas experience,” Business NSW CEO Daniel Hunter said.

He said reopening the international border and resuming skilled migration was critical to solving the problem.

“We won't get those engineers, those accountants, they'll commit to other projects and we need the skilled migrants to deliver on some of the infrastructure projects.”

Mr Hunter said the issue was exacerbated in the state’s regions, and made worse by a housing crisis.

“Some of the lower-paid jobs, if you can't get housing, you can't go to the area and get the job,” he explained.

NSW Premier Dominic Perrottet said the labour shortage was an issue the state was already grappling with before the most recent outbreak that began in June.

He’s flagged his intentions to re-open international borders – with a shortened home quarantine program – in November.

“[It’s] not just issues of labour shortages in NSW, this will be a national problem,” he said.

“I know the federal government and I had discussions with them prior to being in this role about how we can expedite that and bring it forward.”

“The next step after returning Australians is bringing in labour, helping pubs out, and publicans like Mike get people back into work.”

Mr Perrottet has also expressed his desire to see the international tourism market re-open before Christmas, and for international students to return ahead of next year.

The state will be quarantining 500 international students in special accommodation in Redfern as part of a trial program.