Of the 11 new deaths, ten people were unvaccinated. 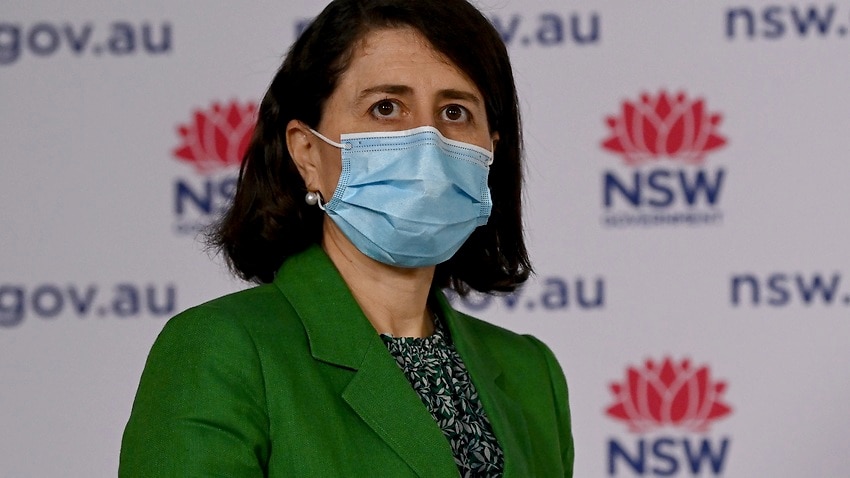 Of the new fatalities in the 24 hours to 8pm on Thursday, ten were unvaccinated. Five were women, six were men and they ranged in age from people in their 40s to those in their 90s.

Two died at home and were tested for COVID-19 after they passed away.

"Again, it shows we cannot be complacent with COVID and we need to take precautionary action and get vaccinated," NSW Chief Health Officer Kerry Chant told reporters on Friday.

Traces of COVID-19 has been detected in sewage samples from Lightning Ridge in western NSW, Jindabyne in the state's south, Crookwell in the Southern Tablelands, and South Lismore in the state's north.

No recent cases have been recorded in these areas.

New venues in regional NSW have also been added to the list of COVID-19 exposure sites, covering locations in Dubbo, Cowra, Shellharbour and Broken Hill.

Vaccination rates 'through the roof'

As of midnight on Wednesday, 84.1 per cent of the over-16 population in NSW had received a first dose of a COVID-19 vaccine, and 56.6 per cent were fully vaccinated.

A third of children aged 12 to 15 have received a first dose of a vaccine, Ms Berejiklian also announced on Friday.

She said she was pleased that vaccination rates have gone "through the roof", particularly in the local government areas of concern.

The premier said planning around reopening continues as the vaccination coverage approaches the 70 and 80 per cent double dose mark.

"Everything we start doing, we look forward to doing at 70 and 80 per cent, must be done with a degree of caution and responsibility because otherwise too many people will end up in hospital," she said.

Legal orders are being drafted to allow fully vaccinated people into hospitality venues on the Monday after the 70 per cent double dose target is reached.

NSW Health is also expected to give an update in the coming days on contact tracing procedures as the state gets closer to the milestone.

Ms Berejiklian said one aspect of the contact tracing plan would be the use of home isolation to keep infectious people from circulating the virus in the community.

Community sport and international travel are being considered at the 80 per cent dose target, depending on the daily case numbers and hospital caseload.

"Once we get to that 80 per cent double dose, I would welcome having thousands and thousands of Australians come through Sydney Airport," Ms Berejiklian said.

She said she expected the main restriction on the number of returning Australians at that point would be their vaccination status.

Earlier on Friday, the NSW government confirmed hundreds of fully-vaccinated international students would start returning to the state by the end of the year after a pilot was signed off on by the Commonwealth.

"Please keep coming forward to be vaccinated," he said in a tweet.

Since the national rollout commenced in February more than 26 million doses have been administered – just over two million in the last seven days alone.