The number of cases reported on Saturday, which came from 64,118 COVID-19 tests, is a slight drop from the previous day's tally of 345. 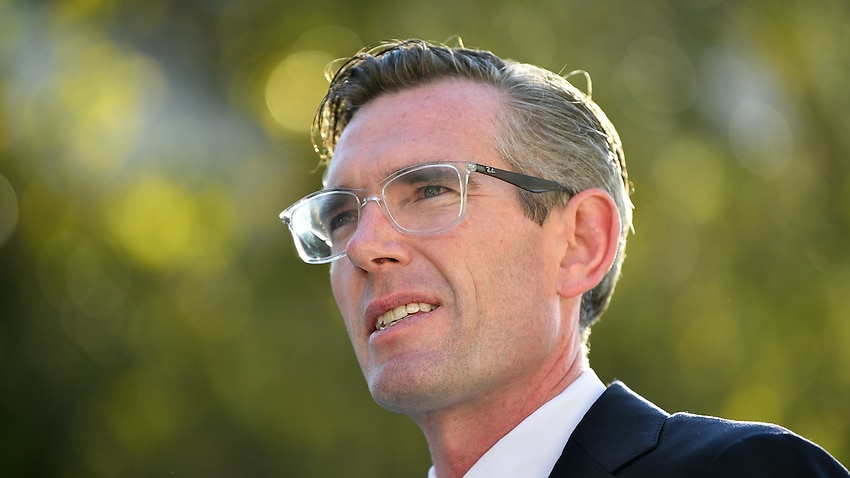 NSW premier Dominic Perrottet will establish an inquiry into a series of brutal gay and transgender hate crimes committed in Sydney between 1970 and 2010. Source: AAP

The number of cases reported on Saturday, which came from 64,118 COVID-19 tests, fell from the previous day's tally of 345.

The number of people in hospital has also dropped, to 469 from 482, with 123 people in intensive care.

The two new fatalities include an unvaccinated woman in her 70s from Sydney’s northwest who died at Hornsby Hospital, and a man in his 60s who had been double-vaccinated.

He died at the Mercy Place Albury aged care facility, where he acquired his infection. His death is the second linked to the facility.

As of Thursday, more than 92 per cent of NSW residents aged 16 and over had received at least one vaccine dose, with 83.7 per cent fully vaccinated. In the 12-15-year-old age group, 77.1 per cent had received their first dose, and 46.1 per cent two.

NSW Education announced late on Friday evening seven schools had been closed with immediate effect ahead of deep-cleaning and contact tracing.

Meanwhile, NSW residents can begin jetsetting internationally in just over a week, as airlines prepare for huge demand once international travel resumes.

Qantas CEO Alan Joyce says the airline had seen a "phenomenal reaction" and "massive" demand in light of its decision to move forward flights.

A large number of flights sold out in a few hours, and international sales have been exceeding domestic ones, he said on Friday.

The carrier will resume regular long-haul international services for the first time since March 2020 when a 787 leaves Sydney bound for London on 1 November.