As the NSW election looms, SBS News looks at the issues that matter.

With only a week until the NSW state election, the Coalition and Labor are deadlocked at 50-50 on a two-party preferred basis, according to one poll.

Liberal Premier Gladys Berejiklian is facing Labor leader Michael Daley, who has only been in the job for a matter of months, after his predecessor Luke Foley resigned amid a harassment complaint.

As the 23 March election day approaches, the two leaders are crisscrossing NSW, pressing the flesh and promising to spend big.

So what are the issues that could decide who takes the reigns of Australia's most populous state? Climate change to be a vote changer in NSW

In a uniquely Australian way, much of the NSW election campaign has been centered around a football stadium.

Facing backlash over costs, she then decided to instead refurbish ANZ stadium but doubled down on a total rebuild of Allianz stadium at a cost of $730 million. Allianz Stadium has become a flash point of the campaign.
AAP

Sensing public frustrations, Mr Daley has called for a pause to demolition work and used the episode to question the premier's spending priorities.

NSW Labor is using a slogan "schools and hospitals not Sydney stadiums". "The Business Case clearly demonstrates that rebuilding the SFS, with either 40,000 or 45,000 seats is a better option than refurbishing the existing venue," the government's material states.

The Land and Environment Court last week threw out a legal challenge to the government's plan but the community group behind the legal bid has lodged an appeal to the NSW Supreme Court.

WATCH | Labor leader Michael Daley tells @AlanJones he will sack him and the entire SCG Trust board if elected.

On Monday, Mr Daley said "only a government dripping with arrogance would move to knock down that stadium with a court case still to be heard and an election only 12 days to go".

He has also vowed to remove the trustees that oversee operations of the Moore Park sporting facilities, including veteran broadcaster Alan Jones.

More so than in recent years, climate change appears to be a big vote-winner in this state election.

One recent opinion poll found almost 60 per cent of NSW voters will be swayed by the issue when casting their ballot, promoting both major parties to talk up their climate change credentials.

Ms Berejiklian on Tuesday said "of course" she believed in climate change and she had made that clear "on a million occasions".

"We've had a very consistent position since we've been in government that climate change is real and as a government we need to do everything we can to deal with it - and we have been," she said.

She said NSW boasts "the largest renewable projects in Australia".

Mr Daley on Tuesday said he wasn't surprised by the poll and vowed a Labor government would have a climate change minister at Macquarie Street.

"We believe in climate change, we believe it's real, the Coalition don't," Mr Daley told reporters.

"They still think it's funny that Scott Morrison walked into parliament with a lump of coal. I don't think that's funny. I think it's a lack of leadership."

He also went on to praise the school students planning to strike over climate change, calling it a "demonstration of young leadership". Mr Daley has promised to spend big on education - $7.4 billion to build new schools and upgrade others across the state in addition to the $2.7 billion previously allocated to fully fund the Gonski agreement by 2027.

Labor will put our children's future before Sydney stadiums.

The Coalition has said it will spend $2 billion to hire almost 5,000 new teachers.

And at the launch of her campaign, Ms Berejiklian revealed a new program that would give every child in NSW access to before-and-after school care from 7am to 6pm by 2021.

At her launch speech, Ms Berejiklian said "we are delivering the greatest public investment in public transport in Australian history".

Ms Berejiklian has promised an extra $3.4 billion to the Metro West project, taking the state funding to $6.4 billion. She said her government would begin construction of the project in 2020, with tunnel work expected to begin in Westmead in 2021.

The NSW Labor opposition has promised $5 billion towards the Metro West project, with another $3 billion from the federal government if Bill Shorten wins the May election.

For health services, the government recently pledged to build or upgrade 29 hospitals and health facilities.

This included $1.3 billion for Lidcombe hospital in Sydney's southwest and adding 5,000 more nurses and midwives to health services. 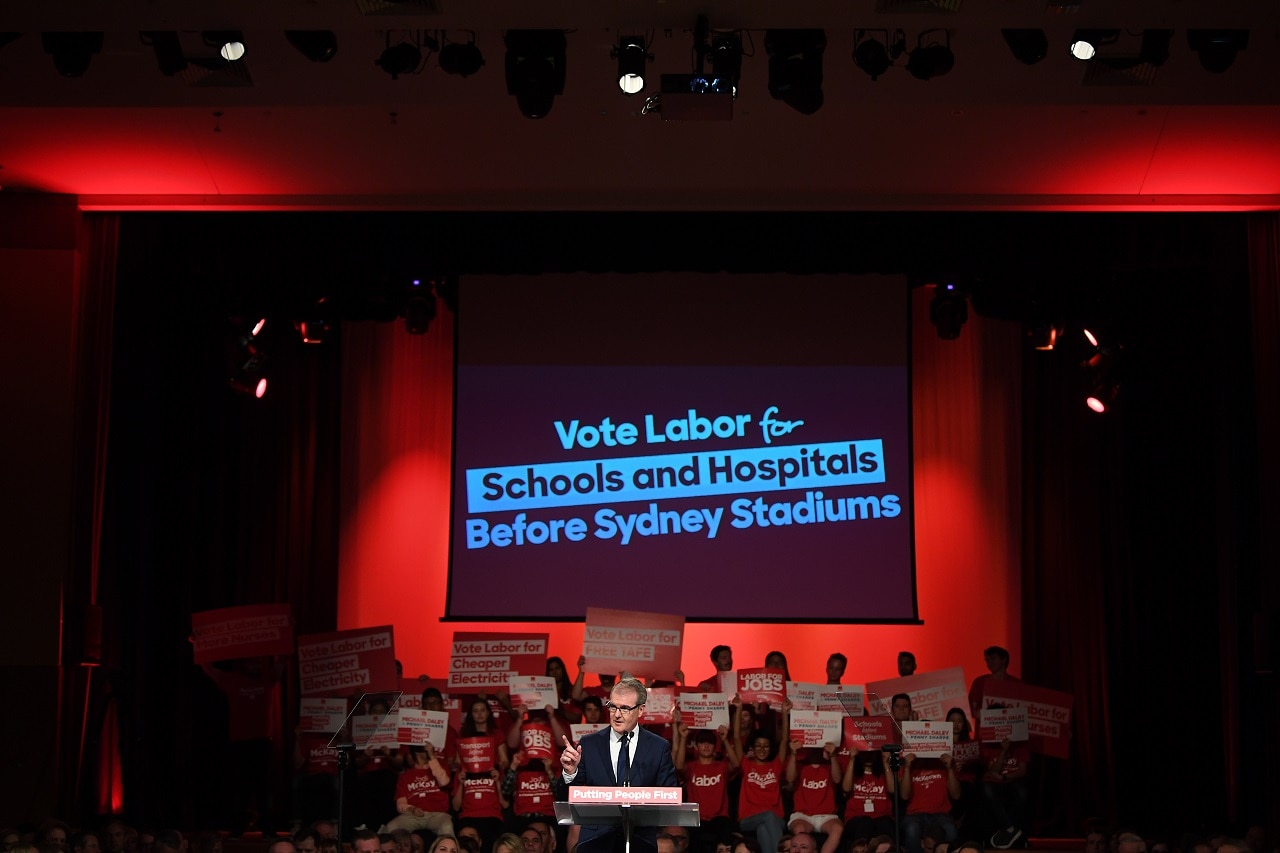 This part of a promised $250 million spend, to boost the state's mental health services.

While both parties have placed the emphasis on local issues, there's no escaping that federal politics could influence some voters.

With the federal Coalition just losing its 50th straight Newspoll, Prime Minister Scott Morrison hasn't been a regular feature of the state campaign. 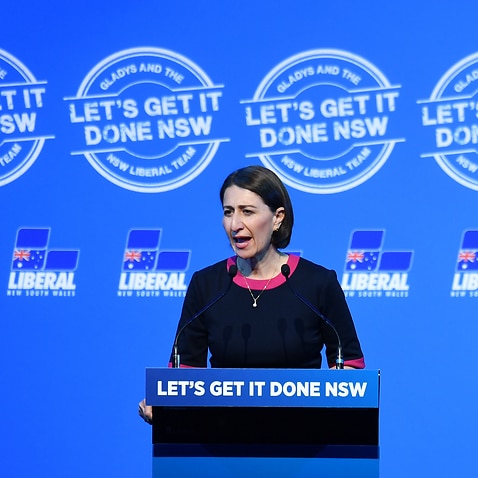 Mr Morrison attended the state Liberals' launch, but did not speak to the party faithful.

"I'm always concerned about the prospect of any Labor government because it means higher taxes and a weaker economy," he said after the event. 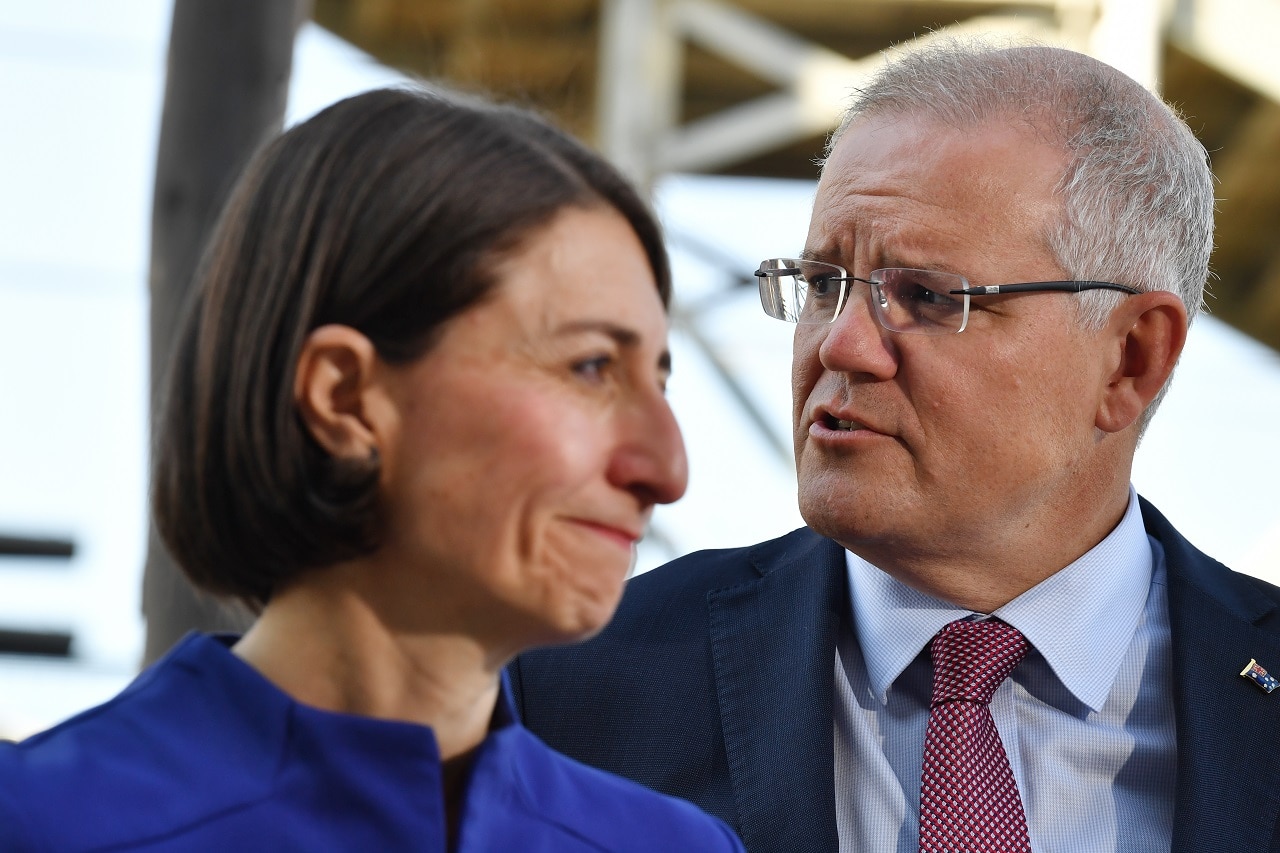 Ms Berejiklian and Mr Morrison have dismissed suggestions the federal government's standing will affect the result.

"Australians at the end of the day will make a judgement in a couple of weeks' time about what is right for NSW," Mr Morrison said.

In contrast, federal Opposition Leader Bill Shorten has been more visible in the campaign, including making a speech at the campaign launch.

"If you want a government that will help the people instead of helping themselves then vote for Michael Daley and vote for Labor," Mr Shorten said.