Residents who were evacuated from remote communities in the Northern Territory ahead of ex-tropical cyclone Trevor are returning home.

Northern Territory residents evacuated from the path of ex-tropical cyclone Trevor are slowly being returned home as the tropical low circles back towards Queensland.

The first repatriation flight carrying people back to Angurugu and Umbakumba took off on Sunday morning, and further plans are being made as assessors sweep through properties to see if they are safe.

Teams have cleared homes in Angurugu, Umbakumba and Ngukurr, but officials are still waiting for word about homes in Borroloola and Robinson River and Bickerton Island, west of Groote Eylandt. The storm produced wind gusts of 230 km per hour.
SBS

"Your homes, your lives, the places you know and care about are threatened."

More than 2000 people were evacuated from communities, the largest such effort in the NT since Cyclone Tracy hit Darwin in 1974.

"We know it was extremely stressful for you in those evacuation centres but you were patient and we thank you for that," Mr Gunner added.

"We are doing everything we can to get you home as soon as possible." 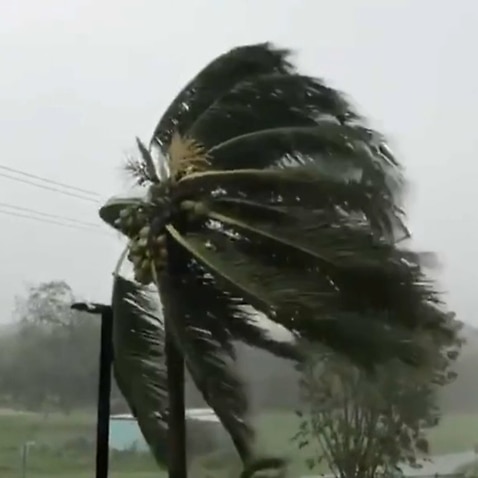 Assistance payments of $503 for adults and anyone over the age of 16 living independently, $250 per child and a maximum package $1266 per family will be made available.

Numbulwar residents in Katherine have been asked to stay at their registered shelter on Sunday night before buses start to take them home on Monday morning.

The evacuation centre there was thrown into chaos by a storm overnight on Saturday, and advice to drink only boiled water remains in place when they get home.

NT police regional controller Travis Wurst said police are checking on the welfare of their pets, along with those in Borroloola, and that there are yet to be reports of livestock losses. 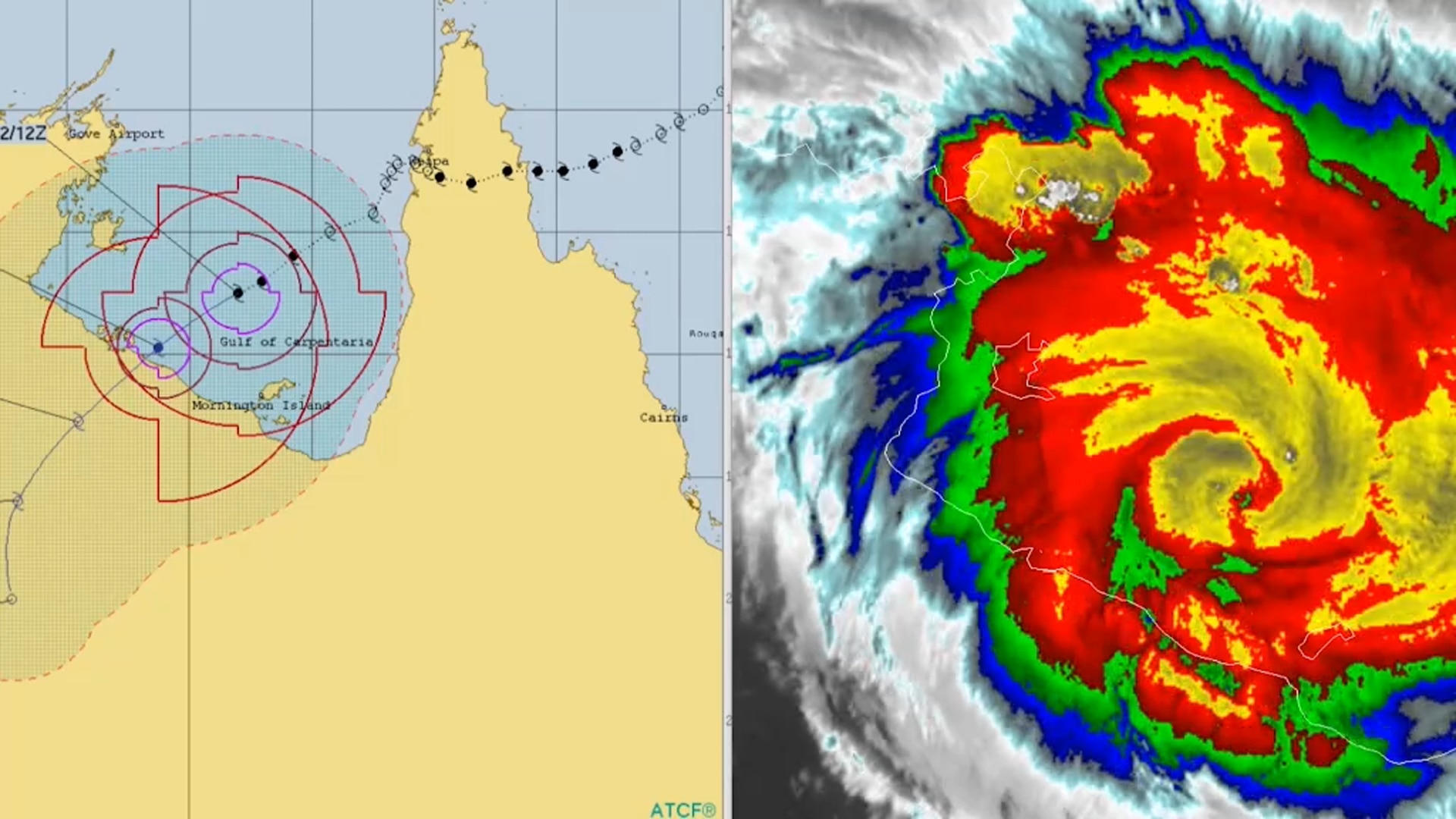 More than 2000 people had been evacuated from communities under threat from the cyclone.
SBS

The destructive core of the cyclone passed just southeast of Borroloola and the McArthur River mine, meaning they escape the most severe impact.

Tennant Creek is also expected to escape the worst of the storm on Sunday, as it moves through the Barkly region, with heavy rainfall expected in the northeast Simpson district.

The ex-tropical cyclone is forecast to bring a few days of heavy rainfall to western Queensland south of Mt Isa, starting on Monday.

There is a potential for flooding south of the areas that went underwater last month, but meteorologists are watching closely.

"Those areas could get some rain, and heavy rainfall is hard to rule out at this point," the bureau's Lachlan Stoney said.

"(We are) not necessarily forecasting there to be widespread floods, but flooding would be something that we are monitoring closely for areas south of Mt Isa."