NZ would have to mull over a ban on offshore asylum seekers on-travelling to Australia when considering its offer to take in 150 refugees, NZ's deputy PM says.

New Zealand's deputy prime minister says his country's offer to take in offshore asylum seekers could be seriously reconsidered if the refugees are banned from later travelling to Australia.

The comment by Winston Peters appears to contradict Kiwi Prime Minister Jacinda Ardern's stance that any block on on-travelling was a decision solely for Australia and wouldn't affect the New Zealand offer. 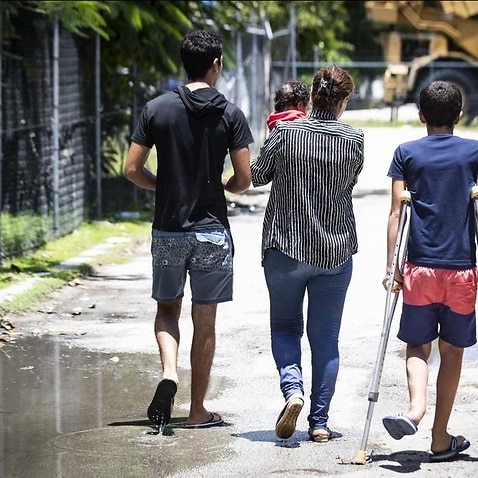 Since 2013, New Zealand has had a standing offer to take in as refugees 150 people held on Nauru.

Prime Minister Scott Morrison recently indicated he may be open to accepting the deal on the condition they never come to Australia but has since gone cold on the idea.

But while both Ms Ardern and New Zealand's immigration minister have this year held that banning the refugees from Australia wouldn't change the offer, Mr Peters has now raised the prospect it would have to be taken into consideration.

"It's a whole new aspect and, of course, that would be something to seriously consider against all the other decisions we might make around that. But that changes the picture," he told Sky News.

Mr Peters has previously raised concerns about the idea of creating a "second-class" citizenship in New Zealand law by stopping travel to Australia for some.

Comment has been requested from Ms Ardern and her immigration minister's offices.

The offer was raised again when she and Mr Morrison met last week.

It's been repeatedly rebuffed by Australian lawmakers, who say it could be used as marketing for people smugglers.