Up to 15 Australian citizens and residents appear to have died from Monday's volcanic eruption in New Zealand as six bodies have been retrieved from the ash-covered White Island.

Australia's foreign minister Marise Payne says she expects all six bodies taken from the island in a high-risk mission on Friday will be identified as Australians, although New Zealand police have said it is too early to tell. 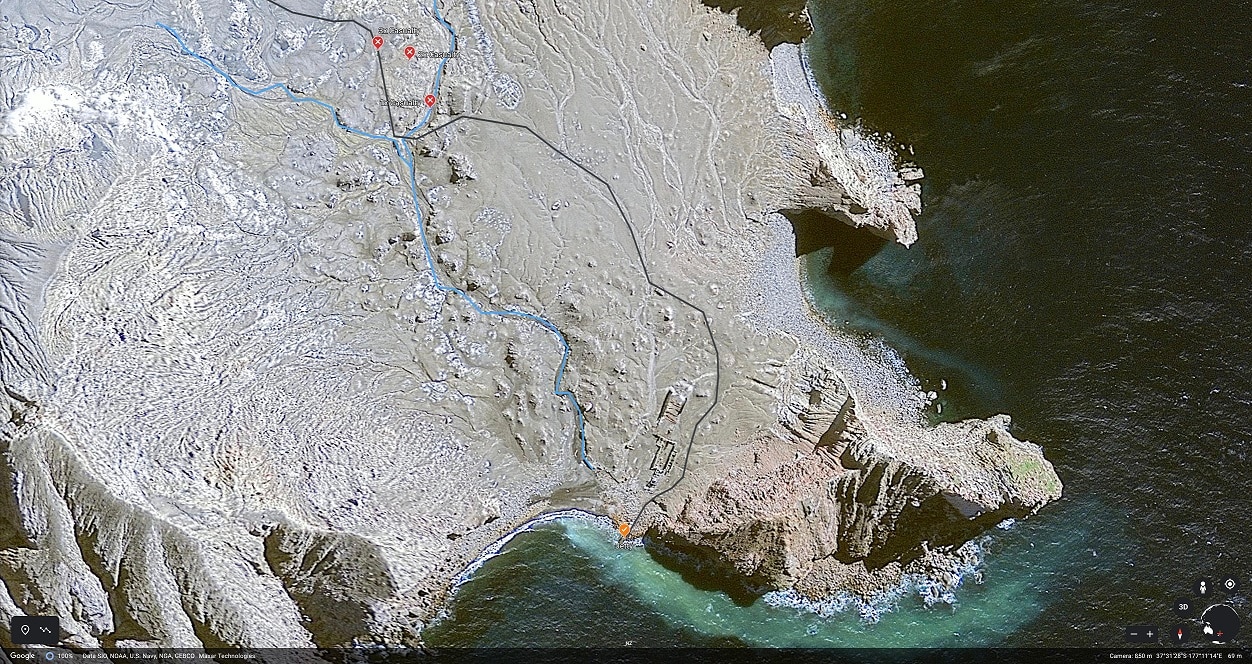 "I think it is difficult to say in advance of the formal process but we know, and we have been advised by authorities, that that is expected to be the case, yes," she said.

The bodies are now onboard the navy vessel HMNZS Wellington.

Six bodies have been successfully recovered from Whakaari / White Island and are now on board HMNZS Wellington. New Zealand defence personnel will continue their mission to retrieve two more bodies, believed to be Kiwi tour guides, which they couldn't find on Friday. Tourist's video captures terrifying moments before and after Whakaari eruption

'Every effort' made to recover two remaining bodies

New Zealand Police Commissioner Mike Bush has credited the retrieval work of emergency services but notes the operation is far from over.

"The environment that those staff encountered was unpredictable, challenging and those staff showed absolute coverage in order to ensure that those six people were returned to their loved ones," he said.

"We are this afternoon returning with an aerial search of Whakaari to see if we can identify anyone else on the island and we are also right now deploying our dive team to search...the surrounding waters."

They were met by locals and other family members, who held balloons and framed photographs of the some of the victims. @SBSNews pic.twitter.com/tr76aaB7Kv

In a statement, NZ Police said "We are making every effort to locate and recover the two remaining deceased".

GNS Science has reported a 50 to 60 per cent chance of a further eruption on White Island, which is the major threat to rescue operations and the lives of people on Whakaari. Families arrive at the Whakatane wharf following a blessing at sea.
AP

While the eight victims perished in the heat, ash and toxic gases that enveloped the island following Monday's eruption, three other Australians lost their fight for life in New Zealand hospitals.

Most of those who survived are now back home under the care of Australian specialists but their battle is not over with many still listed as critical.

Eleven have been transferred to hospitals in Sydney and Melbourne. At least two more survivors are expected to be flown home within 24 hours, while one will remain in hospital in New Zealand.

Senator Payne has expressed the sense of the darkness families are experiencing as they wait for the formal identification of the dead, and come to terms with the horrible nature of survivors'injuries.

"My officials are advising me that this is a time of absolute desperation and distress and to every single one of those families and their friends and their loved ones our hearts go out at this extraordinarily difficult time," she told reporters on Friday.

"It is almost inconceivable to try to imagine how they are dealing with such catastrophic injuries for those whose loved ones have survived this event." Families of victims of the White Island eruption walk to a nearby marae after arriving back to the Whakatane wharf following a blessing at sea.
AP

Australian Federal Police have gone to New Zealand to aid the formal identification of victims. In the days ahead, Australia will have to contend with the return of bodies.

Senator Payne said some grieving relatives had attended a small blessing service near White Island on Friday morning, as the dramatic and risky search for bodies played out. "I hope, to some extent, that has provided them with some small amount of solace in these extraordinary times."

Family representatives and Maori community members also headed out into the Bay of Plenty at first light on Friday.

They conducted a spiritual service close to the island before returning to shore, embracing remaining family members.

The official death toll from Monday's blast stands at 14, with the two remaining bodies believed to be on White Island giving a presumptive toll of 16.

Information from families and friends indicate 10 Australians have been confirmed dead or presumed dead, while fears are held for five more. Families of victims of the White Island eruption embrace after arriving back to the Whakatane wharf following a blessing at sea.
AAP

Fears are held for Berend and Matthew Hollander's parents Martin and Barbara Hollander, while Sydney couple Anthony and Kristine Langford, and their daughter Winona, 17, are missing.

'Questions must be answered'

New Zealand Prime Minister Jacinda Ardern says she will be examining the scope of the WorkSafe investigation into how the deaths occurred and why tourist operators were allowed to conduct business on the active volcano.

"People of course want their questions answered," she said.

"We need to look at the situation in front of us, which is what happened on White Island and make sure we answer those questions. "And they will be answered. But we also just need to give a bit of space to those families too."

She said a Royal Commission is not being considered at the moment, but the remit of the WorkSafe investigation will be considered carefully.

"It isn't right for me to get into any speculation around questions of risk analysis and so on.

"I ultimately think families will be best served that rather than speculation we look at these questions properly and with the right people. And that is exactly what needs to happen."