It's the face tattoo that's divided a nation. Sally Anderson’s Tā moko has sparked outrage because she has no Maori heritage.

A New Zealand life coach has been slammed over her facial tattoo, known as a Tā moko, because she is not of Maori descent.

Although she was inked several years ago, she's now being accused of cultural appropriation because photos of her with the chin tattoo have been used in ads for her business.

What is a Tā moko?

The Tā moko is culturally significant to Maori communities, seen as a sacred marker of their heritage and lineage.

Ms Anderson, whose husband is of Maori descent, has previously said the Tā moko was done a few years ago to mark a turning point in her life.

Maori artists, including Ngahina Hohai, have slammed Ms Anderson’s use of the Ta Moko. In a Facebook post titled “Moko kauwae is not for Pākehā!”, Ms Hohai criticised the tattoo and its artist, Inia Taylor.

“Moko kauwae is the DNA blueprint of Maori Women,” she said. 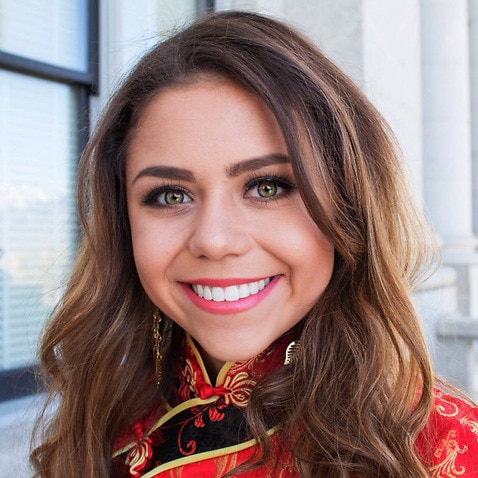 “It speaks to our whakapapa (genealogy) and stands as a bastion of our survival. Cultural appropriation has pillaged almost every other taonga (treasure) sacred to our people. The line is drawn here.

Speaking to SBS News, a spokesperson for the Zealand Tattoo parlour in Christchurch and Queenstown, believes the backlash is “a bit silly”. Ms Anderson did not have her tattoo done at Zealand Tattoo.

“I would just say it’s a bit double-handed perhaps. I wouldn’t understand exactly why they would be getting upset about this particular individual when it’s so well spread internationally…all parts of the globe and all ethnic origins,” she said.

“In the past, Tā moko tattoos traditionally represented particular Maori tribes, and there was a different heritage and ancestry.

“There’s been actually a large past history of getting traditional Maori tattoos. However the tattoo itself can have a wide range of legitimate meanings; such as family, you know physical lives, prosperity, travel, strength, your career.

"So they don’t necessarily have to be representational of specific Maori tribes, but that’s really what it was in the past, not so much in its current artistic rendering.” Sally Anderson's husband, Roger Te Tai, who is Maori and has a full facial moko, has defended his wife's decision to have a Tā moko. (Facebook)

Customers of non-Maori backgrounds regularly request such tattoos, according to Zealand Tatoo Parlour.

“Much of our clientele is international and it’s a great way for the Maori people of New Zealand to show their wonderful culture and artwork to the world,” the spokesperson said.

“Famous musicians such as Ben Harper, you know Robbie Williams has one. They proudly display Maori tattoos constantly, and both of them don’t have any Maori heritage or bloodline.”

"I don't have a problem with it. She paid for it. It's her chin and if she wants to walk around with a scribble on her face that's entirely up to her,” he said.

Ms Anderson did not respond to requests by SBS News for comment but has defended her wearing of the Tā moko in the past.

Her website states it "explains the transformative work that Sally does", with Ms Anderson saying her husband supports the tattoo.

The life coach has since removed some of the branding from her website, but a picture of her with the Tā moko remains as the profile picture on her official Facebook page.