A truck and an express train carrying 500 people have collided in Japan's second-largest city, killing the driver and injuring dozens of passengers.

One person has died and at least 34 have been injured when a truck and an express train with 500 people aboard collided in Japan's second-largest city of Yokohama, setting the truck on fire and derailing half the train.

The accident on Thursday, which halted services on a busy rail link to the capital, Tokyo, smashed the glass in the driver's compartment and derailed three of the train's eight carriages, video images showed, leaving the lead carriage badly twisted.

"The sound of glass breaking was incredible," one passenger told national broadcaster NHK. "By the time I knew what had happened, the carriage was all smashed up." 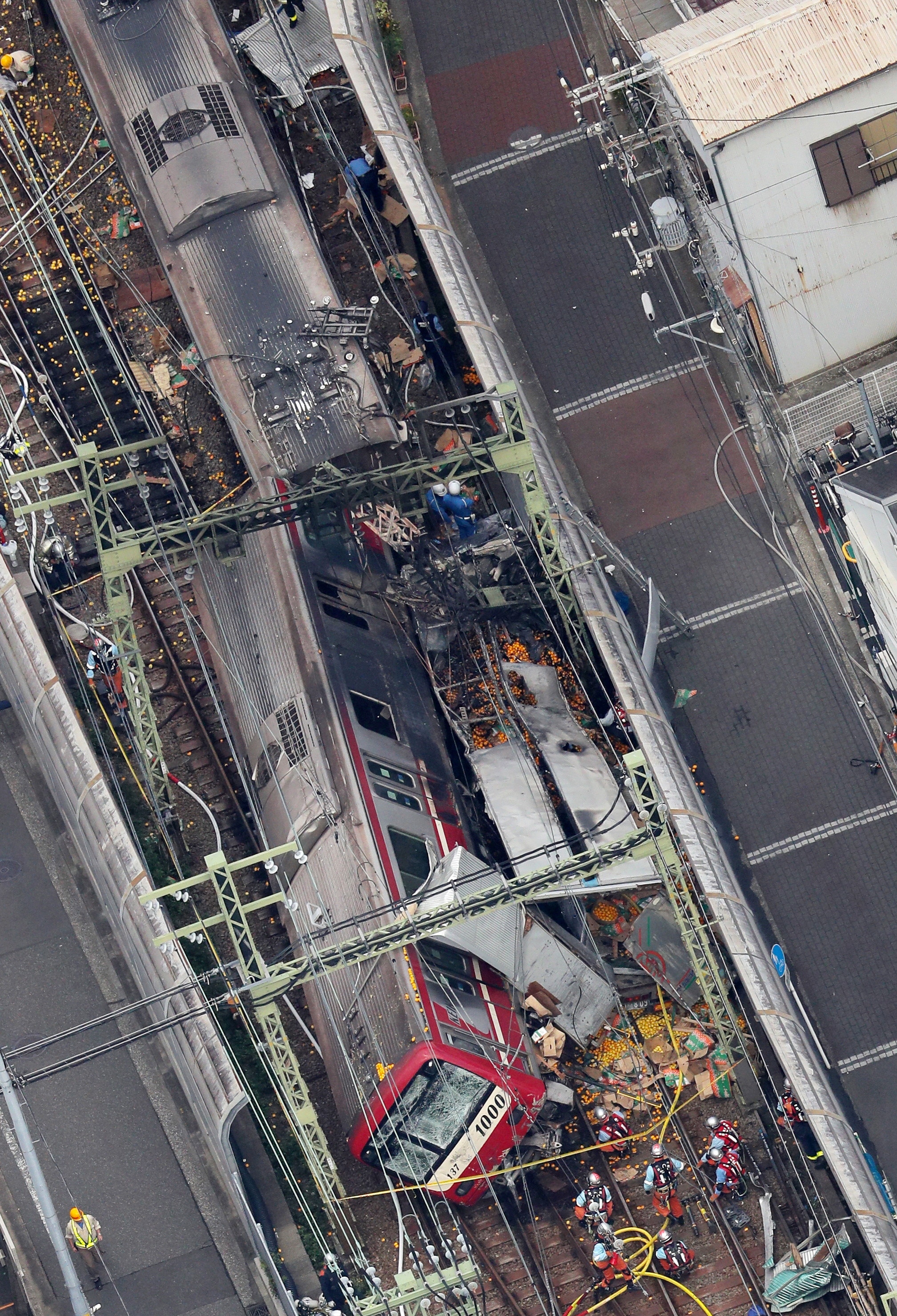 An aerial view shows authorities working at the scene of a train crash in Yokohama.
JIJI PRESS

The driver, a man in his 60s, died, fire officials said, while a woman was seriously hurt and three had less grievous injuries, with others suffering superficial wounds.

The train driver slammed on the brakes when he saw the truck in the crossing but was unable to stop in time, NHK quoted train company Keikyu Corp as saying.

A train has collided with a truck at a railway crossing in Yokohama, near Tokyo. The truck caught fire, sending black smoke into the air. Authorities say at least 30 people may have been injured. pic.twitter.com/QJ6oiq4AhQ

#BREAKING: Emergency services in the Japanese city of Yokohama say one person has died and 30 others have been injured in a collision between a train and a truck. - JT
pic.twitter.com/iWrmoHOPnp

One passenger said she heard the train's whistle blow for a long time before she felt the crash.

The truck, carrying fruit, was crushed between the train and a wall and caught fire immediately after the accident.

Smashed boxes and what looked like oranges and lemons littered the track as rescuers crowded the site. 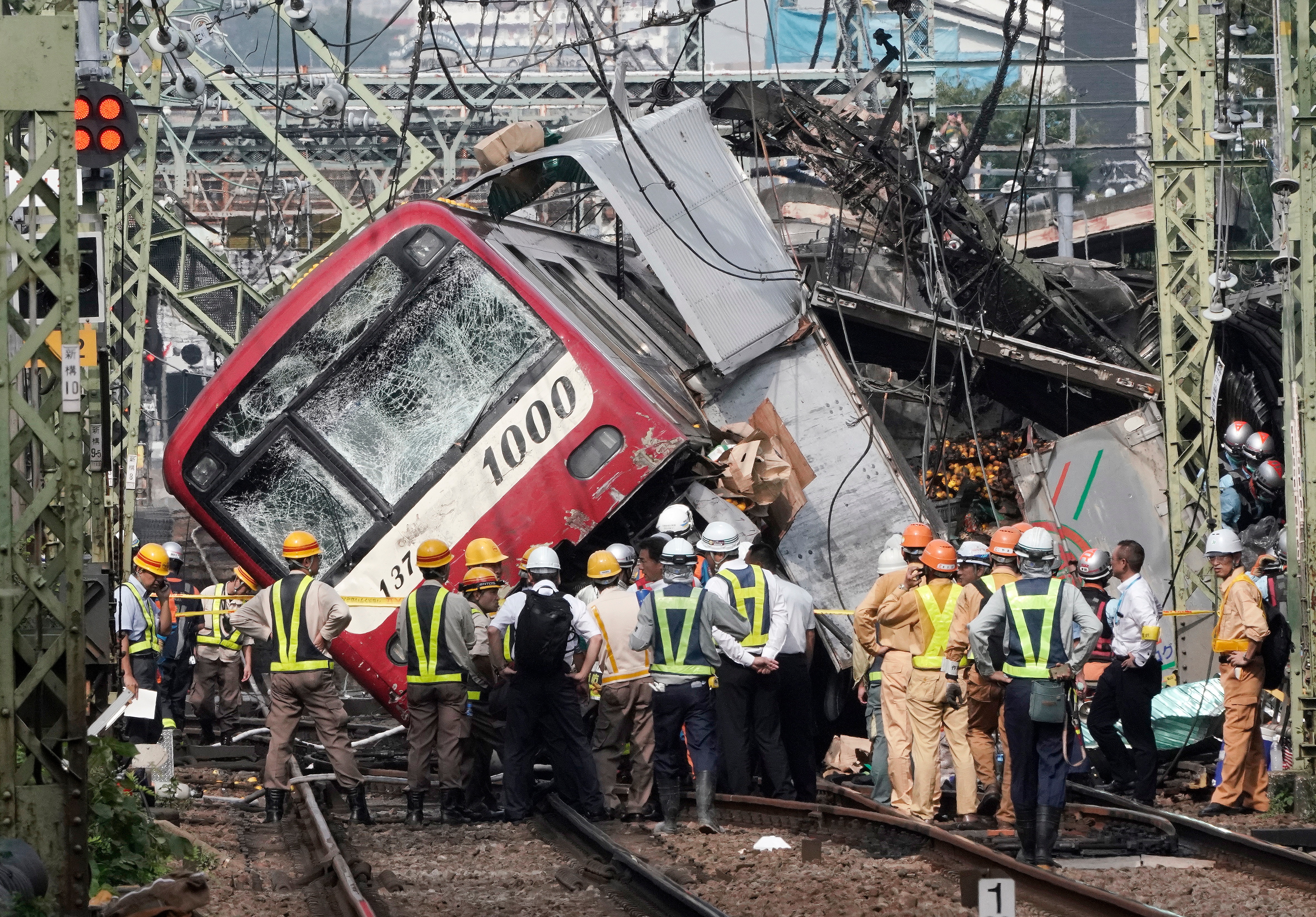 Authorities work at the scene of a train crash in Yokohama.
EPA

Authorities, including the transport ministry, said they were investigating the cause of the accident but were unable to give details.

Police confirmed a collision between a vehicle and the train, but could not elaborate, citing the investigation.

Some passengers posted videos on social media showing people getting off the train after the accident, a twisted electrical pole and train seats covered with broken glass.

There were about 500 passengers on the train, NHK said.

The accident, which halted trains on the commuter line run by Keikyu, happened near a station used by more than 19,000 people every day, the train operator said. There was no word on when services might resume.