A test case on NSW vaccine mandates has been viewed more than one million times on YouTube, according to data from the NSW Supreme Court. 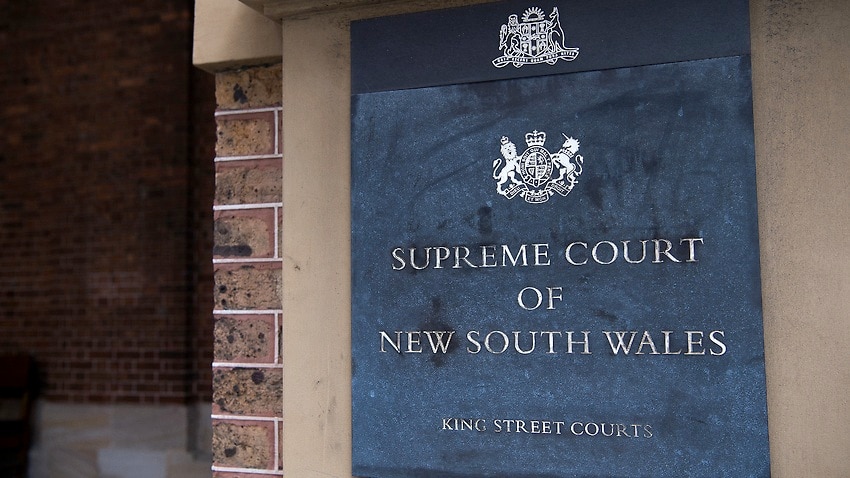 The NSW Supreme Court will on Friday afternoon hand down its decision on the validity of the state's vaccine mandates for certain workers and Sydneysiders. Source: AAP

A vaccine mandate test case set to be decided soon has garnered more than 1.4 million views on YouTube, heralding a new era for Australian courts.

The NSW Supreme Court will on Friday afternoon hand down its decision on the validity of the state's vaccine mandates for certain workers and Sydneysiders.

The judgment will be broadcast on YouTube, as each hearing of the case has been since it was first listed in early September.

The audience peaked at 58,484 people during a directions hearing after the YouTube link was shared heavily on Telegram channels, including one for supporters of Senator Malcolm Roberts.

The NSW Supreme Court has previously streamed admission ceremonies and a select number of high public interest cases, including parts of the trial of former Labor powerbroker Eddie Obeid.

"The Court's use of YouTube to accommodate the increased public interest in these cases is indicative of the Court's principle of open justice," a spokeswoman said.

YouTube analytics was unable to reveal viewers' country of origin.

Each peaked at more than 2000 viewers while about 900 turned into a hearing involving Ben Roberts-Smith.

Professor Rick Sarre said broadcasting court proceedings went back as far as the coronial findings into the death of Azaria Chamberlain in 1981.

But concern about preserving evidence, lawyers playing to camera and the work involved in setting up a courtroom for broadcasting has held all but a few cases.

"The idea is it will happen a lot more but judges will be more particular about what they will subject to that," he told AAP.

"Leave it in the hands of the judge and he or she will be in the best position to make call."

Public faith in the administration of justice requires that justice must not only be done, but it must also be seen to be done, Law Council of Australia president Jacoba Brasch QC said.

"The Courts' willingness and adaptability to shift online during COVID has not only enabled Australians to continue to access justice during this time, but made it possible for more members of our community to observe our legal system in action if they so wish," Dr Brasch told AAP.

However, she said the shift did create potential challenges that must be managed, such as ensuring people do not record the proceedings.

That issue manifested in the vaccine mandate hearing, causing the NSW Supreme Court to remove the ability to watch hearings after they had concluded.

Friday's judgment will be short, with written reasons published soon after.

The plaintiffs - a group of 10 people including teachers and nurses - have argued public health orders requiring them to get vaccinated before they go to work are invalid.

Their lawyers told Justice Robert Beech-Jones the orders were an attempt to coerce their clients into receiving a vaccination and discriminate against a minority group.

But a barrister for Health Minister Brad Hazzard says the rules are really a temporary restriction on movement, which the plaintiffs could avoid if they decided to get vaccinated.