The head of Australia's weather agency has fended off questions from One Nation Senator Malcolm Roberts suggesting the bureau changed data to fit a climate change narrative.

Senator Malcolm Roberts has accused the Bureau of Meteorology of promoting a climate change narrative during his questioning of the weather agency’s director as part of Senate estimates.

The senator has long pushed back at scientific evidence promoting the role of fossil fuel emissions in causing climate change and alarmism over its impact.

But on Monday in estimates, he pointed to a graph which he says can no longer be accessed on the Bureau of Meteorology's website. He said this had outlined the number of "very hot days" from 1920 to 2015, suggesting the bureau had removed the graph because it didn't fit a climate change narrative.

"This graph goes against the narrative of the climate extremists and it was removed," the Queensland senator said.

“It can no longer be accessed. 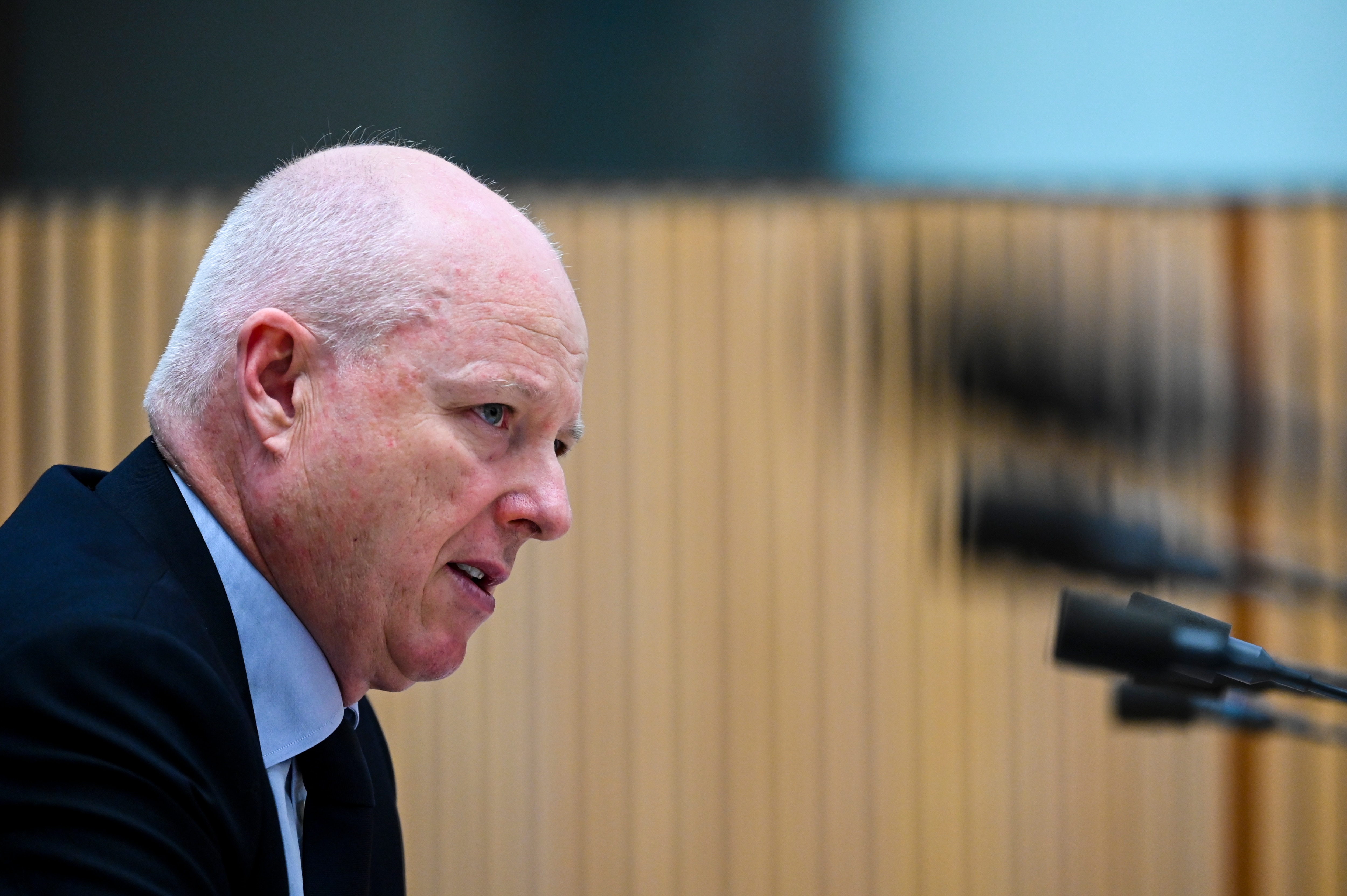 BOM's CEO Dr Andrew Johnson said he had not seen the graph referenced, but rejected the idea the weather agency would adopt any such narrative.

"Firstly, I reject the premise of your overarching question," he said.

"The Bureau of Meteorology simply reports on the data which it observes.

"Integrity of our data is of the highest order and I stand absolutely, 100 per cent behind it." The senator repeatedly pressed Dr Johnson on questions relating to the graph, which he said would be taken on notice.

“How can we make solid policy if data is being removed that contradicts the narrative?” Senator Roberts asked.

“Again I reject the premise of your question Senator,” Mr Johnson said. Even if Australia raises a climate tax, it won't meet Paris targets: IMF

Senator Hanson-Young asked if the federal government had been briefed over the state of 'the climate emergency’. Climate Change and Energy Innovation deputy secretary Jo Evans replied the department did not use such language to describe the changing climate.

“I am not using the word emergency, you are,” she said.

“Your choice of language about how you describe that is yours and we would stick to a factual description.

“[But] we regularly brief the government about the facts of climate science … and the nature of the impacts both for Australia and globally.”

Senator Hanson-Young pressed the department official on whether the climate was getting worse.

“The scientific evidence is that the climate is definitely changing.

Australia's department of environment: the climate is not getting
"worse" because it depends on where you are on the globe and some parts of the globe will find changes to their advantage #estimates #auspol pic.twitter.com/sfxv5LJj47

“It is changing in a direction that implies that temperatures are increasing … it implies that a range of climatic events that had certain probability levels in the past are likely to get higher in the future.”

She described Australia’s emissions reduction target as ‘quite ambitious’ within the context of global action in the Paris agreement.

Australia has committed to reducing emissions by 26 to 28 per cent on 2005 levels by 2030, as part of the worldwide climate response. It is responsible for around 1.3 per cent of global carbon emissions.