Senator Burston alleges the One Nation leader tried to improperly "pressure" him into changing his vote on company tax cuts, a letter shown to SBS News reveals.

The senator at the centre of a public feud within One Nation may soon formally accuse party leader Pauline Hanson of acting in contempt of the Senate.

Senator Brian Burston told Senator Hanson he intended to raise “possible issues of contempt” in a letter sent on Monday and obtained by SBS News. 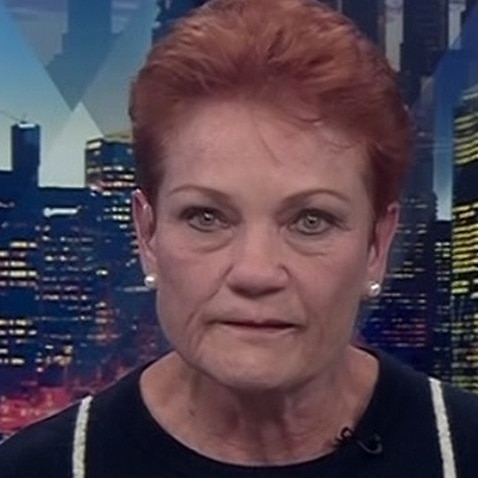 Pauline Hanson fights back tears on TV over fractured party

The allegations are the latest episode in a bitter dispute between the two One Nation senators, which came to a head last week when Pauline Hanson accused her deputy of “stabbing her in the back” and sacked him as the party’s registered deputy.

The argument was triggered when Senator Burston revealed he would break ranks with One Nation and vote with the Coalition in favour of company tax cuts, honouring a previous agreement with finance minister Mathias Cormann.

Senator Burston alleges he faced “pressure” from Senator Hanson to change his vote, which he considers may constitute contempt of the Senate.

Parliamentary rules prohibit anyone from “improperly interfering with the free exercise” of the Senate or the “free performance” of an individual senator’s duties.

The rules also prohibit the use of intimidation, punishment, force, bribes or “threat of any kind” to influence a senator’s decisions. 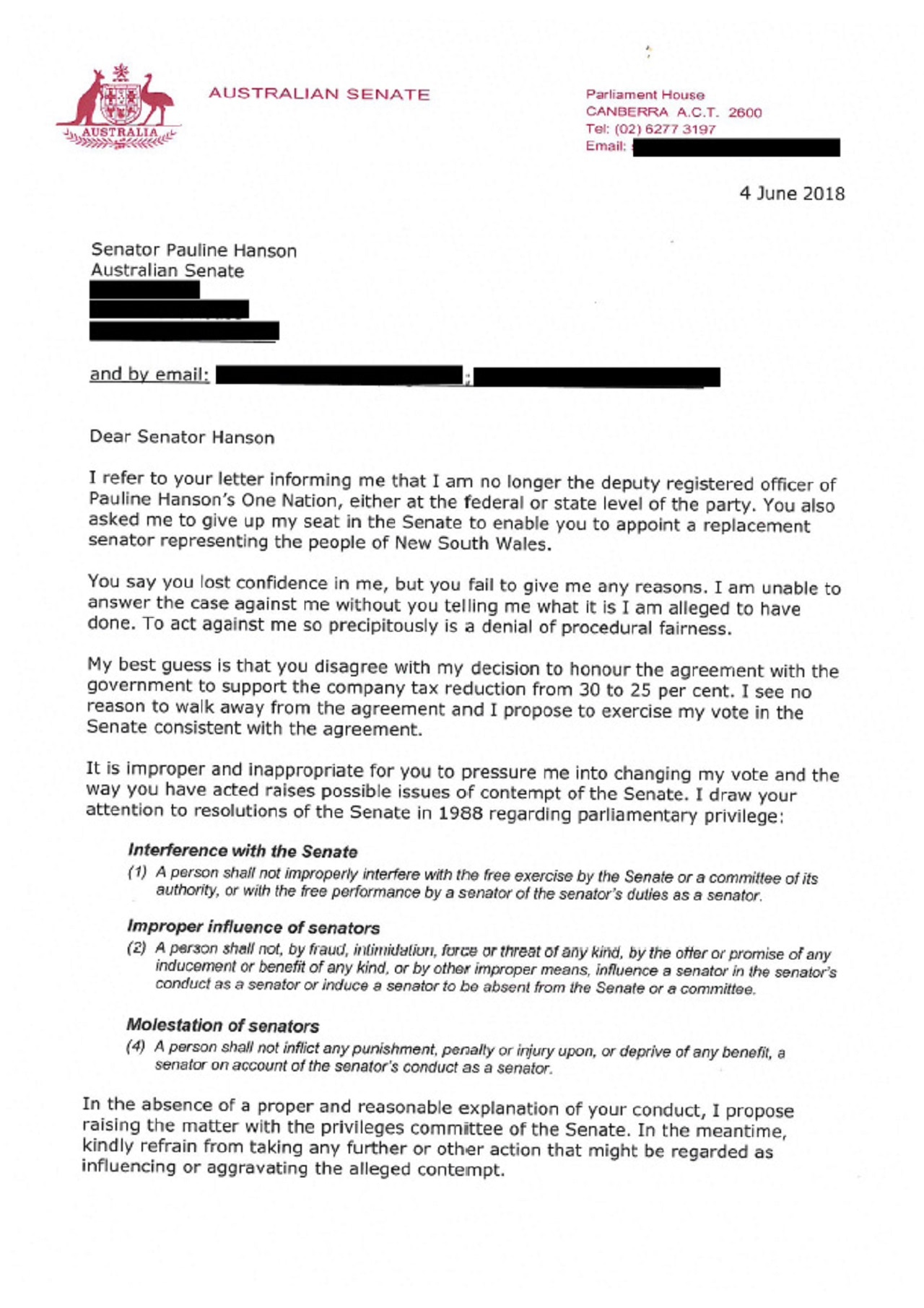 Senator Burston told Senator Hanson he still intended to vote for the government’s plan to lower the corporate tax rate from 30 to 25 per cent.

“It is improper and inappropriate for you to pressure me into changing my vote and the way you have acted raises possible issues of contempt of the Senate,” he wrote in the letter.

“In the absence of a proper and reasonable explanation of your conduct, I propose raising the matter with the privileges committee of the Senate.

“In the meantime, kindly refrain from taking any further or other action that might be regarded as influencing or aggravating the alleged contempt.”

Thank you for all the kind messages of support! I know I wear my heart on my sleeve sometimes but I have always tried to be open & honest with the people. I will continue to work hard in the Senate fighting for what I believe in & fighting for Australia. -PH

Senator Burston technically has the right to bring his own contempt motion when the Senate next sits on June 18.

But the official practice is to raise the matter with the Senate president Scott Ryan, who assesses the evidence and decides whether a contempt motion should be given priority over other matters.

A spokesman for Senator Burston told SBS News he would be “following due process”.

The parliament has the power to impose prison sentences or fines for contempt of the Senate, but this has never happened in Australian history. Past breaches have been dealt with using warnings and training courses.