One person has been shot dead as a caravan of President Donald Trump's supporters drove through downtown Portland, Oregon, and clashed with counter-protesters.

One person has been shot dead in Portland as protesters from rival groups clashed in the northwest US city, which has seen frequent demonstrations for months that have at times turned violent.

Police said in statements that both the death and protest violence occurred in downtown Portland. However, they did not immediately link the shooting death to the protests.

"(Police) responded and located a victim with a gunshot wound to the chest. Medical responded and determined that the victim was deceased," a Portland police spokesman said in an emailed statement.

"A Homicide Investigation is underway."

Sounds of gunfire were heard in the area of Southeast 3rd Avenue and Southwest Alder Street, according to the spokesman's statement.

The police said they were not currently releasing suspect information.

When asked by Reuters if the shooting was related to clashes between rival protesters in the same area, the spokesman said "it is too early in the investigation to draw those kinds of conclusions". The New York Times and the Oregonian newspapers reported that a large group of supporters of President Donald Trump had traveled in a caravan through downtown Portland, with a pro-Trump gathering drawing hundreds of trucks full of supporters into the city.

The Times cited two unidentified witnesses as saying a small group of people got into an argument with other people in a vehicle and someone opened fire.

The man who was shot and killed was wearing a hat with the insignia of Patriot Prayer, a far-right group based in Portland that has clashed with protesters in the past, according to the New York Times. Reuters could not independently verify this.

Portland police earlier said in a tweet that a "political rally is caravanning throughout downtown Portland" and that there had been "some instances of violence between demonstrators and counter-demonstrators".

Police had intervened and made some arrests, they said in the tweet.

I'm currently on the east side of the Morrison Bridge as the Trump Rally is now making its way onto the freeway pic.twitter.com/aff28cw8sb

The New York Times reported that Trump supporters and counter-protesters clashed on the streets, with people shooting paint ball guns from the beds of pickup trucks and protesters throwing objects back at them.

The pro-Trump vehicle rally began near Clackamas Town Center before reaching Portland on Saturday evening, with clashes breaking out thereafter between Trump supporters and counter-protesters, the Oregonian reported.

It added that the shooting took place after most of the caravan had left downtown. 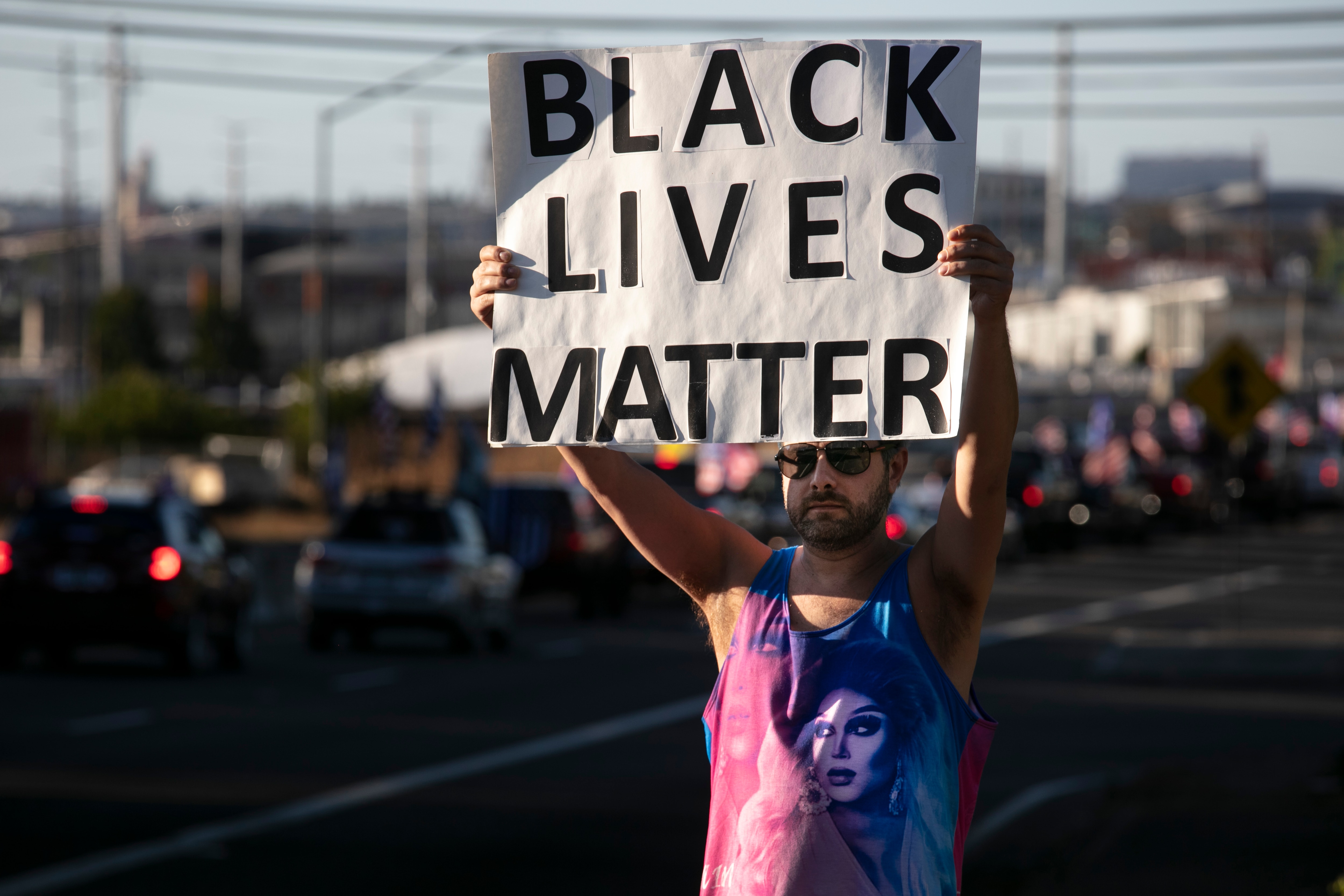 Demonstrations against racism and police brutality have swept the United States since the death in May of George Floyd, a 46-year-old Black man who died after a Minneapolis police officer knelt on his neck for nearly nine minutes.

The Trump administration in July deployed federal forces to Portland to crack down on the protests.