As Australia’s aged care royal commission prepares to deliver its interim report next month, experts are calling for more support to keep elderly people out of nursing homes. This is Ivy’s story.

As a young woman, Ivy Anderson would ice skate 35 kilometres along frozen rivers to get home from her job at a military base in remote eastern Canada.

“It was the fastest way to get around,” she tells SBS.

“Occasionally you’d bump into an animal like a seal or polar bear along the way. They weren’t frightened of us.”

"Black bears were around too, and caribou. We ate caribou and hunted all sorts of animals." 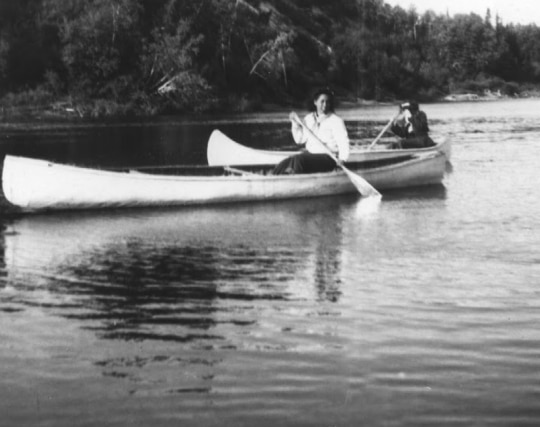 Ivy's heritage is Inuit - the indigenous inhabitants of the North American Arctic - and her parents lived off the land and traded fur.

“Bear, beaver, mink, otter … and even mountain lion occasionally. Oh yes, they trapped all kinds of wild things,” she says.

As a child, Ivy was highly independent and had little contact with the world outside her two-family community of Pearl River, in the province of Labrador.

Fur trapping was a solitary life and local men hunted on their own for up to five months at a time with no way of getting help if injured. 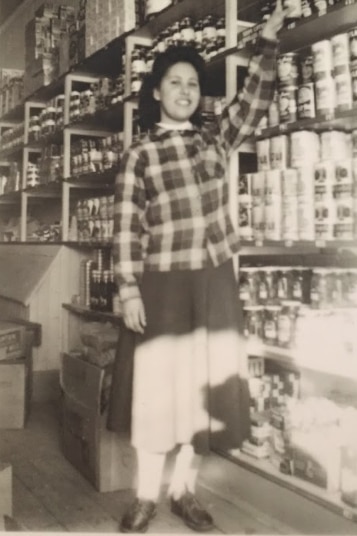 Ivy at the Hudson Bay Trading Store in the 1940s.
Supplied

After primary school, Ivy worked at the local store in Hudson Bay, where her parents traded fur for food, before getting a job in administration at the Goose Bay military base.

It was there she would meet her future husband Kelvin - the only Australian among 12,000 military personnel. Ivy Anderson in 1973, two years after she moved to Australia.

The two relocated to Toronto, where Ivy, who had never experienced city traffic, would ask Kelvin why he kept stopping the car at red lights.

They would go on to have two children and live on a 30-metre yacht in New York Harbour, before leaving in 1971 during the unrest of the Vietnam War, and settling on Sydney's North Shore. 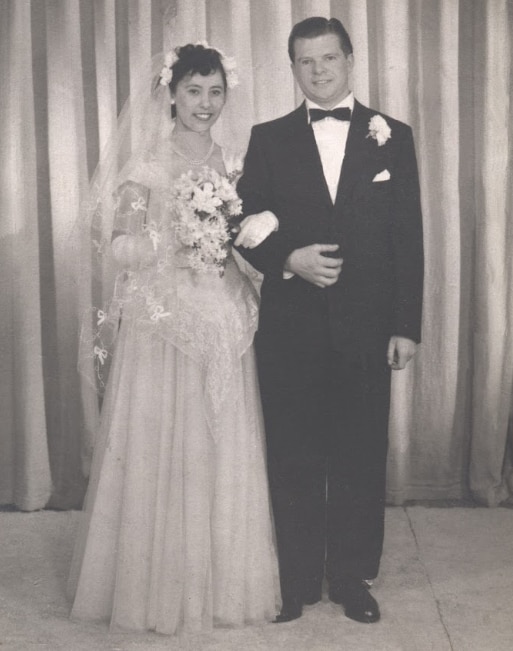 Ivy and Kelvin Anderson married in Canada in the 1950s.
Supplied

Ivy was diagnosed with dementia in 2017, seven years after her husband Kelvin died.

Now 87, she continues to live in the family home in Hornsby supported by relatives and her care worker Sukhjeet Kaur Atwal.

The two have formed a special bond. 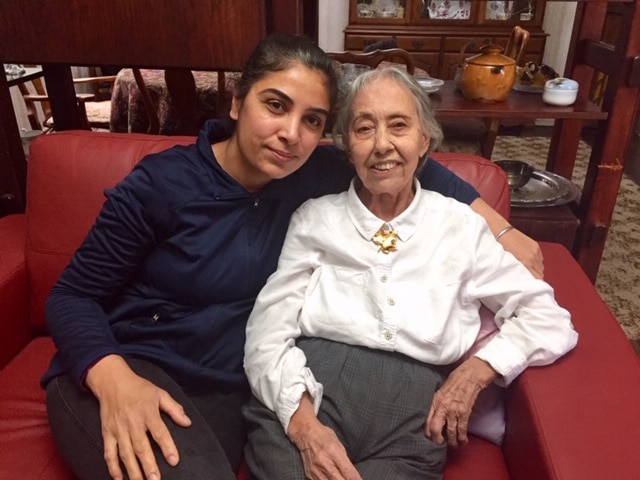 Sukhjeet Kaur Atwal cares for Ivy in her home in Hornsby.
SBS

Sukhjeet is a fit 35-year-old and a keen walker, which makes her especially suited to caring for Ivy.

As well as ice skating, Ivy developed a love of walking in the outdoors while growing up in Canada.

To cross the vast snowfields, her family used sleds pulled by husky dogs. She remembers her father never stood on the sled to avoid putting his own weight on the dogs he loved, instead choosing to run alongside them.

The dogs guided them from danger in blizzards, by avoiding thin ice. 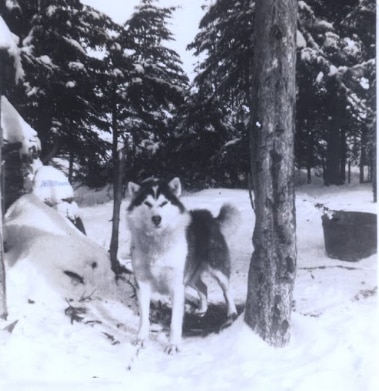 One of the family's revered huskies that helped them get around Labrador in the snow.
Supplied

“I don’t mind taking her for long walks, so that’s why we just clicked,” says Sukhjeet, who has cared for Ivy for the past two years.

“My relationship with Ivy is important to me because we can do a lot of things together.”

“We’ve built a relationship and we like walking or doing puzzles, and she loves that.” Sukhjeet migrated to Australia from Punjab in India’s North in 2008 where she did a nursing course and worked in a hospital.

“It’s in my nature to look after people. I had looked after my own grandparents at home in India. I’ve always loved working with elderly people,” she says.

Ivy’s son Keith, 58, says Sukhjeet is part of the family.

“They have a great friendship,” he says.

“On days Sukhjeet is coming to the house, mum gets up early to wait at the door, and is constantly asking ‘is she here yet?’”.

“She comes three days a week, and bathes mum and looks after her.”

Sukhjeet is among a growing number of aged carers in Australia.

Dr Siette is currently studying the benefits of older Australians staying in their own homes.

“When you move into residential aged care, or what many people refer to as nursing homes, the time that you stay there until the time you pass away is about two years.” “So most people don’t want to spend their final years in a place that’s not comfortable for them or where they consider to not be their own home.”

“Our research has shown that every hour of home-based service accessed leads to a six per cent reduction in the risk of entry into residential aged care. So, the more services someone receives the more likely they are to stay at home,” Dr Siette said.

More than one million elderly Australians either live in residential care or claim assistance through the Commonwealth Home Support Program.

Sukhjeet is among 220 carers employed by an approved provider and registered charity Daughterly Care, which has supplied home care to more than 7,000 families on Sydney’s North Shore and Northern Beaches since it was founded 21 years ago. Most aged care costs in Australia are government-funded via subsidies and supplements to service providers. Users are asked to contribute if they can afford to.

Australia-wide, more than 119,000 people are on the waiting list for home-based care packages at their approved level, with waiting times of up to two years for the highest level of care. But the government says the waiting list has reduced by seven per cent this year.

At the same time he said the government would continue to reform the residential aged care system.

"Residential aged care will always remain an important part of the way we care for senior Australians because of the ability to provide a higher level of care for people who need it," he said.

"There are currently around 240,000 senior Australians living in around 2,700 residential aged care facilities and this is expected to increase, even as the number of people receiving in-home care grows."

Sean Rooney, CEO of Leading Age Services Australia - the national association for all providers of age services including residential care and home care - said it's "not good enough" that thousands of older Australians are not getting the home care they require.

"While the government has made a noteworthy commitment to release more home care packages, the number of packages being made available to older Australians is still inadequate," he said.

The Royal Commission into Aged Care Quality and Safety is due to release an interim report next month. It has heard that, of more than 200,000 people prioritised in the 12 months to June 2018, 16,000 died on the waiting list for a package they never received.

"I would love to see the national queue come down because every survey shows people want to stay in their own homes,” Kate Lambert, CEO and co-founder Daughterly Care said.

"We are on a relentless search for caregivers and the royal commission might have something to do with it, families are trying harder than ever to keep people at home." “[Home based care] takes a weight off the family. They know that, when they are at work, someone is with their parent checking medication, making sure nutritious meals are cooked and eaten and that people are drinking enough.”

"There will always be a role for residential care, especially for elderly people suffering complex health issues like stroke, dementia, or those requiring palliative care," Ms Saltarelli said.

"Moving forward, the community needs a bigger say in how aged care is managed and homes need to be transparent and accountable so people can see how taxpayer funds are used."

Ivy's family receive a subsidy for 14 hours a week support for her at level four through the Home Care package.

“I am more comfortable at home, and I know where everything is.”

“My memory is not as good as it used to be,” Ivy says while looking through family photos on the dining table and surrounded by mementos of life in the rugged Canadian wilderness. Ivy and son Keith looking at early family photos from Labrador.
SBS
She was recently hospitalised with flu, which broke her routine and led to confusion and disorientation.

“Once we got her home, she fell back into a routine, which is important,” Keith says.

He's also relieved to have a carer who clicks so well with Ivy.

“We hear a lot of laughing when they are together.”

"It’s a great relief for me because I can keep working, knowing that mum is being well cared for at home.”

Keith says the decision to hire home help was difficult and he initially resisted.

“When you have someone in your home and leave them to look after your mother you have to trust that person a lot,” he says.

“The only thing we’re worried about now is that as time goes on we’ll need more care.” Ivy's home is filled with memories of her early life, including fur lined gloves.
SBS
“Mum isn’t the kind of person to do well in a nursing home, she doesn’t want to sit around too long, she wants to get up and move around.”

“She wouldn’t be happy sitting in front of a TV all day.”

Sukhjeet says: “I’ve worked in a nursing home in Melbourne for four years, and in Sydney for one year, and I advise people to keep their parents at home as long as possible.” 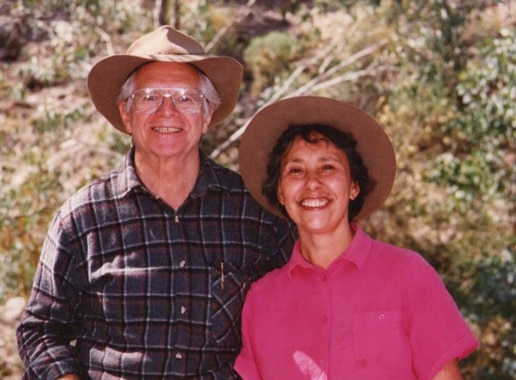 It's advice that's paying off.

Sukhjeet and Ivy continue to walk for up to six kilometres for lunch at a local cafe on some days and do a spot of shopping.

"Oh yes I like to go and buy some little thing," Ivy said.

"It's a good model having a carer. Physically and health-wise it helps older people to get out and do things by themselves."

And with that, Ivy gets up from the dining table and gives Sukhjeet a hug.

Danish newspaper refuses to apologise to China over coronavirus cartoon