After an SBS News investigation exposed an armed neo-Nazi group operating in Australia, Home Affairs Minister Karen Andrews says the threat of right-wing extremism can’t be ignored, especially as the country begins to open up. 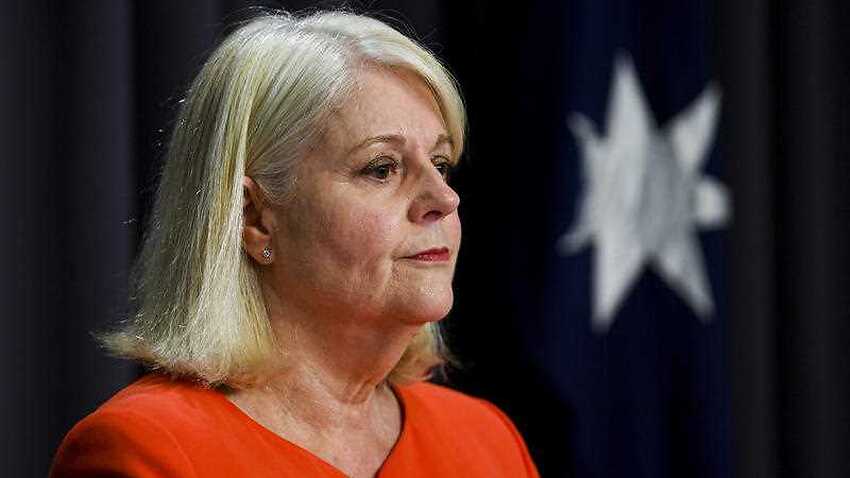 In an interview with SBS News, Minister for Home Affairs Karen Andrews said the government "could not turn a blind eye" to the growing threat of right-wing extremism in Australia.

"There has been an increase in the statistics that we can't ignore. We cannot turn a blind eye to what is happening out there," she said.

Ms Andrews said the federal government takes all threats of violent extremism seriously and expects that to increase as the country opens up.

Last week, an SBS News investigation revealed an underground network of armed Australian men with anti-Muslim, neo-Nazi views that had never been reported on before in the media.

The group had been talking to overseas terrorist organisations about the use of explosives.

Ms Andrews said she was alarmed by the report.

"The extent was certainly concerning to me and I've had discussions with my agencies based on that reporting," she said.

"The extent of it and potential use for it here in Australia is concerning to us. It's also concerning when you look at what these individuals may be planning to do with those firearms or explosives."

The Australian Federal Police also revealed to SBS News that its nationalist extremist caseload had risen by 750 per cent in 18 months and it expected it to keep rising.

Ms Andrews said she was open to expanding the number of declared terrorist organisations in Australia to include more extremist right-wing groups after recent media reports about armed neo-Nazi cells across the country.

Since 2013, the federal government has spent $69 million on countering violent extremism (CVE) programs. It has also put $1.3 billion towards beefing up the Australian Security Intelligence Organisation’s (ASIO) capabilities.

But Labor's Kristina Keneally said more needed to be done, and urgently, to help combat the growing threat of right-wing extremism.

"What we have here is a national security threat; a terrorist threat," the Shadow Minister for Home Affairs said.

"We need to take that seriously. We do not need to wait for a Christchurch-like terrorist attack to occur in Australia to understand the danger that we face."

"There are now extremely alarming reports about the rise of right-wing extremism in Australia. Amassing weapons, connecting with groups overseas, spreading disinformation … this is a national security risk, this is a terrorism risk."

For some, more action to combat the threat of right-wing extremism can’t come soon enough.

Adel Salman is the president of the Islamic Council of Victoria. He said the government needed to take action and call out anti-Muslim groups.

"We need the resources to tackle this issue, but it's more about narrative, it's more about the way we describe the problem, and political will and intent, and I think those things have been lacking, seriously lacking."

"It just brought home how real this threat is, and also relief that this story - which needed to be told a long time ago - is now being told."

Mr Salman said a double standard had been created when it comes to terrorism threats.

"If it were a group of young Muslim men who are getting together and going away on training camps ... being armed and talking about a looming conflict, they would have been arrested, jailed, and the key thrown away a long time ago. There would have been zero tolerance."

"It's far easier to call someone an extremist or a terrorist when they look different to you, they have brown skin and funny-sounding names, but it is much harder when they look like you, sound like you. Our political class is very reluctant to confront this reality."

Ms Andrews said recent reports have confirmed intelligence that right-wing extremist groups in Australia are part of a global trend of such groups becoming more sophisticated, more violent, and emboldened.

"This is clearly a problem here for us in Australia; we aren't isolated from the rest of the world. Whilst we can try and consider ourselves to be immune from those sorts of practices, the reality is that it is happening here in Australia."

Do you know more about this story? Contact henryzwartz@protonmail.com or henry.zwartz@sbs.com.au

Those wishing to report suspected terrorist activity in Australia are encouraged to contact the National Security Hotline on 1800 123 400.

Read More
What to do if you're a victim of racism in Australia
Share
Published 15 October 2021 at 8:21am
By Henry Zwartz
Source: SBS News
Topics
PoliticsAustralia