Government senators backed Pauline Hanson's motion by accident, the finance minister says. But not everyone believes him.

The Morrison government's leader in the Senate has issued an embarrassing apology, claiming his team of government senators only supported a One Nation motion saying it was "okay to be white" because of an "administrative error".

Later on Tuesday afternoon, the government used its numbers to order a second vote and joined the opposition in voting the motion down.

Finance minister Mathias Cormann said the original failure was with the government's internal process for letting senators know how they should vote on the bills of the day.

"There is a process involved in determining the position of the government in relation to 50 to 60 motions a week," Senator Cormann told reporters at Parliament House on Tuesday.

"Yesterday, as a result of an administrative process failure, the government senators in the chamber ended up, on advice, voting in support of the motion," he said.

"As leader of the government in the Senate, I take responsibility for that error and I'm sorry that that happened. It is indeed regrettable."

Later, attorney-general Christian Porter said the advice was sent out from his office "without my knowledge". A staff member had sent it out without checking, he said.

"It appears that, of the very large number of motions on which my office’s views are routinely sought, this one was not escalated to me because it was interpreted in my office as a motion opposing racism."

"Naturally I’m reviewing the processes in my office to prevent such an administrative error in the future," he said. 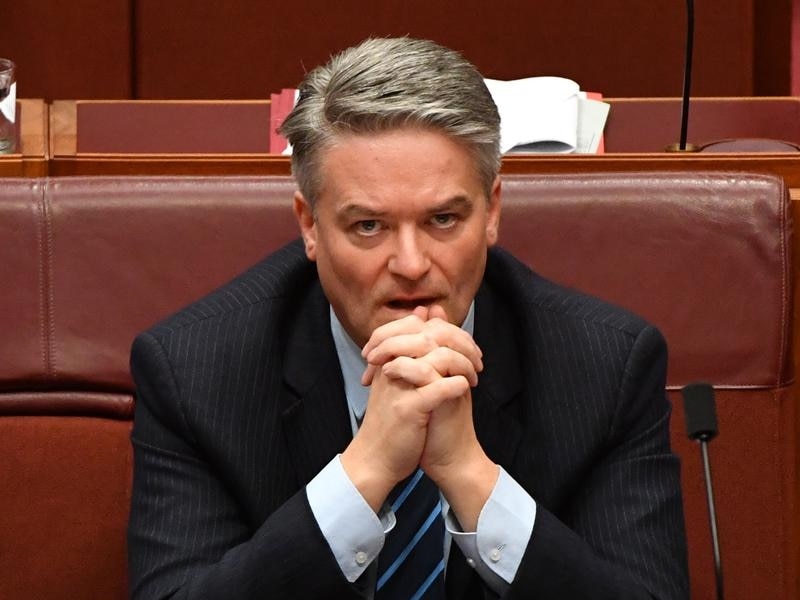 Back in the September sitting of parliament, One Nation leader Pauline Hanson moved a motion imploring the Senate to acknowledge that "it is okay to be white" and "the deplorable rise of anti-white racism".

Senator Cormann said the government made a decision to oppose the motion and instead issue a statement that it deplored racism in all forms.

But when the motion returned for a vote this week, government senators voted with One Nation. Nonetheless, it was defeated by Labor, the Greens and the crossbench on Monday afternoon in a narrow vote: 31 votes to 28.

The phrase "it's okay to be white" is a well-known phrase in alt-right communities online. It evolved from the imageboard 4chan, where some boards are saturated with far-right and white supremacist content.

Denouncing the motion on Tuesday morning, Labor members pointed out the phrase was also popular with the infamous white supremacist Ku Klux Klan in the United States.

Pauline Hanson said her motion was about condemning what she sees as racism against white people.

"It is indeed okay to be white. Such a simple sentence should go without saying but I suspect many members in this place would struggle to say it," Senator Hanson told the Senate.

"People have a right to be proud of their cultural background whether they're black, white or brindle." 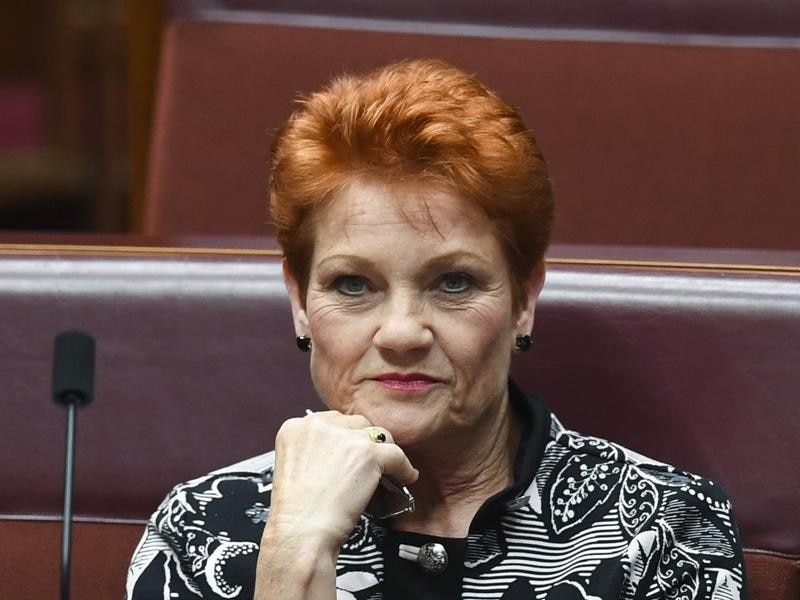 Pauline Hanson says "anti-white" racism is on the rise in Australia.
AAP

Labor, Greens and crossbench politicians were quick to question the government's claim that the vote was a mistake.

Such incidents of the entire government Senate team backing a motion by mistake are extremely rare.

Labor senator Kristina Keneally said the backflip was surely motivated by the looming by-election in Wentworth this Saturday. The affluent Sydney seat is traditional Liberal heartland but the electorate is considered progressive on social issues.

Independent MP Andrew Wilkie said he thought the government had misread the electorate and quickly moved to reverse it when they heard the reaction from Wentworth voters.

His crossbench colleague, Rebekha Sharkie, said it was "disgraceful" if a senator didn't know what they were voting on.

Greens senator Adam Bandt said there was no excuse, whatever the government's original intention.

"The government's latest excuse is they're not racist, they're just incompetent. Either way, they deserve to be turfed out," Mr Bandt said.

Nationals senator John 'Wacka' Williams said he was "ignorant" of the phrase's popularity among far-right extremists.