Volunteer firefighter Samuel McPaul, who died when his fire truck flipped in southern NSW in December, has been farewelled in a packed service.

A volunteer firefighter who died when his truck flipped amid a "fire tornado" near the NSW-Victoria border has been farewelled in his hometown of Holbrook.

Samuel McPaul died on 30 December when the truck he was travelling in crashed at Jingellic, about 110km east of Albury in NSW.

The 10-tonne truck was hit by winds so extreme at the large Green Valley fire - characterised as a "fire tornado" - that it flipped on its roof.

The 28-year-old, who was expecting his first child in May with wife Megan who he married last year, died at the scene. Mr McPaul was a representative basketball player in Wagga Wagga, coached the sport in Holbrook, and worked as a mechanic.

A large number of emergency service personnel, including fellow volunteer firefighters in the Holbrook area, were also in attendance.

"It's so difficult to comprehend the loss of Sam and none of us can be in your shoes at this difficult time," Mr Fitzsimmons said to Megan in his address. 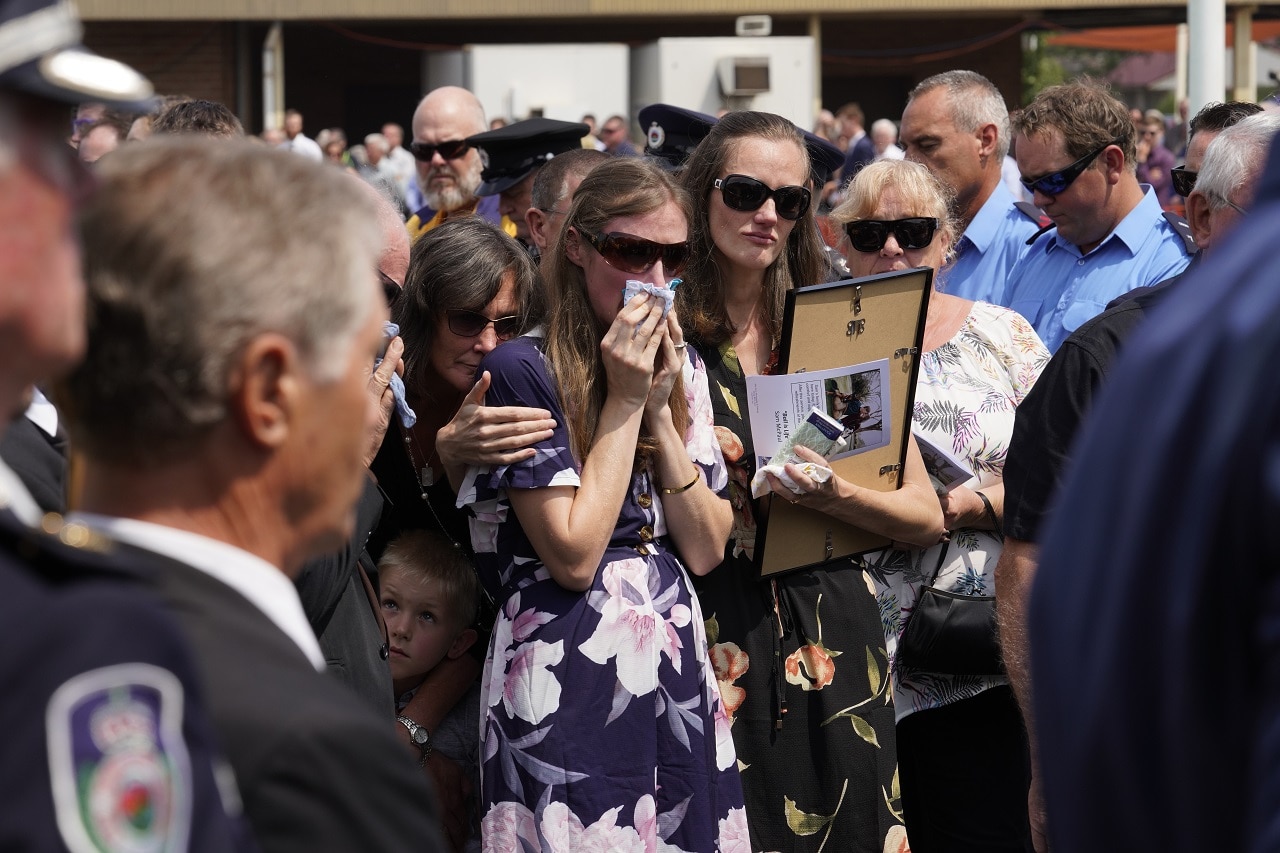 Sam's widow, Megan wipes away tears as she watches the casket being loaded into the hearse.
AAP

"Our hearts are breaking with you."

Mr Fitzsimmons also presented Megan with the Commissioner's Commendation for Service and Bravery.

Mr McPaul was the third NSW volunteer firefighter to die this bushfire season. Geoffrey Keaton, 32, and Andrew O'Dwyer, 36, died on 19 December when a tree hit their tanker as they were travelling southwest of Sydney. "Sam was a remarkable young man who lost his life as a hero in his local community and I think the sentiments of that are reflected in the enormity of the gathering here today," Mr Fitzsimmons said.

Albury RFS district manager Patrick Westwood told reporters after Mr McPaul's death that he was "a beautiful young man" who was fully equipped and trained and doing everything right when the incident occurred.

Mr Morrison at the time said Mr McPaul was "the best of us".