The world still has not got the message on how urgently climate change must be fought, Swedish activist Greta Thunberg has said at the World Economic Forum.

Teenage activist Greta Thunberg said planting trees was not enough to address climate change on Tuesday, in an apparent rebuke to a pledge in Davos by US President Donald Trump.

Their ongoing debate around climate change appears as an attempt by both to frame the argument, with Thunberg calling for an immediate end to fossil fuel investments in front of a packed audience less than an hour after watching Mr Trump make his keynote address in the Swiss ski resort.

"Our house is still on fire," Ms Thunberg said, repeating her remarks at the annual meeting of the World Economic Forum a year ago.

"Your inaction is fuelling the flames," the teenage activist added, in the latest to-and-fro with the 73-year-old president. 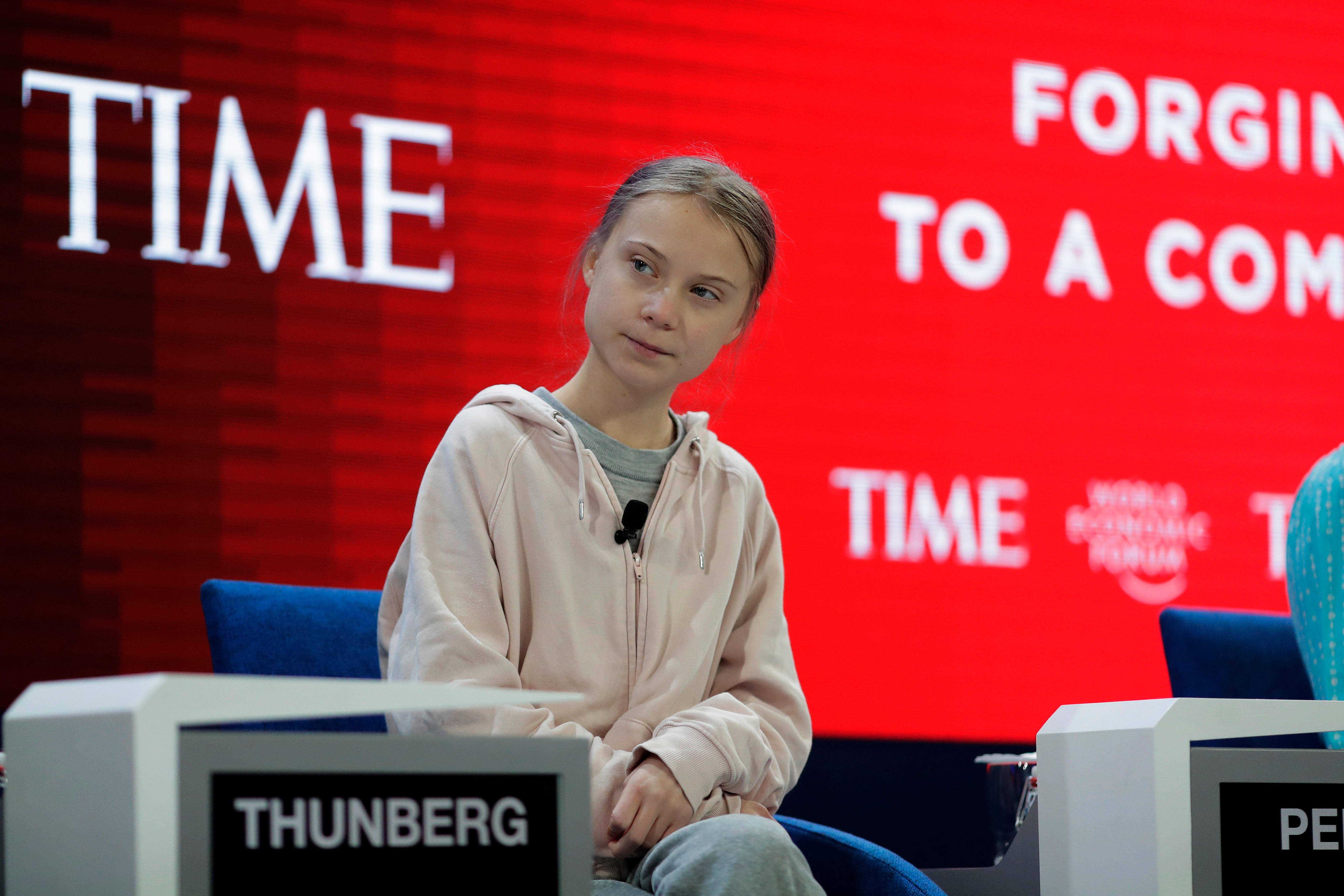 Swedish environmental activist Greta Thunberg takes her seat prior to the opening session of the World Economic Forum in Davos, Switzerland.
AP

Mr Trump announced the US would join an existing initiative to plant one trillion trees, but also spoke at length about the economic importance of oil and gas and called climate change activists "pessimistic" and the "heirs of yesterday's foolish fortune tellers".

Ms Thunberg responded by referring to "empty words and promises" by world leaders.

"You say children shouldn't worry... don't be so pessimistic and then, nothing, silence."

Earlier, Ms Thunberg called on world leaders to listen to young activists, who have followed her to Davos this year.

"I'm not a person that can complain about not being heard," she said, prompting laughter from the audience on the first day of the annual WEF meeting.

"The science and voice of young people is not the centre of the conversation, but it needs to be."

This week I’m attending the World Economic Forum in Davos with many other young inspiring activists!
Today I will make 2 speeches. One at 08:30 and the main one at 13:00.#WEF2020 #Davos pic.twitter.com/0DN0lRbskj

Several young activists have travelled to the Swiss ski resort of Davos this year, following in Ms Thunberg's footsteps.

Among the "climate heroes" being celebrated by the WEF are Irish teen scientist Fionn Ferreira, who created a solution for preventing microplastics from reaching oceans.

They also include South African climate activist Ayakha Melithafa, 17, and Canadian Autum Peltier, who has been advocating for water conservation since she was eight. 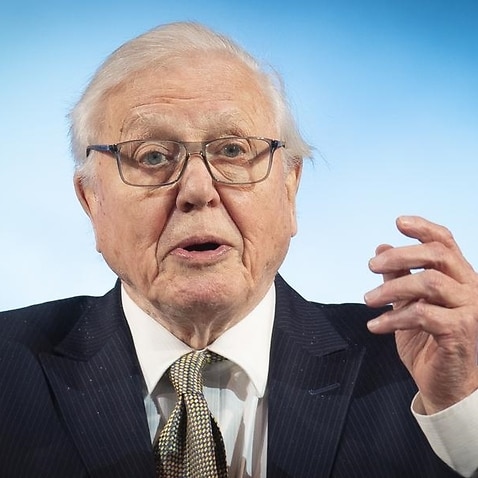 The forum's own Global Risks report published last week warned that "climate change is striking harder and more rapidly than many expected" with global temperatures on track to increase by at least three degrees Celsius towards the end of the century.

There are no expectations that Mr Trump and Ms Thunberg, who have exchanged barbs through Twitter, will actually meet, but the crowded venue and intense schedule mean a chance encounter cannot be ruled out.

When Mr Trump and his entourage walked through UN headquarters last year at the annual General Assembly, a photo of the teenager staring in apparent fury at the president from the sidelines went viral. 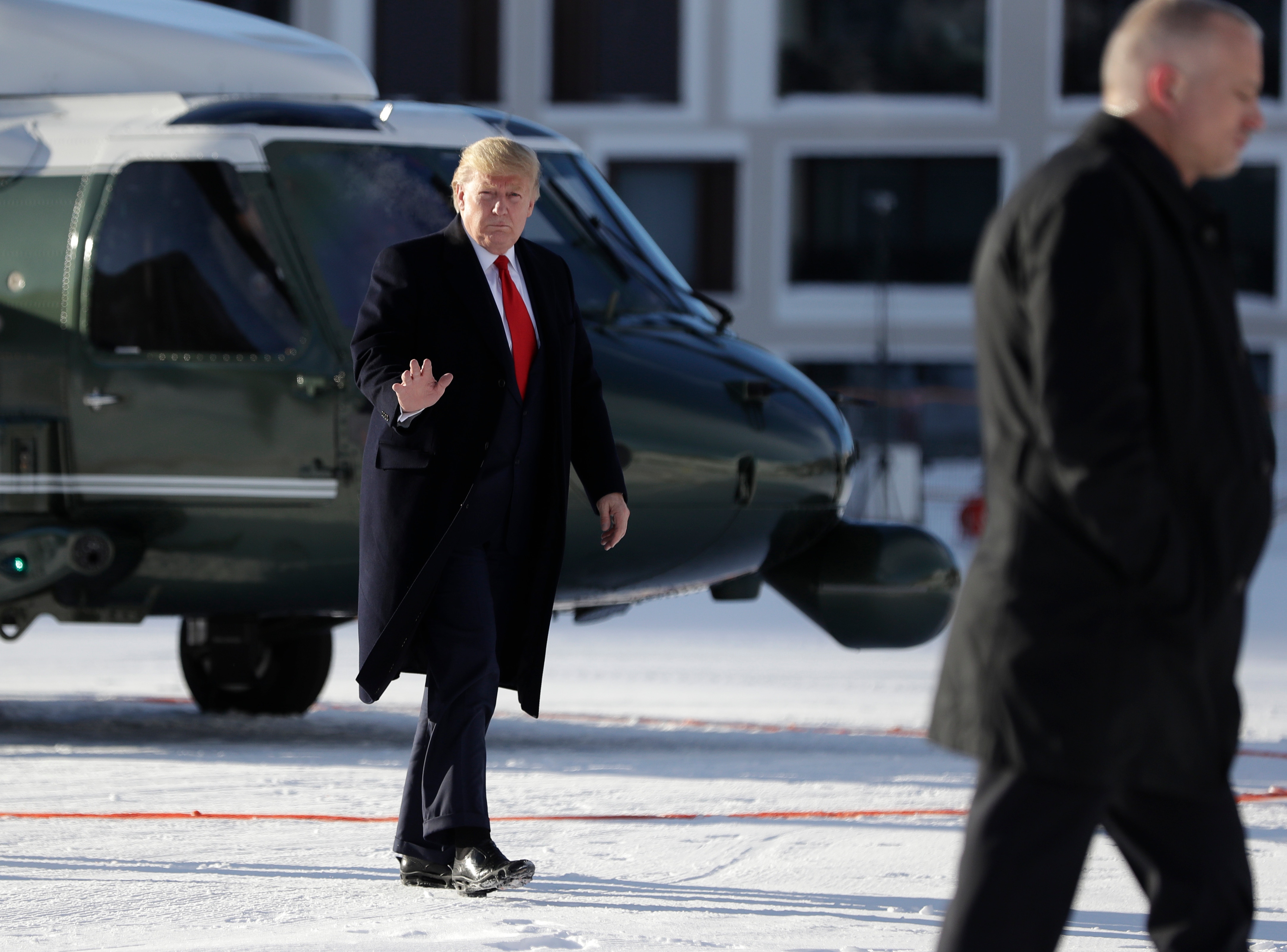 US President Donald Trump waves as he arrives in Davos, Switzerland on Marine One
AP

Tweeting as he headed to Davos, Trump appeared in bullish mood, writing he would "bring Good Policy and additional Hundreds of Billions of Dollars back to the United States of America!"

"We are now NUMBER ONE in the Universe, by FAR!! he added.

Sustainability is the buzzword at the forum, which began in 1971, with heel crampons handed out to participants to encourage them to walk on the icy streets rather than use cars, and the signage paint made out of seaweed.

Mr Trump's opposition to renewable energy, his withdrawal from the Paris climate accord negotiated under his predecessor Barack Obama, and the freehand extended to the fossil fuel industry puts him at odds with the entire thrust of the event.

These are the findings of a global public opinion poll with @SAPNews & @Qualtrics, which surveyed over 10,500 people in 30 countries. Read more: https://t.co/jKXNZI0zFg #wef20 pic.twitter.com/YrkJWPuOQS

Business leaders attending the forum will be keen to tout their awareness on climate change but are likely also to be concerned by the state of the global economy whose prospects, according to the IMF, have improved but remain brittle.

The IMF cut its global growth estimate for 2020 to 3.3 percent, saying that a recent truce in the trade war between China and the US had brought some stability but that risks remained.

"We are already seeing some tentative signs of stabilisation but we have not reached a turning point yet," said IMF chief Kristalina Georgieva.