Social media users in China and those in the medical community are mourning the doctor in Wuhan who first warned of the outbreak of the coronavirus. 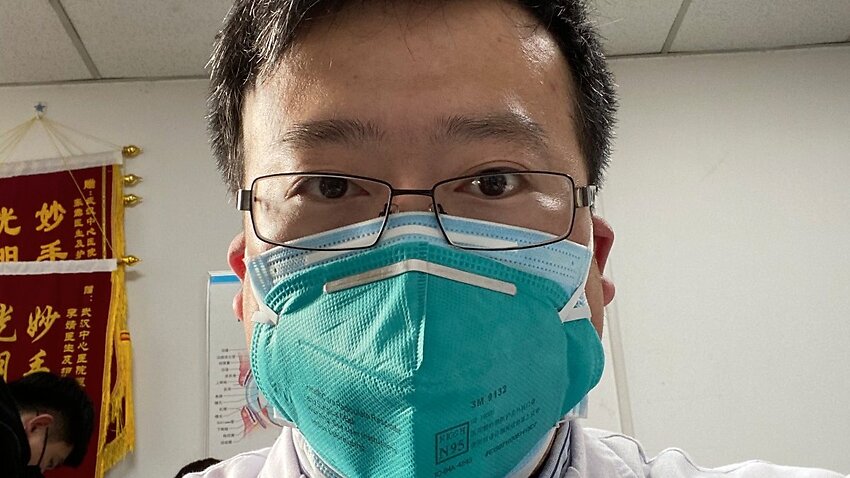 Dr Li Wenliang, the doctor in Wuhan who first warned of the outbreak of the coronavirus. Source: New York Times

Dr Li Wenliang is being mourned as a "hero who was willing to speak the truth" after the ophthalmologist died of the virus he warned about at the age of 34.

Despite earlier conflicting reports, the Wuhan hospital where Li worked has now confirmed in a statement on its official Weibo account that he died at 2.58am local time on Friday.

He publicly revealed he had tested positive for the coronavirus in a Weibo post on 1 February.

The doctor was taken to hospital for the illness after he caught it from a patient.

Dr Li initially raised the alarm about the disease when he posted a message on WeChat to communicate with a group of doctors that he had received positive test results for a "SARs-like" coronavirus from a patient.

He posted that seven cases of this virus had been linked to a seafood market in Wuhan.

For that action he was rebuked by the Wuhan police bureau, which sent him a letter on 3 January, accusing him of rumour-mongering.

"[You have] severely disrupted social order," the letter read.

He was asked to sign a letter to stop his actions or face criminal charges.

Hashtags calling for a government apology and freedom of speech trended on Weibo in the wake of news of his death, before being deleted by censors.

# We want freedom of speech #

Both had tens of thousands of views before disappearing into this dark night. pic.twitter.com/LHEMsbn02I

Other supporters recalled the doctor's quote about free speech: "A healthy society should not have only one voice."

Li WenLiang said: A healthy society should not have only one voice.
RIP. pic.twitter.com/wKE3Lhsorm

Others said the wall-to-wall coverage on China's state-owned media should provoke debate on human rights in the country, with some referencing the 2017 death in custody of Nobel Peace laureate Liu Xiaobo.

The outpouring of grief and anger for Li Wenliang is like nothing I have seen - since Liu Xiaobo died. Something has flipped, people have gone from resigned to furious. https://t.co/4JVHr4X8Xc

#LiWenliang He was one of the eight people who warned everyone else of the corona virus, yet was arrested with the other seven. Now he's being remorsed by our nation. We want a world where we can speak and own the basic human rights. pic.twitter.com/tJg0HYIlFC

Attempts to use the doctor's name in hashtags on Weibo were blocked by censors.

Chinese are really angry about the death of Dr. Li Wenliang but they can’t even post with the tag #Liwenliang on weibo. pic.twitter.com/sSpKT4P6DM

Those in the medical community also posted words of tribute.

Virologist Brian Hjelle paid tribute to those "on the front line [who] often pay with their lives".

Whether your scourge is 2019-nCoV, SARS or Ebola, medics and nurses are on the front line, and often pay with their lives.
RIP Dr Li Wenliang.♥️😟 pic.twitter.com/Fg4ifLb81y

A physician calling himself @pourteaux on Twitter said he couldn't think of a better role model than Dr Li, adding that he hoped the doctor's death was not in vain.

As a physician, I can’t think of any better role model than Lee Wen Liang #李文亮 who endured arrest by the Chinese Communist Party for “spreading rumors” when he blew the whistle on the Coronavirus. He has since died (age 34), and I hope it’s not in vain. https://t.co/XPeOczFPpc

WHO official Dr Mike Ryan responded to early reports of Dr Li's death, saying his work needed to be celebrated.

At today's #2019nCoV media briefing @DrMikeRyan was asked about reports that Dr Li Wenliang had passed away, and he expressed condolences.

WHO has no information on the status of Dr Li. pic.twitter.com/59UzWpcfa7

Artists also posted portraits on social media in honour of his memory.

This sketch of li wenliang one of the many things about him that are blowing up online. His death is crystallizing so much anger and frustration pic.twitter.com/lxlOwj7OhO

Chinese Australian Badiucao posted a series of portraits with the message: "RIP doc, you are a hero!".

Some Chinese media outlets described him as a "hero who was willing to speak the truth", while another Weibo commentator said "light a candle and pay tribute to the hero".

"You were the beam of light in the night," they posted.

He cannot and must not be forgotten. The day we no longer remember him will also be the day we repeat the mistakes that led up to this point.

Responding to growing anger at the initial delay in revealing the coronavirus, China's Supreme Court criticised Wuhan police for their actions against the so-called rumour-mongers.

"It might have been a fortunate thing for containing the new coronavirus, if the public had listened to this 'rumour' at the time, and adopted measures such as wearing masks, strict disinfection and avoiding going to the wildlife market," the Supreme Court statement said.

Wuhan officials first declared the outbreak on 30 December, with the World Health Organisation notified the next day.

This was weeks after the first cases from 12 December, which happened during the 10-days of meetings with top municipal and provincial officials in Wuhan, ending on 17 January. Media were told to report only what was on the Communist Party's official channels.

Wuhan mayor Zhou Xianwang admitted in an interview on 27 January that local officials did not reveal information "in a timely fashion".

He said approval from State Council needed to be granted before official announcements are made.

"For the late disclosure, I hope everyone can understand that this is an infectious disease, and relevant information has special channels to be disclosed in accordance with law," he said on CCTV.

The official Chinese death toll from the coronavirus outbreak has increased to 636, with more than 30,000 people infected.

The WHO said outside China, there are 225 cases in 24 countries, with one death.