With the annual Mardi Gras parade days away, SBS News looks at how corporations are involved in the event.

The increasing commercialisation of the Sydney Gay and Lesbian Mardi Gras has sparked concern that the event is being "exploited" by Australia's business community.

In recent weeks, Sydney has been awash with shops featuring Mardi Gras in their advertising and several corporations will have floats in Saturday's parade.

But the heavy involvement of businesses, which critics have called "pinkwashing", has resulted in internal division among organisers. Board member Charlie Murphy told SBS News there was a growing feeling among some in the LGBTIQ+ community that "big business is trying to make a buck off the back of Mardi Gras".

"If you are a big business and you put up those rainbow flags, you're treating it the same way as Christmas, you're exploiting a particular holiday for sales, and you will put them up for two weeks of the year and then it will disappear." Many corporations are using Mardi Gras in their advertising.
SBS News

Ms Murphy represents the left-wing Pride in Protest group, a controversial entity with the LGBTIQ+ community.

The group has unsuccessfully tried to ban Prime Minister Scott Morrison and the police force from the Mardi Gras parade.

At the last Mardi Gras AGM, the group helped pass a motion condemning sponsor pharmaceutical company Gilead Sciences "for price-gouging of PrEP in the US".

We’re proud to be supporting the 42nd Sydney Gay and Lesbian Mardi Gras parade on Saturday, 29 February. Let’s take a look at some highlights over the last few years, through the eyes of Qantas employees. 🏳️‍🌈🎉 #MardiGras2020 #WhatMatters #RainbowRoo pic.twitter.com/b8VpSA9M5F

"I think that many businesses think that through a promotion of LGBT culture, they can paper over the worst things they may do in their business practices." Ken Davis, who took part in the first Mardi Gras in 1978, told SBS News he was also appalled at how the event has changed over recent years.

"The Mardi Gras parade is negatively impacted by the number and size of the commercial advertising floats, diluting the gay-lesbian-transgender identity and messages of the parade, dissipating the sexual, political and witty edginess essential to keep the Mardi Gras from becoming Moomba [in Melbourne]."

He also criticised how businesses all over the city were jumping on board.

"The near universal deployment of rainbow flags to sell everything from falafels to mansions during Mardi Gras makes me sick," he said.

"The flag has meant nothing for ages except consumerism and the most superficial of toleration. It has zero relevance to real issues in the struggle for queer liberation." Others in the LGBTIQ+ community appear to feel the same way, with ANZ #LoveSpeech Mardi Gras advertising being vandalised in the Inner West suburb of Newtown. And some have taken to Twitter to discuss the topic.

my dislike of pinkwashing vs. how charming i find the sheer volume of mardi gras decorations around sydney: FIGHT

From protest to celebration

Mardi Gras was born from a night of political activism in 1978 when a Sydney event to contribute to international gay celebrations was met with police violence and arrests.

Today, around 200 floats take part in the annual parade in front of an estimated crowd of 300,000 people.

In recent years there has been a growth in the number of sponsors, with more than 40 "partners" involved in the 2020 event (including SBS as a broadcast partner). Participants will be coming from around Australia and across the world.
AAP

In a statement to SBS News, Mardi Gras defended the businesses involved in the parade.

"Organisations we partner with go through a selection process via independent committee to make sure they align with the Mardi Gras charter and have robust diversity and inclusion programs to further workplace protections for LGBTQI communities and to celebrate the importance of diversity in the workplace." 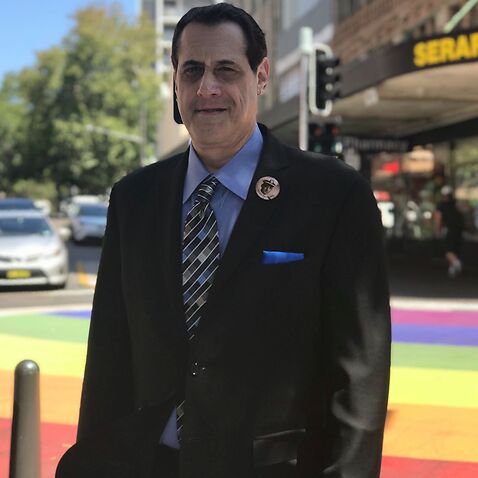 And the statement welcomed how businesses around Sydney were embracing the Mardi Gras season.

"We enjoy seeing all the rainbow aesthetics across the city and everyone embracing the Mardi Gras spirit. It is the integrated and strategic 360-degree campaigns with our official partners that are by far the most effective."

SBS News also reached out to some of the companies involved in the event about criticisms of corporate "exploitation".

A spokesperson for principal partners ANZ said their involvement is "one of the many ways we demonstrate the importance of diversity in the workplace and the community".

"Since taking up the principal partnership, we've seen significant increases in the numbers of staff identifying as LGBTIQ+ and increased perceptions that ANZ is open and embracing of all individuals." A Woolworths spokesperson said "we're proud to be a partner of the Sydney Gay and Lesbian Mardi Gras. It's an important event for many of our team members and a key part of our broader efforts to build a more inclusive workplace".

A Vodafone spokesperson said "Mardi Gras is just one of our many activities and initiatives to show our support for the LGBTI+ community, and our LGBTI+ employees tell us that this means a lot to them".

"We think it's really important for businesses to live their values, and our involvement is one way we demonstrate that we stand for inclusivity."

A Qantas spokesperson pointed readers to their statement on the Mardi Gras website.