Over three million Americans have filed for unemployment within a week as the economic impact of the Coronavirus hits the United States.

The United States is quickly becoming a new epicentre of the global coronavirus pandemic as new infections soared and unemployment claims skyrocketed to a historic high.

Hospitals increasingly have reported being overwhelmed with COVID-19 cases and 40 per cent of Americans are under lockdown orders, although a buoyant Wall Street recouped more of this month's massive losses as Congress moved forward on a $2 trillion rescue package.

More than 100 people died in the past day in virus hotbed New York, where a long line of people, most in masks and standing three feet (a metre) apart, snaked outside the Elmhurst hospital in Jackson Heights under police watch as they waited to be tested.

Governor Andrew Cuomo said the top priority was to "flatten the curve" of new cases as the New York City area tries to more than double its available number of hospital beds to 140,000.

We mourn the 385 New Yorkers we have lost to Coronavirus-related illnesses.

Tragically, we expect the number to rise as many patients have been on ventilators for weeks.

NY will keep fighting flat out to save lives.

Help us save lives by staying home.#NewYorkTough

"This is all about getting that curve down and not overwhelming the hospital system," Gov. Cuomo told reporters.

"Almost any scenario that is realistic will overwhelm the capacity of the current health care system," he warned.

Mayor Bill de Blasio said city hospitals in recent days have seen in influx of badly needed supplies from both the state and federal governments.

"That is a ray of light for sure," Mr de Blasio said Wednesday.

"But we know we're going to have giant challenges ahead in terms of producing enough hospital space or enough personnel who are trained to help us in this crisis."

The number of deaths caused by the novel coronavirus reached the grim threshold of 1,000 by late Wednesday and on Thursday the country had 69,246 confirmed cases, according to a Johns Hopkins University database. EMTs in protective masks bring a person into the emergency room in Queens, New York.

The number of infections is just below hardest-affected Italy and China, where the virus was first detected last year in the metropolis of Wuhan.

While fatalities remain higher elsewhere, experts say new infection numbers show that more Americans will die, and the true number of cases could be much higher than the official figure due to shortages of test kits.

The pandemic has already, and rapidly, been catastrophic to the world's largest economy, which looks to be heading into a recession.

The Labour Department reported that 3.3 million people applied for unemployment benefits last week, by far the highest number ever recorded.

Job losses have been widespread across sectors including food services, accommodation, entertainment and transportation, according to the normally routine report. Members of the Arizona National Guard pack and sort food items at a food bank.
AP

The US Congress, which is usually deeply polarised, has come together in the face of the crisis after negotiations between President Donald Trump's Republicans and rival Democrats.

The Senate overnight unanimously passed a $2 trillion package - the largest stimulus in US history, which will provide cash payouts that average $3,400 for an average family of four.

The bill heads Friday to the Democratic-led House of Representatives, where leaders of both parties have urged passage.

"It will pass and will pass with strong bipartisan support," House Speaker Nancy Pelosi told reporters.

"We will have a victory tomorrow for America's workers."

The next steps as we put #FamiliesFirst?

Wall Street's benchmark Dow Jones index had soared more than five per cent in late-morning trade, although it was still far down from this year's highs.

Many market players hope COVID-19 will be a short-term challenge followed by a strong recovery - a view avidly shared by Trump, who has banked on a strong economy as he seeks re-election in November.

Trump has voiced hope that normal life can resume by mid-April, a goal that many health experts say is unrealistic and jars with moves from Europe to India to keep people indoors to stem the virus, known formally as SARS-CoV-2. 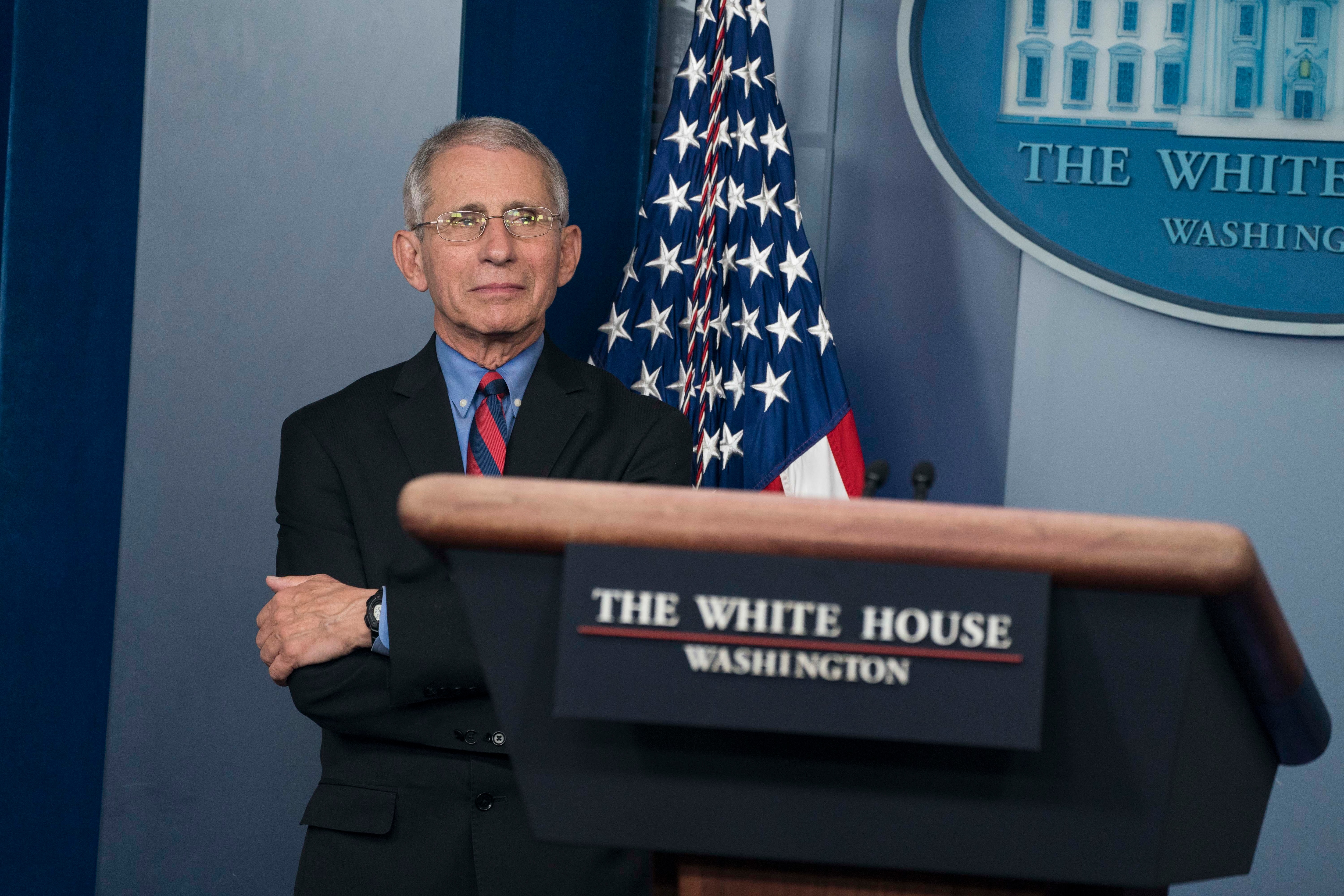 Dr. Anthony Fauci, director of the National Institute of Allergy and Infectious Diseases in the Press Briefing Room at the White House in Washington, DC, USA
UPI POOL

But top US scientist Anthony Fauci warned that the virus could become a regular occurrence - making the international race for a vaccine even more pressing.

He said that the disease was beginning to take root in countries in the southern hemisphere, where winter is on the way.

"And if, in fact, they have a substantial outbreak, it will be inevitable that we need to be prepared that we'll get a cycle around the second time," said Mr Fauci, who leads research into infectious diseases at the National Institutes of Health.

"It totally emphasises the need to do what we're doing in developing a vaccine, testing it quickly and trying to get it ready so that we'll have a vaccine available for that next cycle," he told reporters.