A landmark decision in a racial discrimination case brought against the State of Queensland and its police service will be delivered today.

19 November 2004
At around 10:20am on Palm Island, Senior Sergeant Chris Hurley arrests Cameron Doomadgee for swearing. Forty minutes later, Doomadgee is found dead in the cell. An investigation begins later that day. Hurley claims Doomadgee tripped on a step.

26 November 2004
Doomadgee's autopsy results indicate that he died from internal injuries, with the island’s pathologist claiming they are the result of "a fall". In response to the findings, riots break out on the island. Cameron Doomadgee died at the age of 36.
AAP

14 December 2006
Clare and the Crime and Misconduct Commission announce there is not enough evidence to lay charges against Hurley. 25 January 2007
Street, and independent barrister Peter Davis SC, determine that there is enough evidence to prosecute Hurley for charges of assault and manslaughter.

5 February 2007
Hurley is charged with one count each of manslaughter and assault of Doomadgee.

15 June 2007
Pleading not guilty, Hurley testifies in his own defence. He says he has “come to terms with the fact he caused the death”, but denies intention to cause harm.

20 June 2007
In less than four hours, the jury returns a verdict of not guilty in the Hurley trial, acquitting him of manslaughter and assault charges.

9 October 2008
Hurley launches an appeals to have the deputy coroner's findings overturned.

November 2008
Wotton sentenced to six years jail for his part in riot, serves 20 months and is released on condition he not talk to media or attend public meetings while on parole.

14 May 2010
In the third coronial inquest, Queensland deputy chief magistrate Brian Hine finds that there is no evidence that Hurley intentionally inflicted the fatal injuries.

17 June 2010
The Crime and Misconduct Commission finds that the two police investigations into Doomadgee’s death were flawed.

February 2012
Wotton's challenge to gag order while on parole rejected by High Court.

March 2016
Officers give evidence about the riot and response in Townsville.

December 2016
Verdict in racial discrimination case against Queensland Government and Police Force to be handed down. 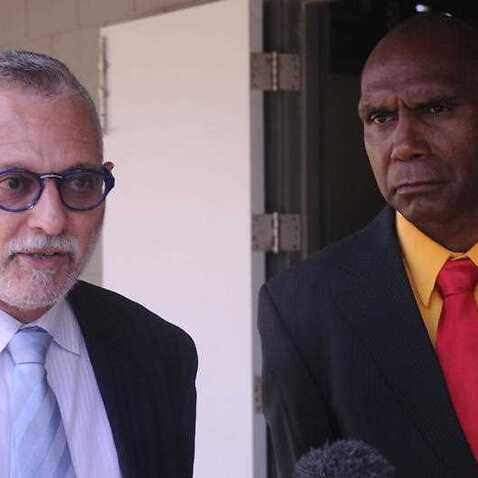