Pampers have announced they will install 5000 changing tables in men's restrooms in the US and Canada.

Nappies manufacturer Pampers has taken a small but game-changing leap in the step to gender equality in the US and Canada.

The company has announced it will install 5000 changing tables in men's restrooms across the two countries. 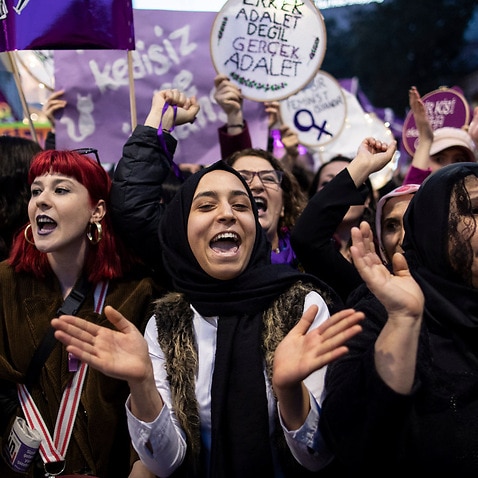 ‘A wake up call to the world’: Not one country on track to reach gender equality by 2030

Pampers will team up with changing table company Koala Kare to install the tables in "high-need locations" first, such as Cincinnati, Dallas and Detroit, specifically in public spots like parks and libraries.

About 500 tables will be delivered in the next few weeks. It might seem like a small measure, but the issue has been the centre of debate for several years.

Pampers celebrity spokesperson and father of two John Legend made the announcement on Monday.
"Dads have to resort to all these manoeuvres because there are no changing stations in our restrooms," Mr Legend said in a video after a series of fathers showed all the different places they changed their children's diapers and their quirky names for it.
The initiative went viral last year when American dad Donte Palmer posted a picture of himself squatting against a wall in a Florida restroom trying to change his child's nappie, sparking the hashtag #SquatForChange.
In 2015, actor Ashton Kutcher sparked international debate about the issue, calling people to #bethechange.
In Australia, all caregivers - regardless of sex - are allowed into parents' rooms, but there have been many incidents where men don't feel welcome.