The ABC has defended referring to the 26 January holiday as both Australia Day and Invasion Day after a News Corp article drew attention to criticism of its reporting.

The Australian, a News Corp masthead, has recently highlighted what it described as a "barrage of criticism" aimed at the ABC over the article.

Communications Minister Paul Fletcher on Monday also weighed into the issue, saying the ABC "clearly got this one wrong" by using both terms. The ABC has defended its editorial policy, saying its default terminology remains “Australia Day” while recognising others use terms such as “26 January” or “Invasion Day” for the date.

The ABC’s article is a guide of activities taking place in capital cities around the country on Australia Day.

“26 January marks Australia Day or Invasion Day, typically seen as a celebration of the nation or a day of sorrow for the colonisation of an ancient culture,” the article read.

The article went on to list both Australia Day events and "Invasion Day" protests that are scheduled for 26 January.

“While the ABC has editorial independence, and I do not control what it says, I call on the ABC to correct this inaccurate article,” Mr Fletcher said.

“The obligation on the ABC Board is clear under the Act: to ensure that the gathering and presentation of news is accurate and impartial.”

Mr Fletcher had sent 15 questions to the chair of the ABC Ita Buttrose demanding she justify the program “Inside the Canberra Bubble” questioning the behaviour of the senior ministers.

He had publicised his complaint on Twitter but denied the letter was aimed as a retaliatory measure to defend his colleagues. 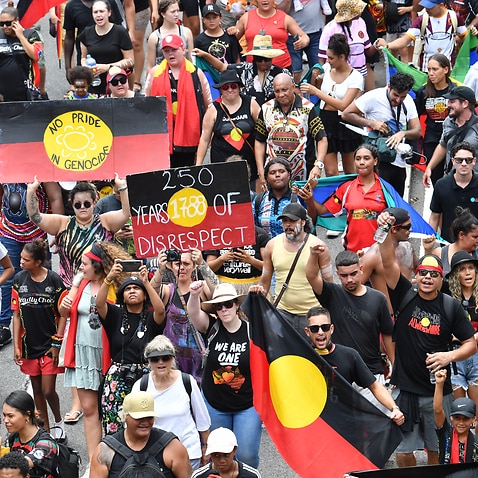 'This is a perennial issue'

The Australian’s article reported that “scores of Australians were quick to register their disapproval online" after the story was uploaded, which it described as using the terms "interchangeably".

A spokesperson for the ABC said debate over the terms "Australia Day" and "Invasion Day" was nothing new.

“Some audience members have been asking about the ABC’s terminology in stories and coverage around Australia Day. This is a perennial issue,” the spokesperson said.

“We also recognise and respect that community members use other terms for the event, including '26 January', 'Invasion Day' and 'Survival Day' so our reporting and coverage reflect that.

"It is important to note, though, that both the Macquarie and the Australian Concise Oxford dictionaries list 'Survival Day' and 'Invasion Day' as roughly synonymous with 'Australia Day', either as 'viewed by Indigenous people and their supporters' (Macquarie), or 'especially in Aboriginal Australian contexts' (ACOD)." 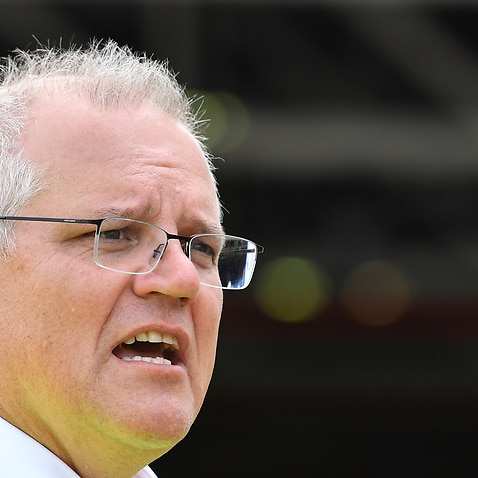 'All stories should be respected' on January 26, Scott Morrison says, as he moves to quell backlash

NSW Police Minister David Elliott has also rebuked the ABC over the article, saying he believed it had promoted illegal protests and wrongly referred to Australia Day as “Invasion Day”.

“They are going to need to be called to account,” he told 2GB.

“I just cannot believe that the national broadcaster … have decided to take it upon themselves to tell people to go to an event that’s actually going to put their lives in danger.

“For the ABC to take it upon themselves to change the name to ‘Invasion Day’ just goes to show how out of touch they are with Australians.”

No more than 500 people are allowed at a protest in Sydney under COVID restrictions.