One Nation leader Pauline Hanson has taken to Twitter to ask for people to share examples of 'anti-white racism', after users called for her account to be banned.

An attempt by Queensland Senator Pauline Hanson to defend herself from a so-called 'Twitter mob' has backfired, with hundreds of users slamming her claims of "anti-white" racism.

On Thursday, the leader and founder of the One Nation party responded to calls from critics for her social media account to be removed, by saying she wanted to "turn their hashtag into a force for good", attacking the "Twitter mob... trying to get me deplatformed".

"Anti-white racism is often ignored because victims remain silent but it is important the truth get out. Use #WakeUpToRacism to share your experiences of anti-white racism," she posted.

A twitter mob is trying to get me deplatformed. I think we can turn their hashtag into a force for good. Anti-white racism is often ignored because victims remain silent but it is important the truth get out. Use #WakeUpToRacism to share your experiences of anti-white racism.-PH

The call-out quickly gained traction as people replied to her Tweet with tongue-in-cheek examples of 'anti-white racism' such as perceived racism in movie titles and song lyrics.

I asked someone what that basketball movie with Woody Harrelson was called. I can’t repeat their reply - it’s just too upsetting. #wakeuptoracism

whenever the girlies say i’m pretty fly they always add the proviso “for a white guy” #wakeuptoracism pic.twitter.com/hQ5G124N8x

Vet and television celebrity Dr Chris Brown also weighed in, after ABC comedian Mark Humphries joked he was often mistaken for him before adding 'not all white people look the same.'

I sometimes get mistaken for @drchrisbrown. Not all white people look the same.

But not all responses were satirical, with many Twitter users expressing genuine outrage at Senator Hanson's claims of 'reverse racism'.

Anti white, or reverse racism, does NOT exist. It’s simply not a thing. White privilege, on the other hand, is VERY MUCH a thing.
Check your boxes, Karen...I mean, Pauline.

Another used the trending hashtag as an opportunity to highlight the life expectancy of Indigenous men in remote Australia.

The life expectancy of Indigenous men in remote areas is as low as 36 years. #WakeUpToRacism

Senator Hanson is not the only conservative facing a potential ban from the social media platform for expressing her views - Sky News host and News Corp columnist Rita Panahi was locked out of her Twitter account on Thursday for 12 hours. 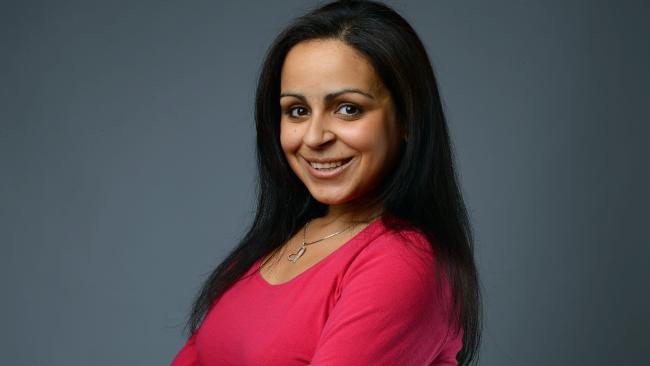 Twitter said she had 'violated its rules against posting private information' in a tweet from February 2017 which included an attachment of an email she received from American racial justice and civil rights activist Linda Sarsour.

BREAKING: Twitter has suspended @RitaPanahi for a 2017 tweet where she appears to have tweeted out a screenshot of a nasty email that she received

Panahi is a right-leaning news personality

Twitter sent her this notice, warning her that they may permanently ban her pic.twitter.com/14My2puqY9

In an interview on Sky News, Ms Panahi said its "high time a new platform came about so Twitter had some real competition and there was somewhere else for people to go who don’t like the biased nature of the platform."