Greens leader Adam Bandt has introduced a bill to formally declare a climate emergency and set up a 'war cabinet' to tackle the crisis.

Greens leader Adam Bandt has painted a post-apocalyptic future for Australia unless the government declares a climate emergency.

Mr Bandt told parliament on Monday that "environmental collapse was here" as he introduced his bill to formally declare the crisis.

"It is not scaremongering, it is hard physics and we have just had a taste of it over the last summer," he said.

"People are angry and are anxious and are desperately looking for leadership." 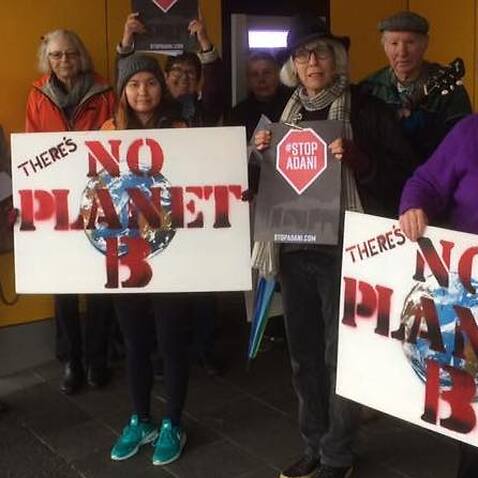 He said northern Australia would be inhospitable for parts of the year, one-in-six native species would be extinct, mosquito-borne diseases will travel south and the country's river systems will see more algal blooms that lead to mass fish kills in the Murray-Darling.

Under the bill, the government would be required to set up a "war cabinet" to tackle the crisis, government agencies would refer to the declaration of a climate emergency when developing policy and table annual reports on how they were meeting their obligations.

Mr Bandt's bill was seconded by independent MP Zali Steggall, who knocked off former Liberal prime minister Tony Abbott for the NSW seat of Warringah at the last election.

"There is no doubt we are in the midst of a climate emergency," Ms Steggall said.

"We have a duty to Australian people ... it is time for us all to be accountable."