Peter Dutton has reportedly called on his department to "consider and accept" persecuted white South African farmers - despite the fact Australia has only take in a fraction of South African applicants over the past decade.

Only a small percentage of South Africans seeking refuge in Australia have had their applications approved, as Home Affairs Minister Peter Dutton instructs his department to assist persecuted South African farmers, The Australian reports.

In March, Mr Dutton directed his department to examine how it could better assist white South African farmers facing violence in their homeland, saying Australia had an obligation to help.

"It's an horrific circumstance that they face and Australia has a refugee and humanitarian program — as well as a number of other visa programs — where we have the potential to help some of these people that are being persecuted," he said at the time. But, only 41 of 350 applications from South Africans have been accepted since 2008 under the offshore humanitarian and refugee program, according to The Australian.

A further 213 people are still waiting to see if their applications were successful.

In June Liberal party members unsuccessfully pushed to have white South African farmers singled out for special treatment when applying for asylum in Australia.

The policy, put to the Liberal federal council, called for a change in policy wording from “South African minorities targeted by hate crimes” to “European farmers”, to ensure white farmers were given particular attention. The push was slammed as an attempt to revive the White Australia policy by the Greens and Mr Dutton’s comments drew a rebuke from the South African government.

White owned farmland accounts for 72 per cent, while just four per cent is owned by black South Africans, according to government figures. The overall population is about nine per cent white and 76 per cent black, with renewed racial tension seeing a number of white families attacked on their homesteads.

The South African government recently amended the country's constitution to allow land to be seized from white farmers without paying them compensation, if it was determined to be in the "public interest". A rally in support of South African white farmers in Brisbane.
SBS

Earlier this year, Mr Dutton asked the Home Affairs Department to “look at ways in which we can provide some assistance” to farmers affected by the tension. 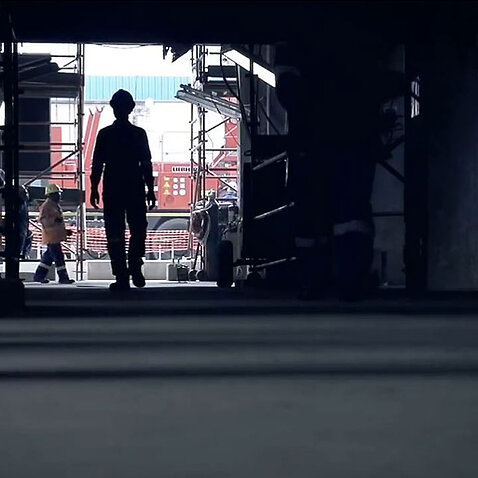 White South African workers to strike over perks for blacks

“If people are being persecuted — regardless of whether it’s because of religion or the colour of their skin or whatever — we need to provide assistance where we can,” he told 2GB radio in March.

“People make the point on occasion that we’re too generous, but I think in this circumstance we do have to look at the persecution that’s taking place. We have a huge South African expat community within Australia. They work hard, they integrate well into Australian society, they contribute and make us a better country and they’re the sorts of migrants that we want to bring into our country.”

The Department of Home Affairs has been contacted for a comment.