Labor and the Greens tried to formally condemn Peter Dutton for allegedly lying to Parliament, but lost by one vote.

Peter Dutton has survived a push from the Greens and Labor to bring on a vote of no confidence in his position as the minister for Home Affairs, after a Senate committee found the minister "misled" Parliament.

The Greens-led motion to suspend the parliament and bring on a vote was defeated in a 67 – 68 split, with no members of the government crossing the floor.

The inquiry was investigating Mr Dutton's use of ministerial powers, which he used to stop the Border Force deporting two young women in 2015 over suspicions they planned to work as au pairs in Australia, despite coming on tourist visas.

Mr Dutton intervened in both cases after he was contacted by the host families, overriding advice from border officers and granting last-minute tourist visas so the young women could stay in the country. The motion will only pass the House of Representatives if several Coalition MPs were to cross the floor, and there is no indication that any will.

"If the Labor Party thinks that the worst thing that can happen in Australia is an au pair comes and reads you a bedtime story, then that tells you everything you need to know about their views on national security."

The minister's personal connections to the men has been at the centre of an ongoing political saga for weeks.

One request for help came from a man Mr Dutton knew in the Queensland Police when they both worked there 20 years ago. The other was forwarded by Gillon McLachlan, the boss of the AFL, on behalf of his second-cousin. Mr Dutton met Mr McLachlan in his former role as sports minister.

Mr Dutton was asked if he had a personal relationship with the families when the story broke months ago. "No," he replied.

"I don't know these people," he said at the time.

But the Constitutional and Legal Affairs committee, which Mr Dutton points out has a Labor-Greens majority, found otherwise.

“It is the view of the committee that Mr Dutton had a clear personal connection and existing relationship with the intended employer of the au pair in the Brisbane case," the report read, referring to the case with the Queensland policeman.

"Given his definitive answer in the House of Representatives, it is the view of the committee the minister misled Parliament in relation to this matter."

The report was handed down in Parliament on Wednesday evening, after Mr Dutton had preemptively told reporters to expect a "witch-hunt".

"I confirm the evidence before the committee shows that Mr Dutton had both a personal connection with the intended employers of au pairs and misled the Parliament in claiming otherwise," Labor senator Louise Pratt told the Senate chamber.

"This undermines the integrity of Australia’s immigration program."

The government is expected to dismiss the findings of the inquiry as a partisan attack on the high-profile minister, who recently challenged for the Liberal leadership.

Earlier on Wednesday, the committee released some 160 pages of evidence - mostly case files and leaked emails - that it received in the course of its inquiry.

The emails reveal the Australian Border Force (ABF) warned Mr Dutton it was not ‘appropriate’ to intervene in the November 2015 case.

“The ABF does not agree with the content, or think it is appropriate the minister intervene,” an email from an inspector at the ABF command centre wrote to the department. The officer’s name has been redacted.

Nonetheless, the minister agreed to intervene and allow the individual to remain on a tourist visa, with a reminder that they were not allowed to work. 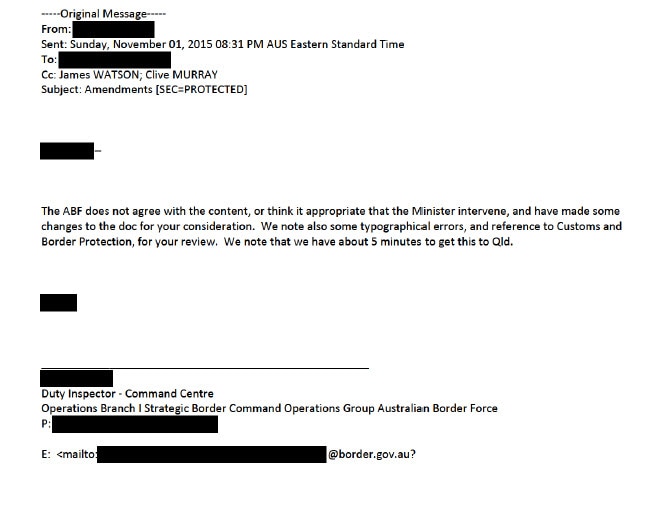 A screenshot of one of the emails from a Border Force officer.
Senate

Another email reveals Clive Murray, the assistant commissioner at the time at the Strategic Border Command, had warned the intervention could cause “financial liability” for the department as the woman’s return flight was already booked with the airline.

“There may be some financial liability to the Dept if the removal does not proceed as the airline has been formally served. [Border Command] will be providing detail which does not support the minister intervening,” Mr Murray wrote.

Case files in the cache of documents also show the reasons why Border Force officers believed one of the women planned to work.

A search of the young woman’s phone uncovered text messages, asking if the woman was “keen to earn some extra cash while you are here?”

The person asked if they could inquire with friends about potential babysitting jobs so the visitor could earn a “bit of cash to fund fun”.

The young visa applicant replied: “Sure! Extra money for fun is always welcome!”

Mr Dutton has repeatedly said the two women did not work while they were in Australia, as per the conditions of the last-minute tourist visas they were granted at his request. 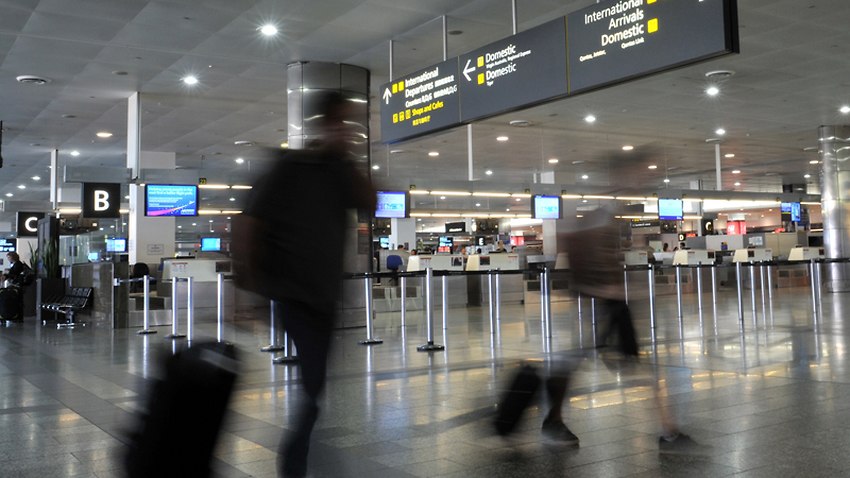 File: The women were stopped on arrival in Australia on suspicion they planned to work on a tourist visa.
AAP

The emails also reveal the pace with which the department worked to find a solution.

In the November 2015 case, the minister’s office requested “urgent” advice from the department so the minister could act before he got on a plane bound for Jordan later the same day.

A string of emails shows some staff rushed back to the office to deal with the matter.

“This will be very tight, but we’re on it,” wrote on department official.

Senator Pratt said the emails proved there was a "high level of intervention and co-operation of the ministers’ office with the parties asking for intervention". 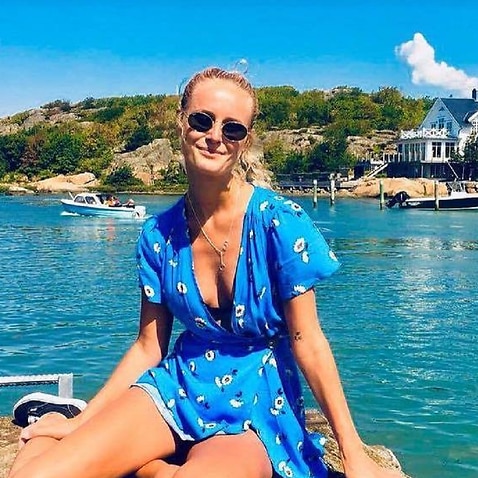 Mr Dutton has dismissed the significance of the report.

As the minister, he is within his powers in the Migration Act to intervene in visa cases.

“Without preempting or spoiling your surprise, I suspect they're going to say I'm a bad person,” Mr Dutton said.

“The evidence won't back that up. But that'll be the claim of course made by Labor and the Greens.”

The opposition is not claiming Mr Dutton broke the rules, but rather that he was doing special favours for people he personally knew when others were stonewalled by his office.