The Philippines is reporting its first outbreak of polio in nearly 20 years, after the virus was detected in sewage and in waterways.

The Philippines has detected its first case of polio since 2001, officials said Thursday, putting some of the blame on mistrust stoked by a dengue fever vaccine scandal.

Health authorities said a three-year-old girl in a southern province had contracted polio, while the virus was also detected in Manila's sewage and in waterways of the large southern city of Davao.

"This is our first polio case of any kind since 2001," Health Secretary Francisco Duque told AFP.

The health department said it was also investigating one other suspected case, but gave no details.

"We are concerned the there are maybe other people who have been exposed to this virus and there could potentially be other cases," WHO country representative Rabindra Abeyasinghe told reporters.

Over the past three decades the world has made great strides in the battle against polio, a highly infectious disease which can lead to paralysis or even death and has no cure. 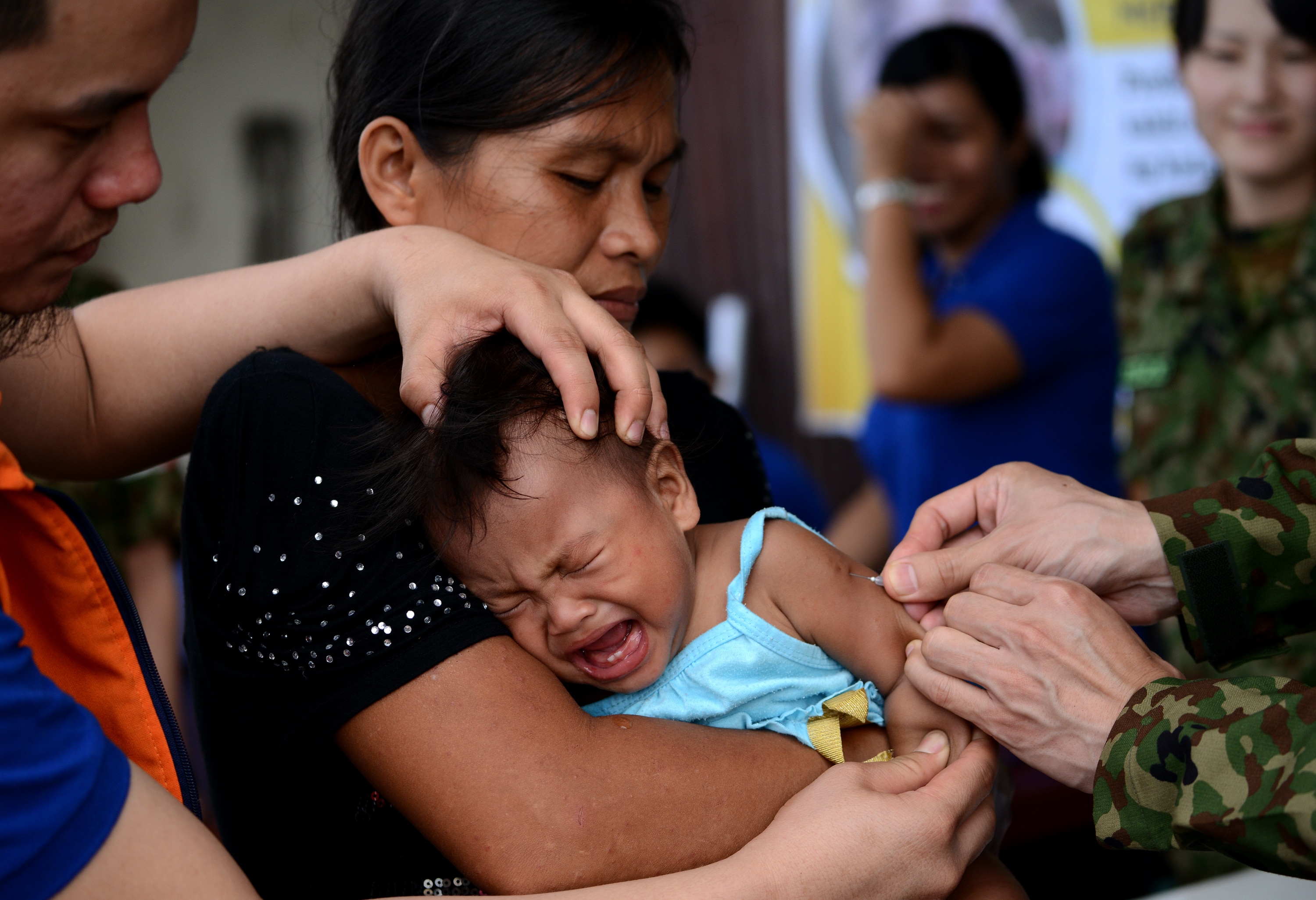 A mass vaccination program was carried out in The Philippines to protect children from polio and measles in 2013.
AFP

The news comes after the Philippines was hit by measles and dengue outbreaks earlier this year, killing more than a thousand people, as many parents did not get their children vaccinated.

"When your (immunisation) coverage is very low, you can have the vaccine-derived virus being transmitted from person to person," Abeyasinghe said, referring to polio.

"It is the only way to stop the polio outbreak and to protect your child against this paralysing disease," Duque added. The dengue-prone country in 2016 became the first nation to use Dengvaxia, the world's first dengue vaccine, in a country trial programme involving hundreds of thousands of schoolchildren.

But controversy arose after its French manufacturer Sanofi disclosed a year later that it could worsen symptoms for people not previously infected with the virus. Manila stopped the programme and banned the vaccine.

The disclosure sparked a nationwide panic, with some parents alleging the vaccine killed their children, though a government-commissioned investigation found no conclusive proof that it did.

Polio strains detected in Lanao del Sur, Manila and Davao are all of the vaccine-derived variety like the three last cases detected in the country in 2001, Duque and Abeyasinghe said.

This type has genetically mutated from a weakened strain of wild polio that is contained in the oral vaccine used all over the world to control the disease.

"The mutation happens only if the vaccine coverage is low. It gives the virus an opportunity to multiply," Abeyasinghe told AFP.

"Otherwise they die out."

The WHO declared the Philippines free from the wild polio virus in 2000, seven years after its last case was monitored in the country.